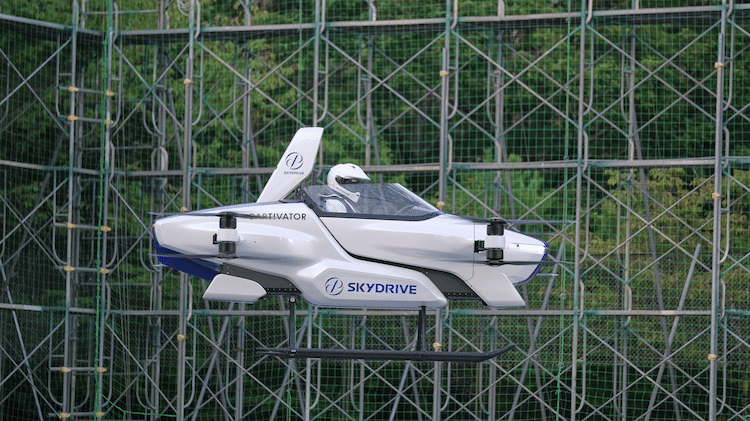 We've all seen old science fiction films where, in the future, people are zipping around on their flying cars. Well, the future is now! In Japan, the Toyota-backed startup SkyDrive conducted the first public run of their flying vehicle. Whizzing around the Toyota test field, the single passenger flying car made quite an impression.

Looking like an enormous drone, the vehicle was manned by a pilot and hovered several feet above the ground while maneuvering around the test field. Though the flight lasted just four minutes, it is an incredible achievement for SkyDrive. Designed to be the world's smallest electric Vertical Take-Off and Landing (eVTOL) vehicle, SkyDrive's SD-03 model takes up the space of just two parked cars. The sleek cabin is surrounded by eight rotors powered by individual engines, which ensures safety during emergency situations.

While the test drive is certainly a breakthrough, there's still work to be done. SkyDrive is hoping to complete enough test flights in the enclosed area to meet safety provisions that will allow the team to take it for flights outside the test field. Currently, this futuristic mode of transit can only fly for just five to 10 minutes. SkyDrive president Tomohiro Fukuzawa hopes that this can be expanded to 30 minutes, which would make the vehicle helpful in exports. 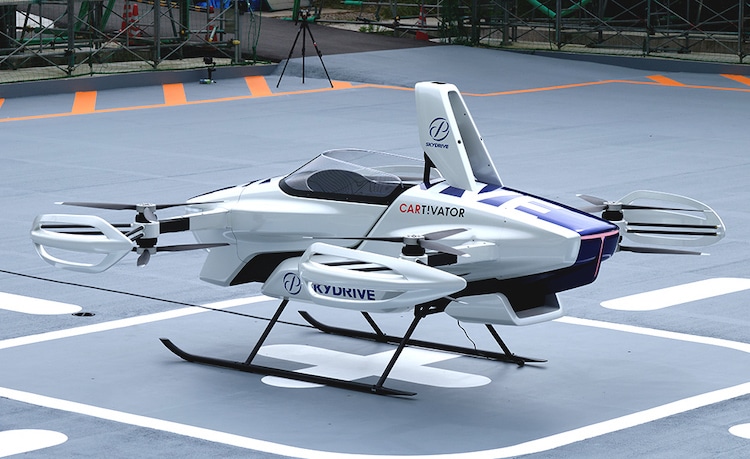 “We want to realize a society where flying cars are an accessible and convenient means of transportation in the skies and people are able to experience a safe, secure, and comfortable new way of life,” says Fukuzawa.

The aim of SkyDrive is to have its flying car on the market by 2023. To do so, the company will be making a big push in the coming years, helped in part by Toyota's funding and the expertise of its engineers. Whatever hurdles it faces, one thing is for certain, they've brought us one step closer to living out our Jetsons fantasy.

All images via SkyDrive.

The Sleek Flying Car of the Future is Here Now