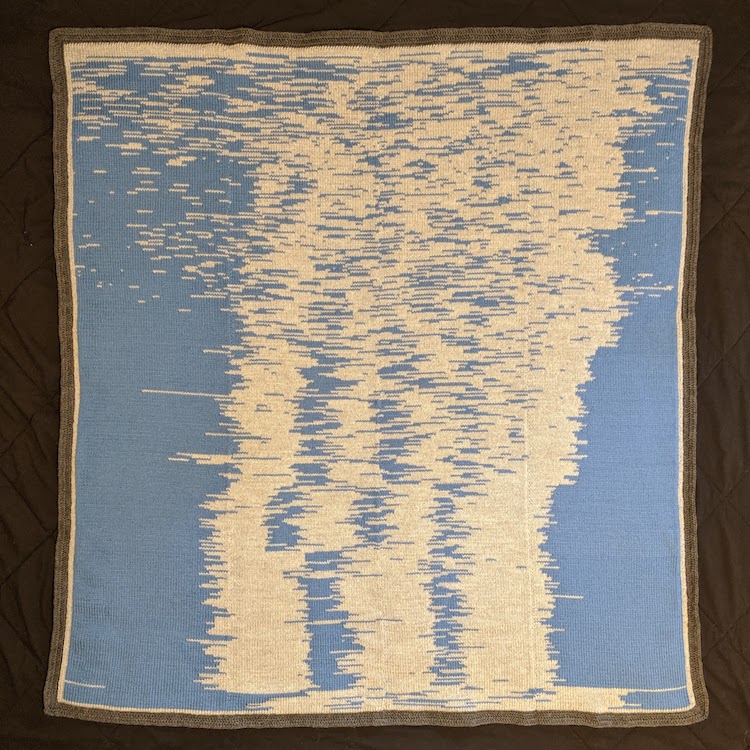 Today, tech-minded artists are coming up with crafty ways to visualize different kinds of data. Blurring the line between art and science, these projects put a contemporary twist on traditional handiworks, materializing as a rail delay scarf, a farm-fishing mosaic, and, thanks to Seung Lee, even a “Sleep Blanket.”

Lee, a Seattle-based webcomic artist, became a father in 2017. Like most new parents, Lee found the first year of son's life to be “incredibly intense and more full of love” than he could have imagined. In order to commemorate this fleeting period, Lee looked to one of young infancy's most defining phenomena: a baby's sleep schedule.

After exporting data collected from a sleep tracking app, Lee skillfully translated the information into a knitting pattern, which he used to craft the blanket. Within a skillfully crocheted border is a series of double-knit panels comprising several rows of stitches. Each row represents a single day, while each stitch symbolizes six minutes of time spent awake of asleep, culminating in a detailed reading of his son's shifting sleep patterns. 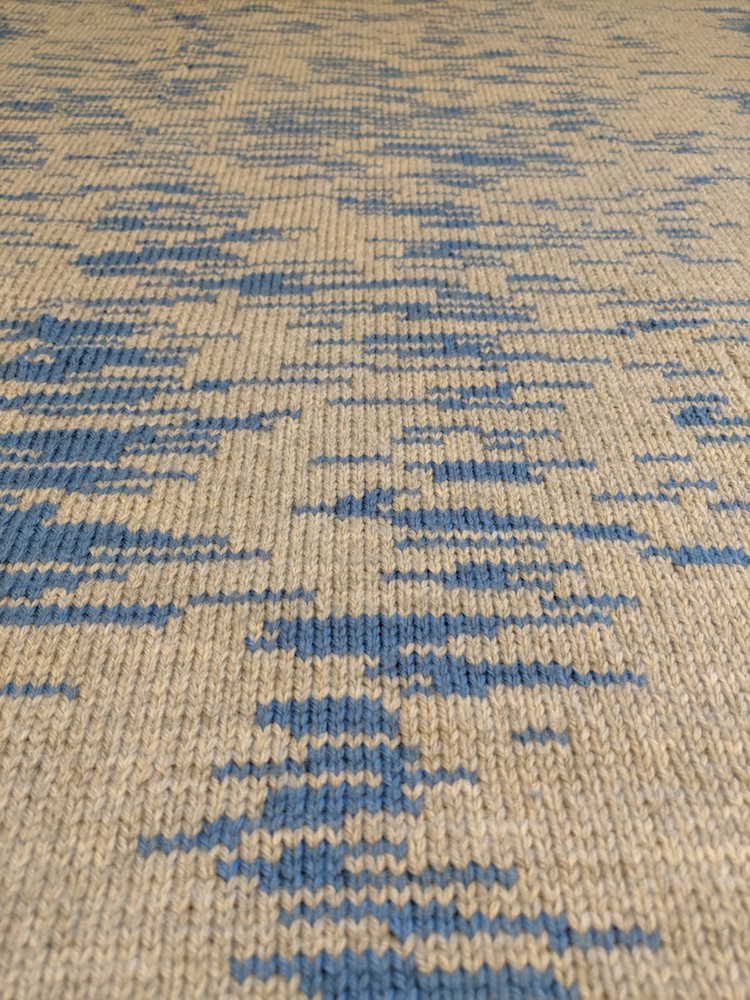 Lee spent 300 hours over the course of 104 days completing the cozy keepsake blanket, which ended up measuring 42 by 45 inches and featuring 18,500 stitches. With this information in mind, it is not surprising to learn that the new father became entirely engrossed in the craft.  “I basically spent every free moment I had knitting,” he tells My Modern Met. “The panels that make up the blanket are small enough so I could take it with me everywhere. I was knitting in coffee shops and on trains and buses and planes. It traveled with me to the Bay area for work and back to the East Coast to visit family.”

Fortunately, it seems that Lee's dedication paid off in more ways than one. After sharing his project online, he received overwhelmingly favorable feedback—a response he attributes mostly to the Sleep Blanket‘s accessible and versatile subject matter. “I've been a little floored by the response which has been almost universally positive and supportive,” he reveals to us. “It makes sense though since it’s relatable to lots of different people whether they’re a parent, a knitter, a data scientist, or a developer.”

However, even with a sense of such personal success and widespread acclaim, Lee is mostly pleased by the reaction of his son, proving that the Sleep Blanket was truly a labor of love. “Now as I’m looking at it, I don’t really think about all the work that went into it,” he tells My Modern Met. “I think about how nice it looks and how soft it feels and how when I told my son I made a blanket for him, he said, ‘Blanket! Blanket!' and then asked to sit on it and rolled around and wrapped himself up in it. I think I accomplished what I set out to do.” 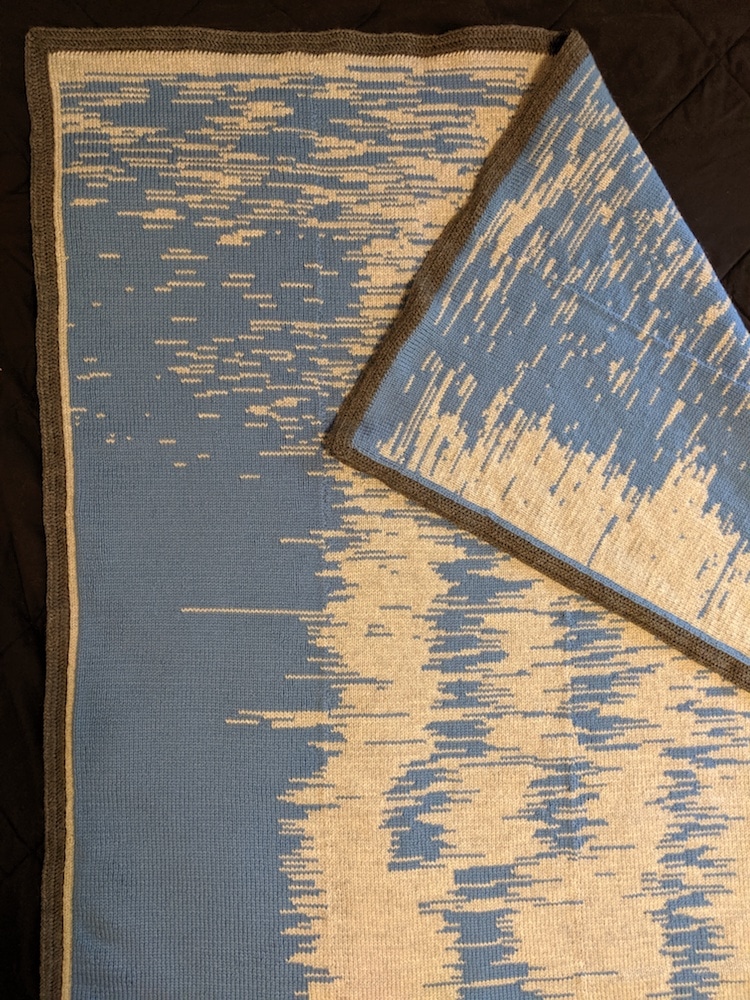 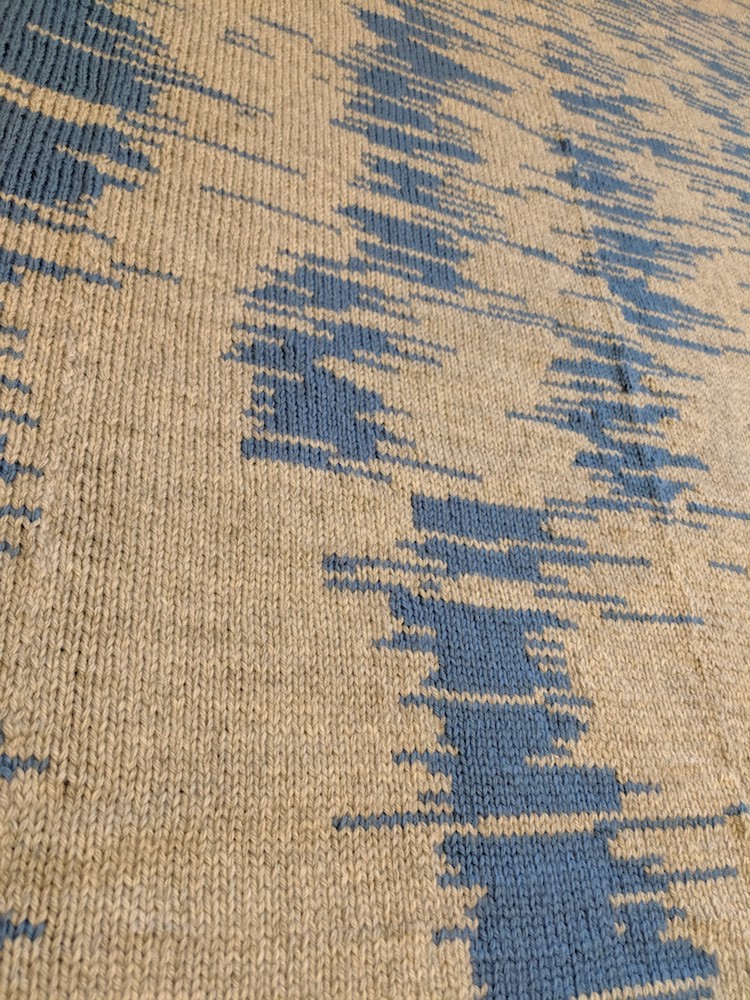 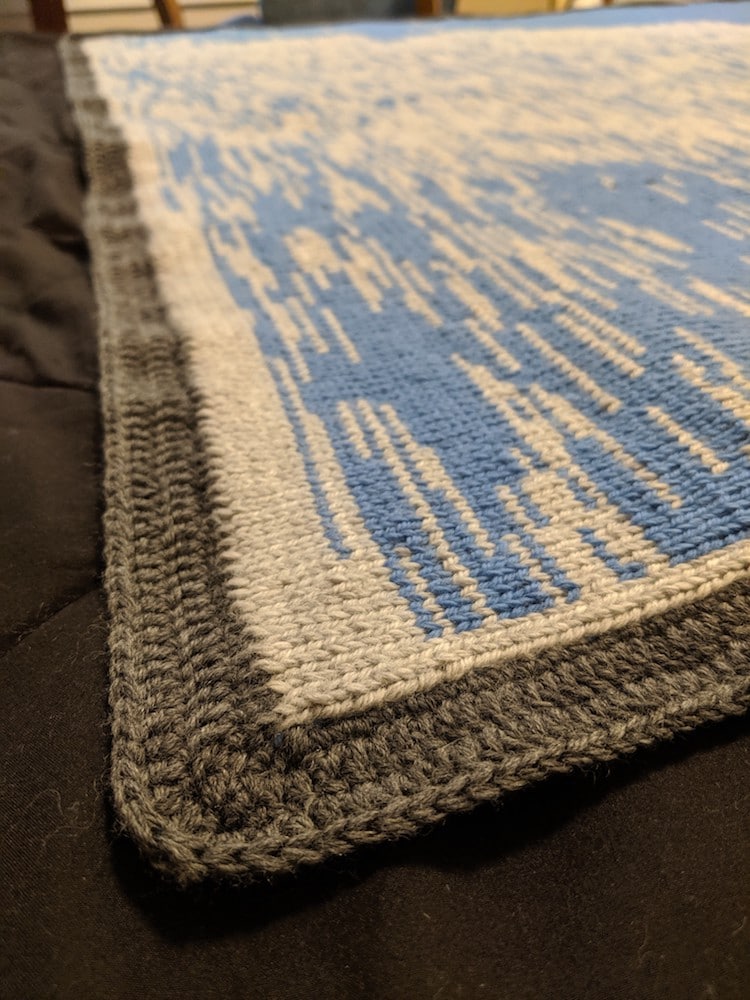 Lee spent 300 hours over the course of 104 days completing the blanket, which comprises 18,500 stitches. 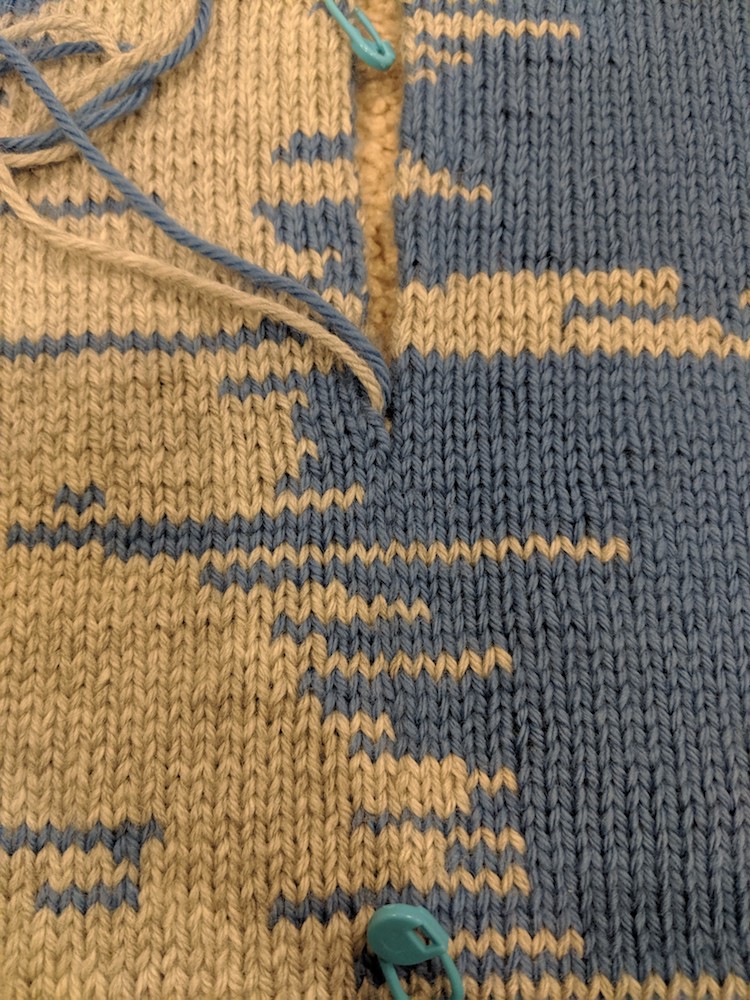 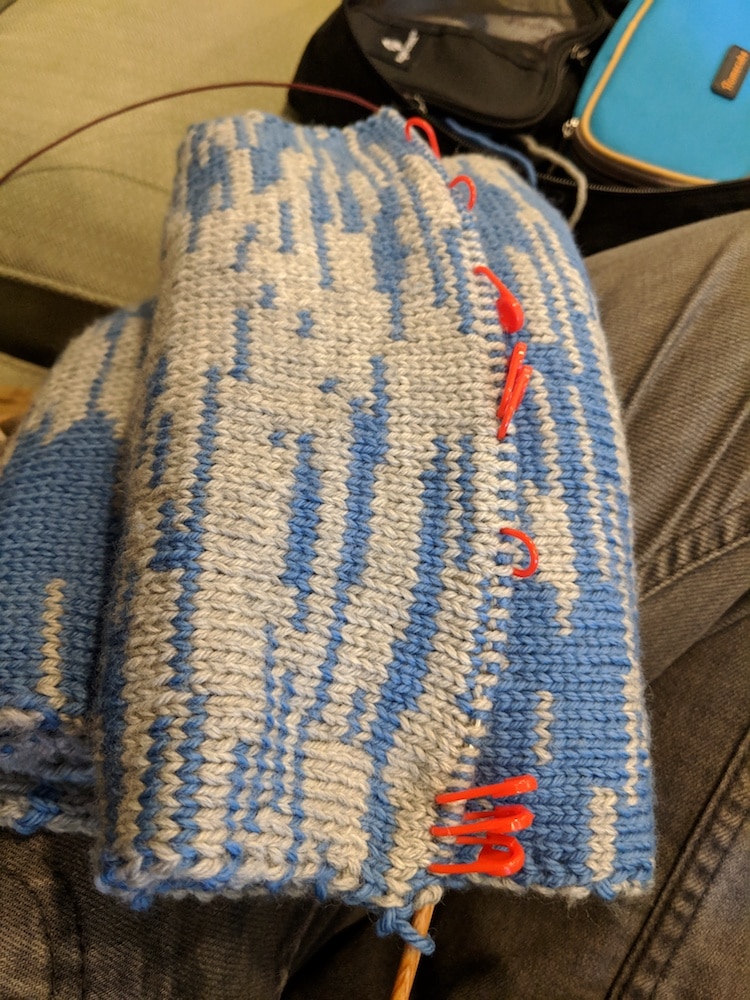 Fortunately, it seems that this labor of love has a fan! 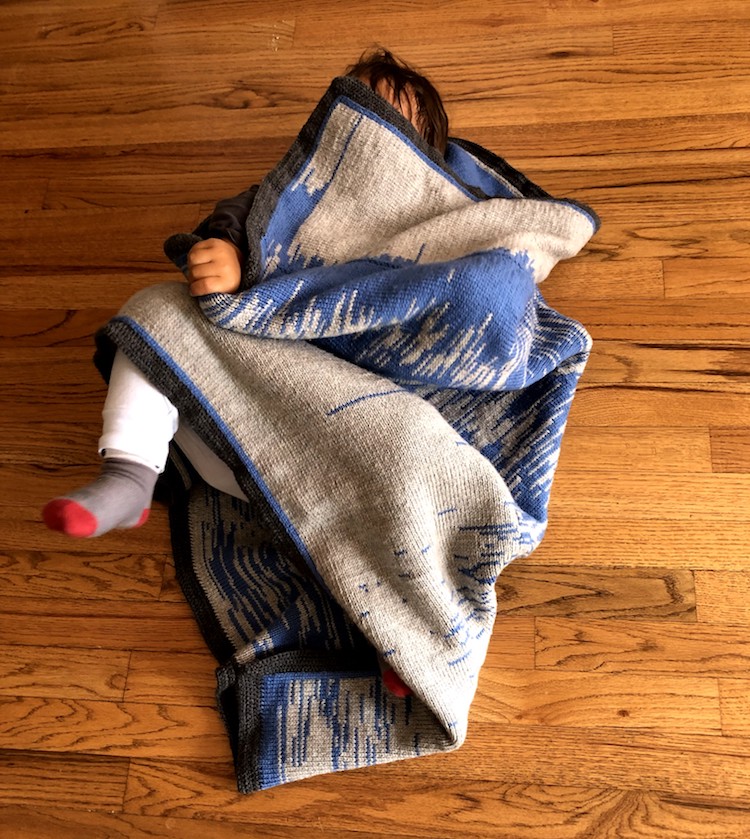 Dad Searches for Discontinued Cup for Son with Autism, Internet Helps Get 500 of Them