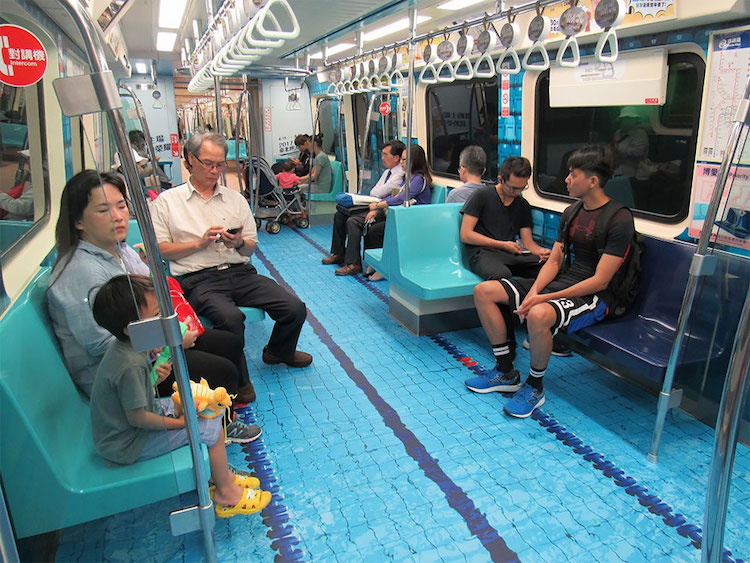 Immersive advertising is an ingenious way to get people excited about a campaign or cause, because they then feel like they’re part of the action. This can happen any place—even somewhere as ordinary as public transit. The New York Public Library recently transformed one of their underground trains into a Subway Library, complete with seats camouflaged as book shelves. In a similar fashion, Taipei City has cloaked the interiors of their mass rapid transit (MRT) trains as various sporting event venues. The purpose of this is to get people excited about the upcoming 29th Summer Universiade Games, taking place from August 19 to August 30, 2017.

The Summer Universiade is an international sporting and cultural event that’s “second only to the Olympic Games.” Hosting it is an honor, with student-athletes from around the world competing and celebrating “friendship and sportsmanship.” To prepare for the Games, Taipei City constructed over 70 new venues.

If citizens were lukewarm on the Summer Universiade before, the clever ads should get them in the spirit. Train cars now have their floors decorated with tracks, soccer fields, basketball courts, and aquatics. These sprawling coverings boast the colors and textured you’d find in those places. The swimming pool, in particular, is the most effective of the series. Its flooring features ripples that make commuters feel like they're really dangling their feet over water.

In a series of clever advertising ideas, the mass rapid transit trains in Taipei City got a makeover for the 29th Summer Universiade Games. The cars were transformed into immersive sports fields and even a swimming pool. 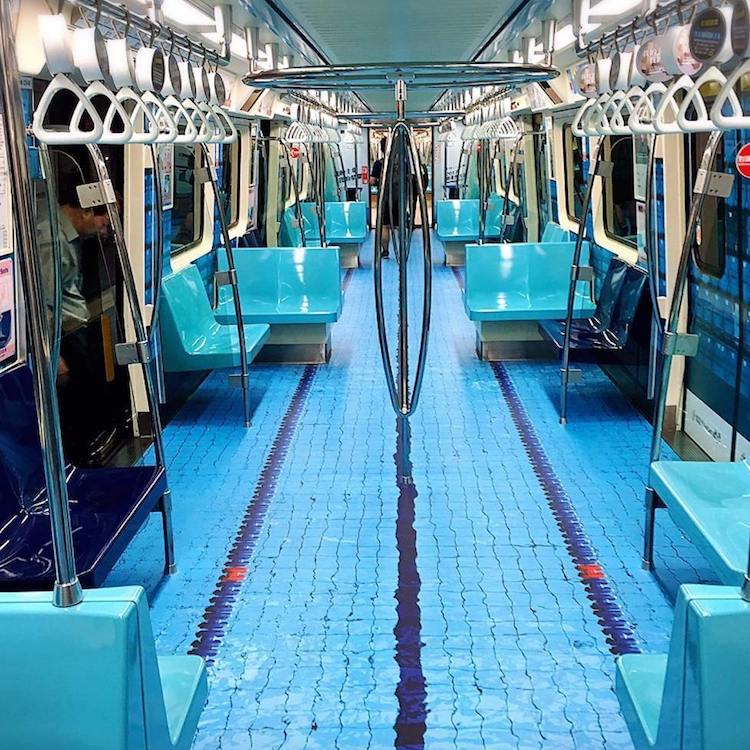 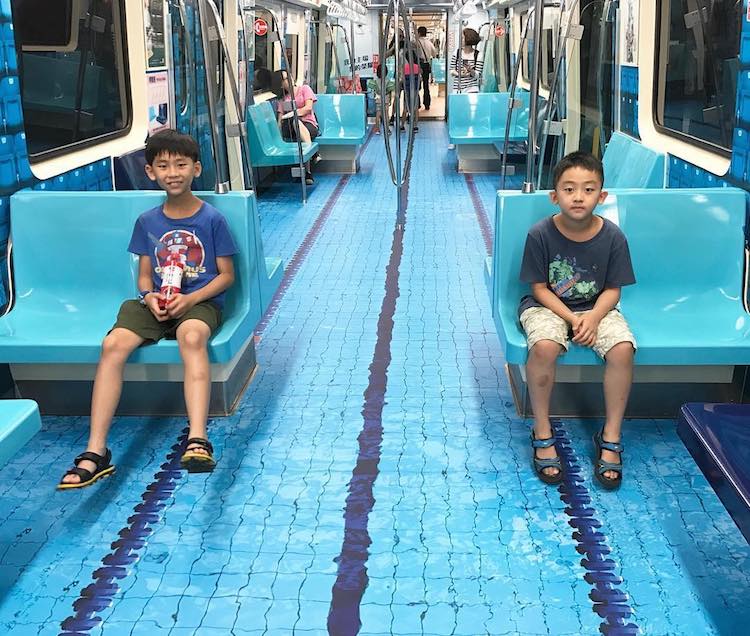 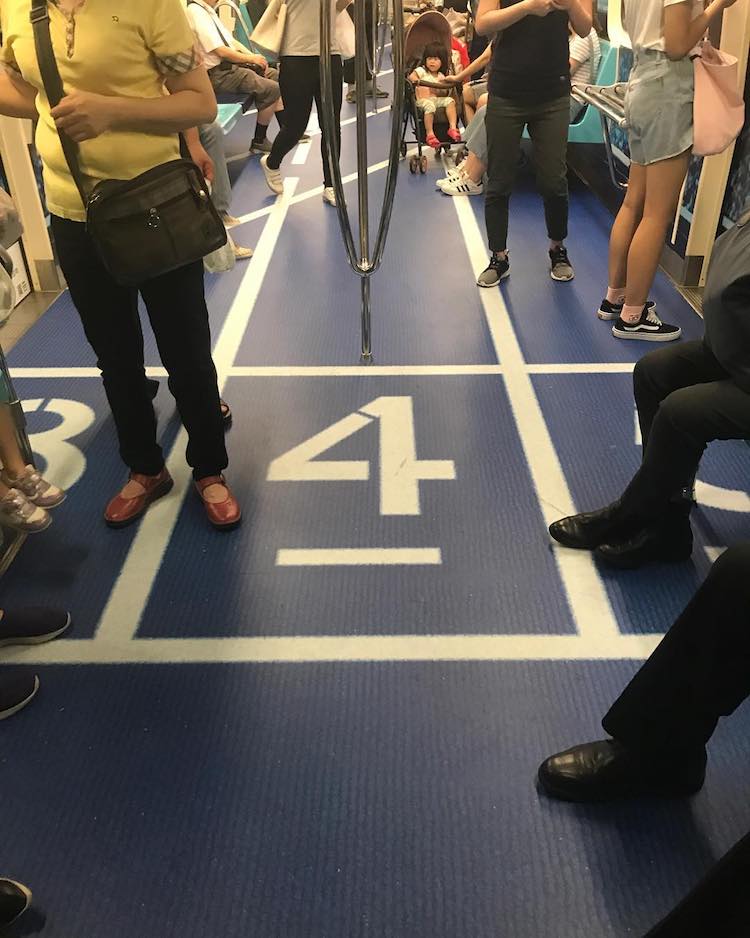 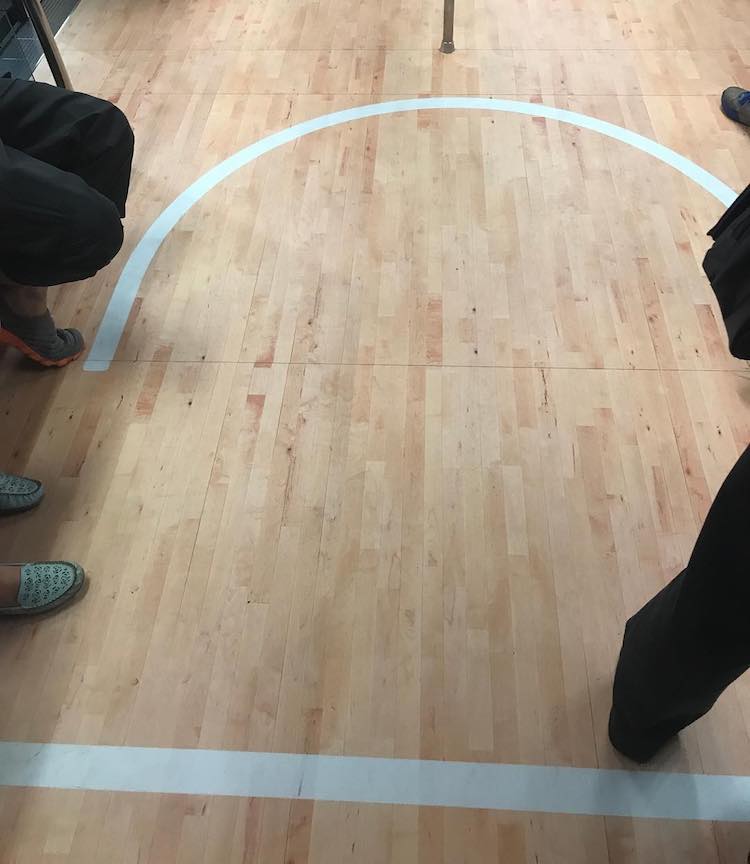 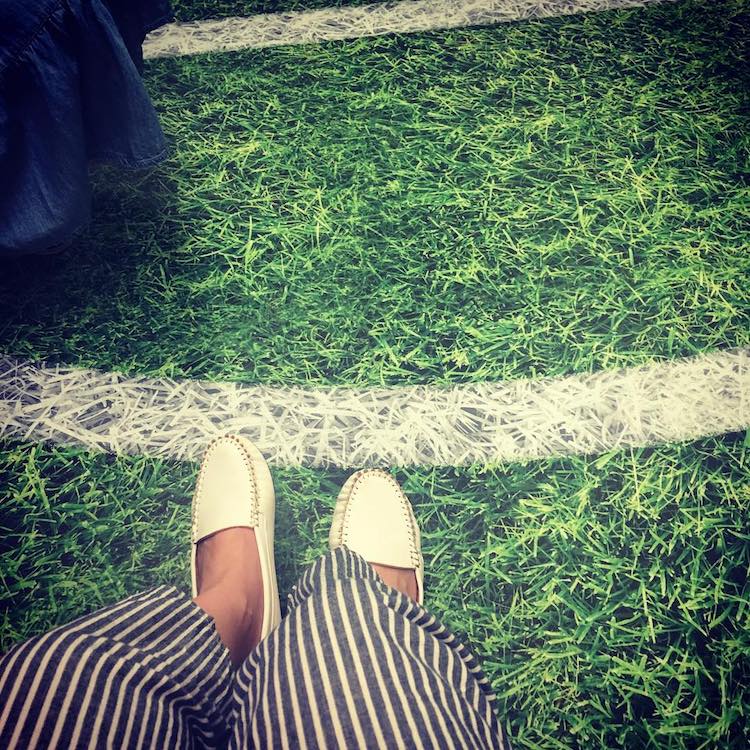 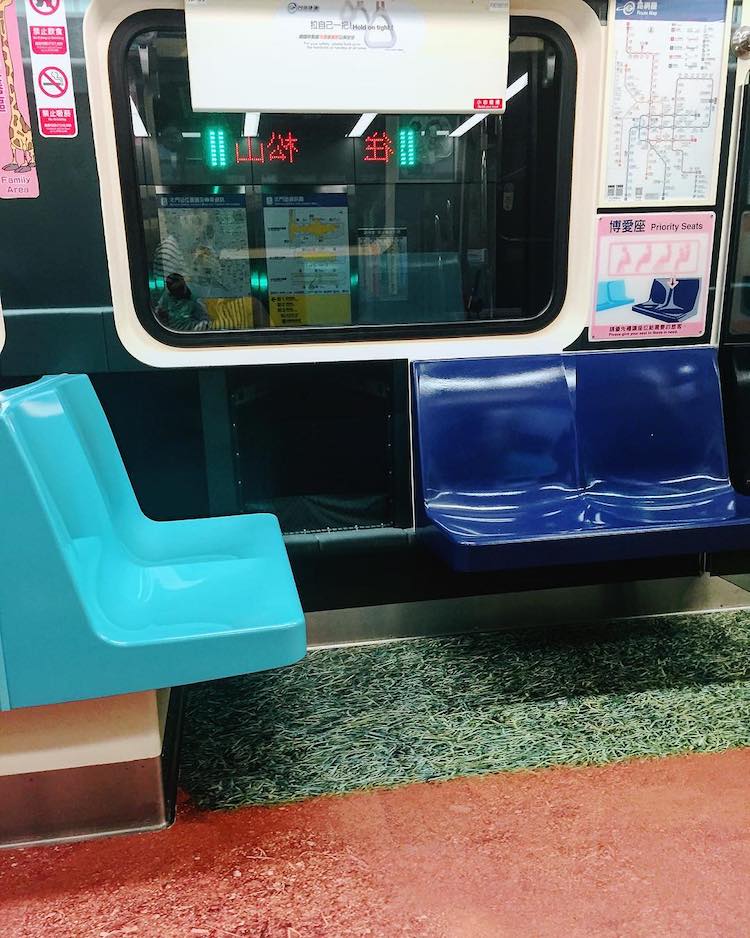 Riders had fun pretending like they were in the midst of competition. 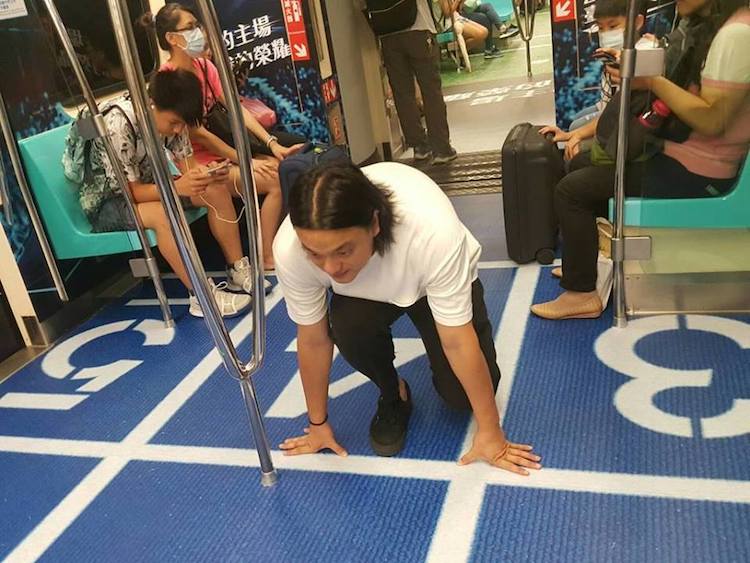 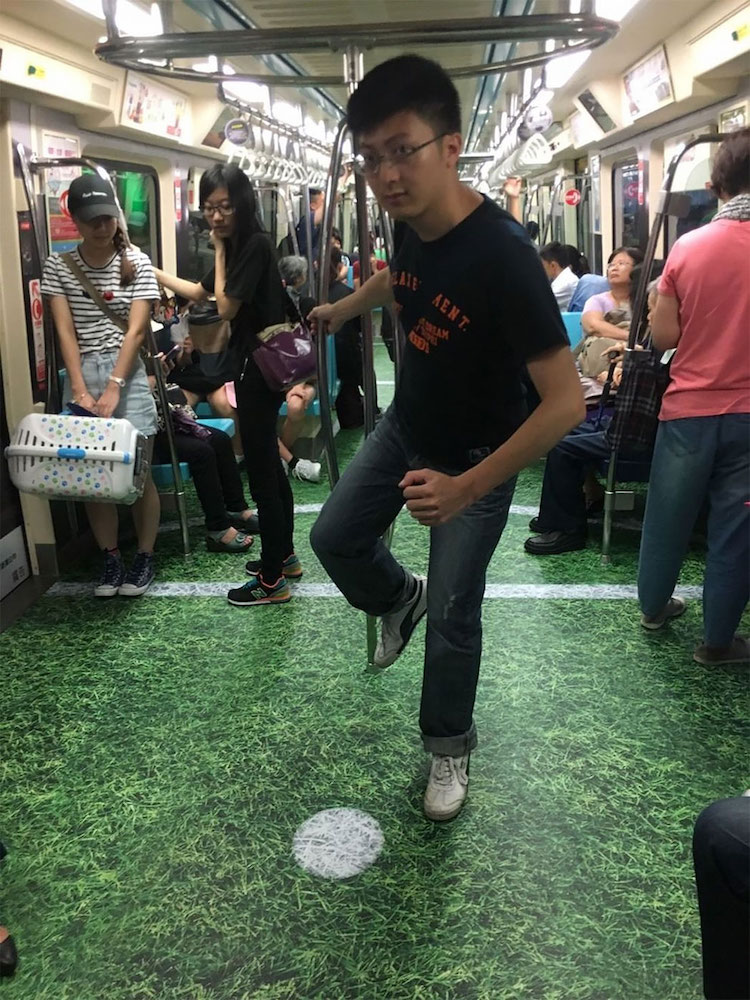 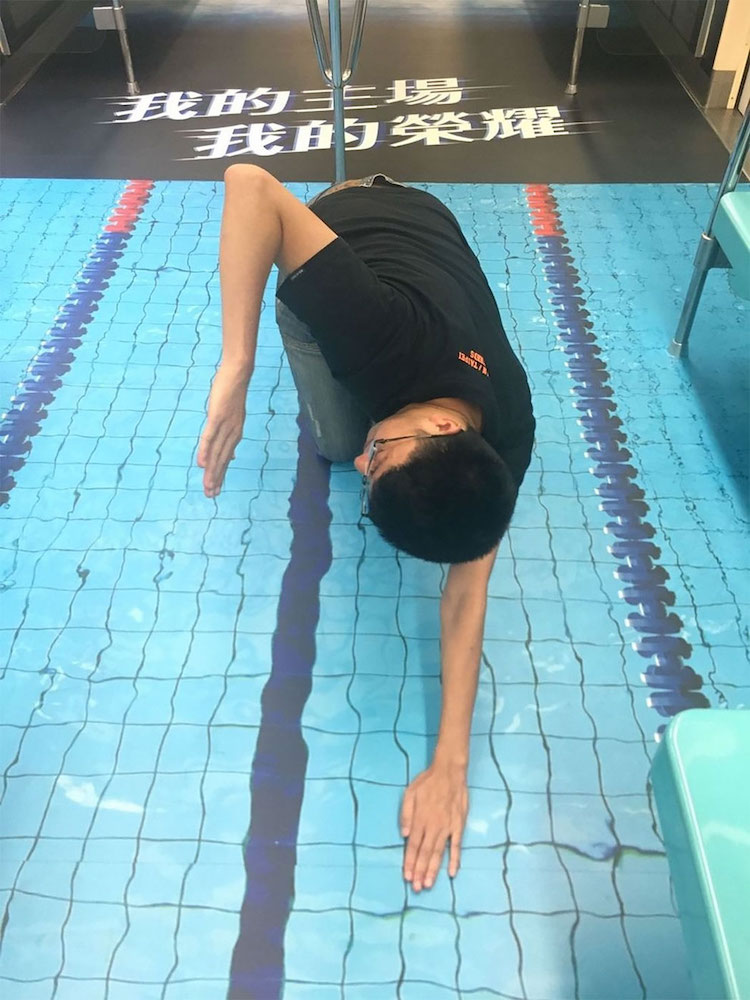 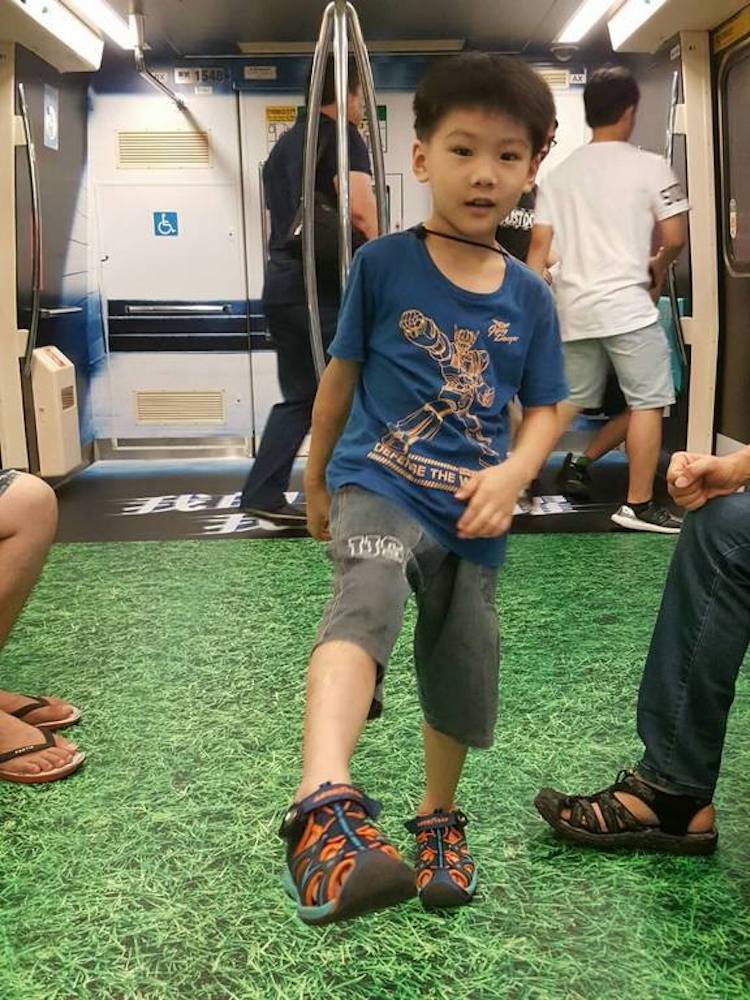 One guy even dressed the part! 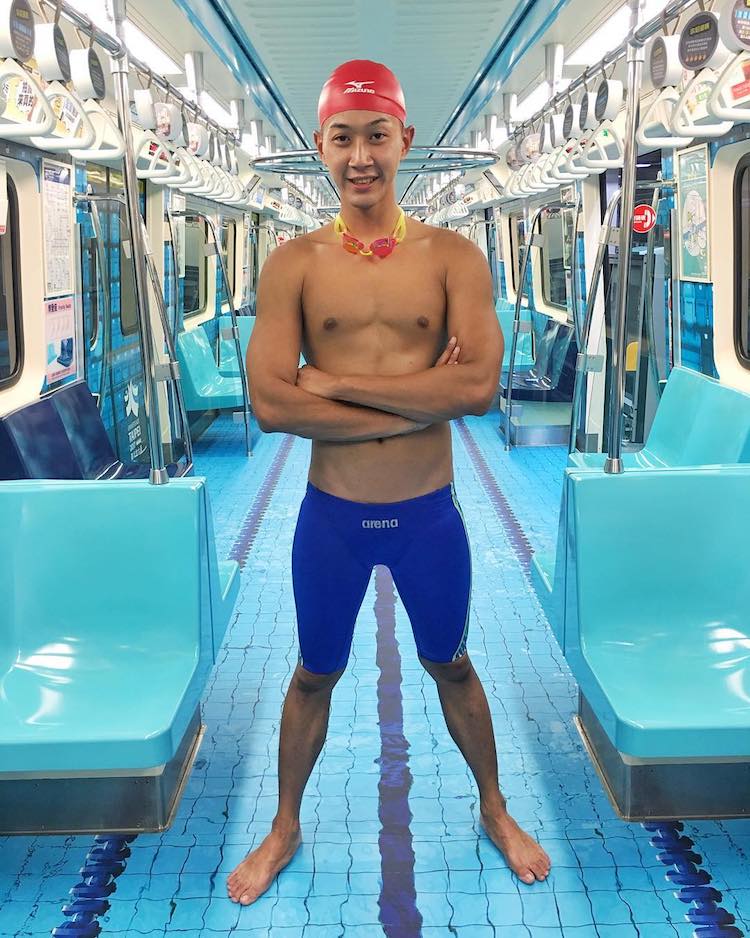