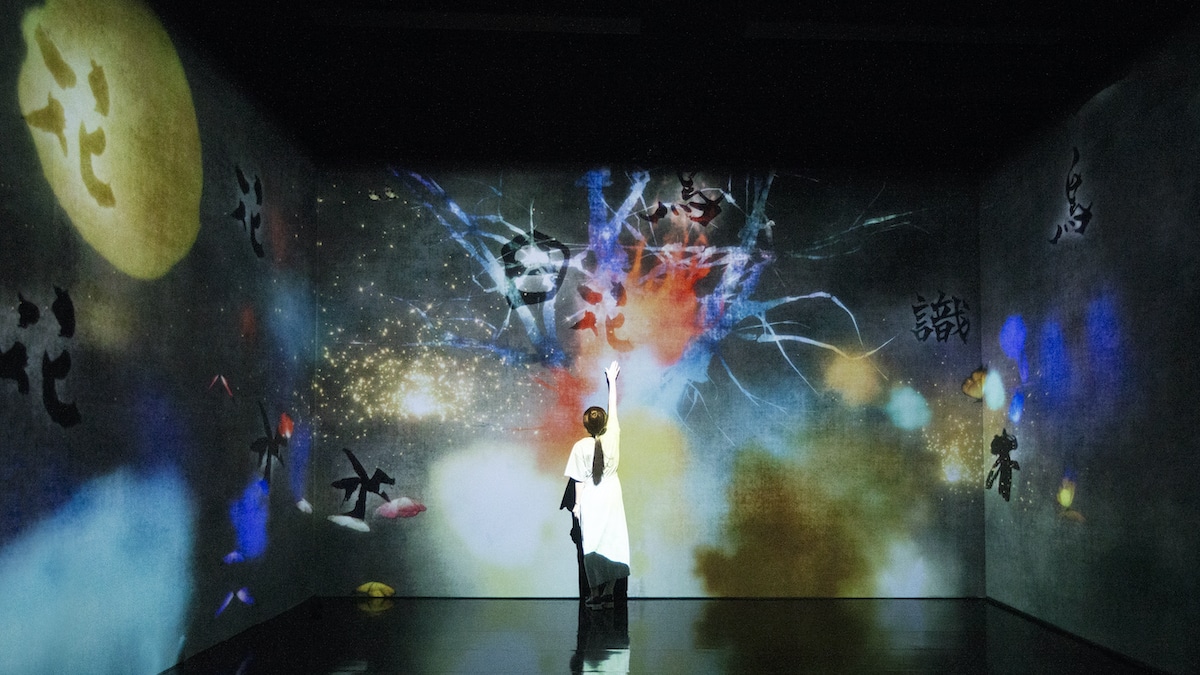 Immersive art experiences have become popular in recent years for the unique and Instagram-worthy excitement they provide. International art collective teamLab—an interdisciplinary group of artists, engineers, animators, and various other specialists—creates interactive digital art installations which allow the viewer to become an active participant in the artwork. The collective’s work has been shown at venues worldwide, including New York, Paris, London, Beijing, and more. For its latest installation, teamLab brings its immersive worlds to Barcelona, Spain.

Titled teamLab, the exhibition opens at CaixaForum and features two “immersive artworks that explore new relationships among people in the same physical space.” The two pieces on display are titled Born From the Darkness a Loving, and Beautiful World, and Graffiti Nature: Lost, Immersed and Reborn. Each artwork is created using digital technology that allows the work to be changed as people engage and interact with it. They allow the viewer to influence the mesmerizing visuals around them as they touch and interact with their varying elements—some even of their own creation.

“Art created using digital technology has the ability to change the relationships among people who are present within the same space,” teamLab says. “For the majority of art up until now, the presence of other viewers had constituted a hindrance. But when an artwork made using digital technology changes based on the presence or behavior of visitors, it causes the boundaries between artwork and visitor to become blurred. In this case, the visitor becomes part of the artwork itself.”

“This changes the relationship between an artwork and an individual into the relationship between an artwork and a group of individuals. Whether a viewer was present five minutes ago, or how the person next to you is behaving now, suddenly becomes important. If the interactions of other people with an artwork creates changes that we feel are beautiful, then the presence of others can in itself become a positive element. As we immerse and meld ourselves into the work with others, we explore a continuity among people, as well as a new relationship that transcends the boundaries between people and the world.” 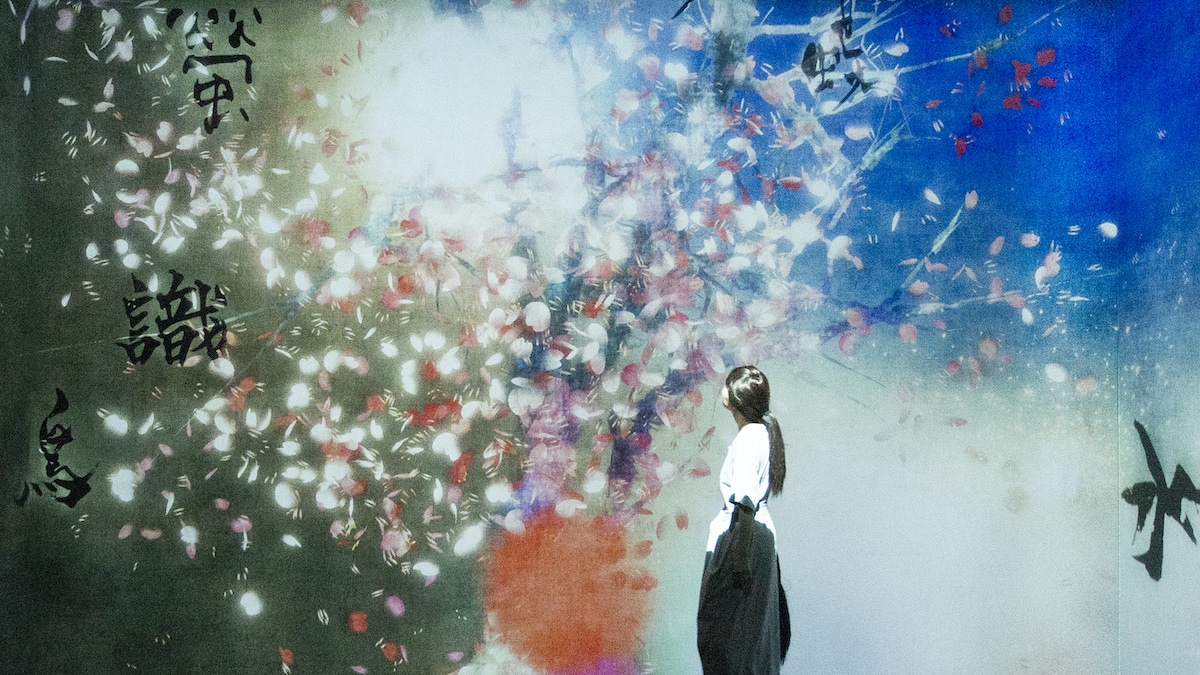 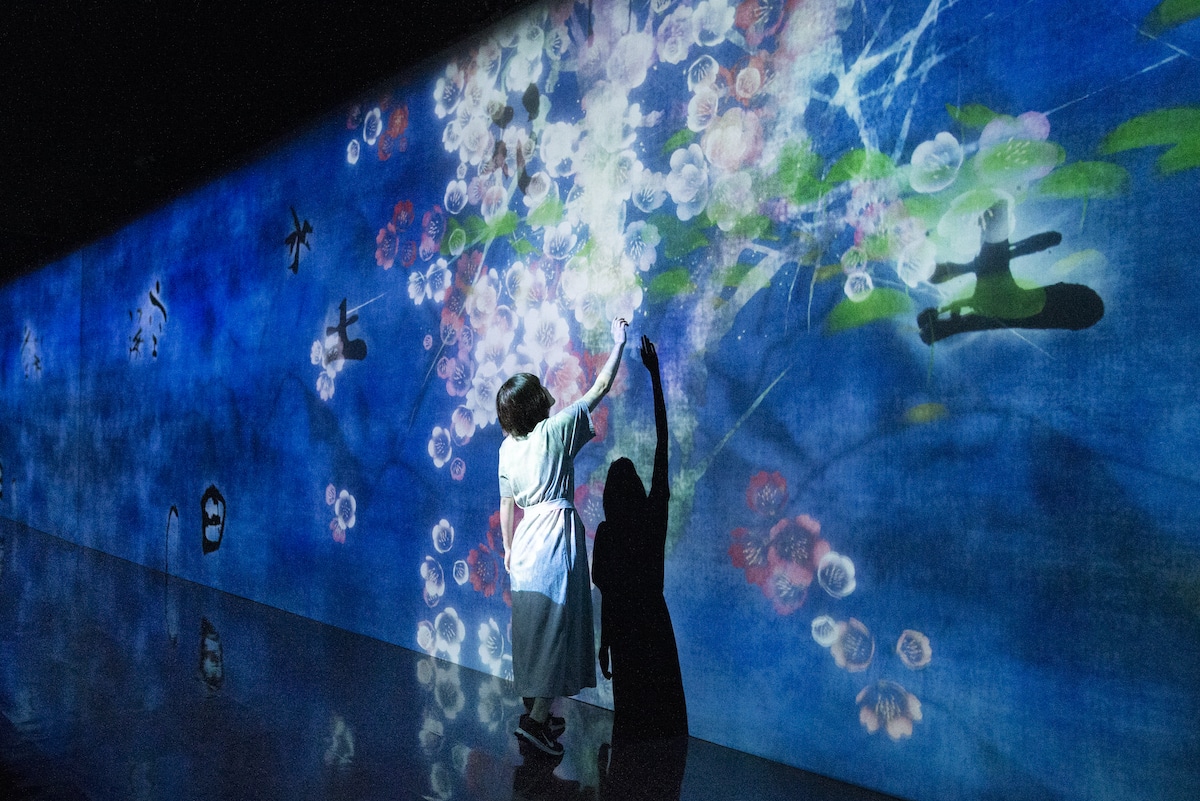 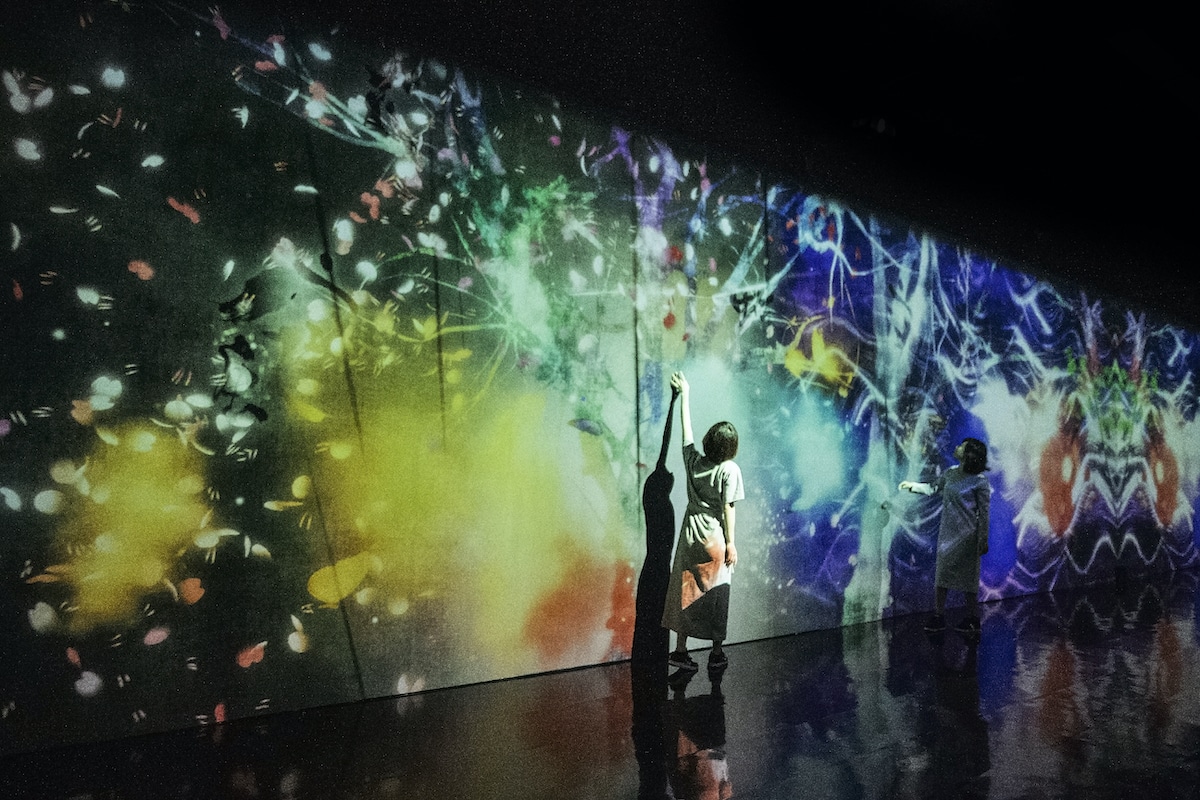 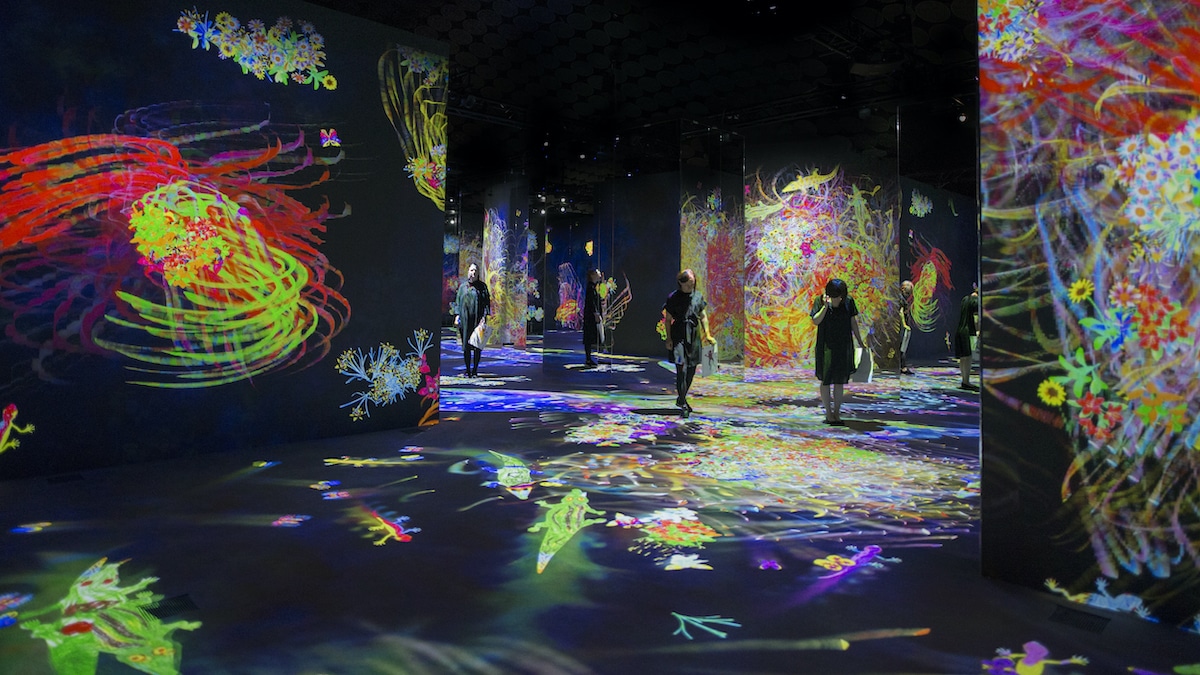 The collective's latest exhibition in Barcelona features two artworks. One is titled Born From the Darkness a Loving, and Beautiful World. 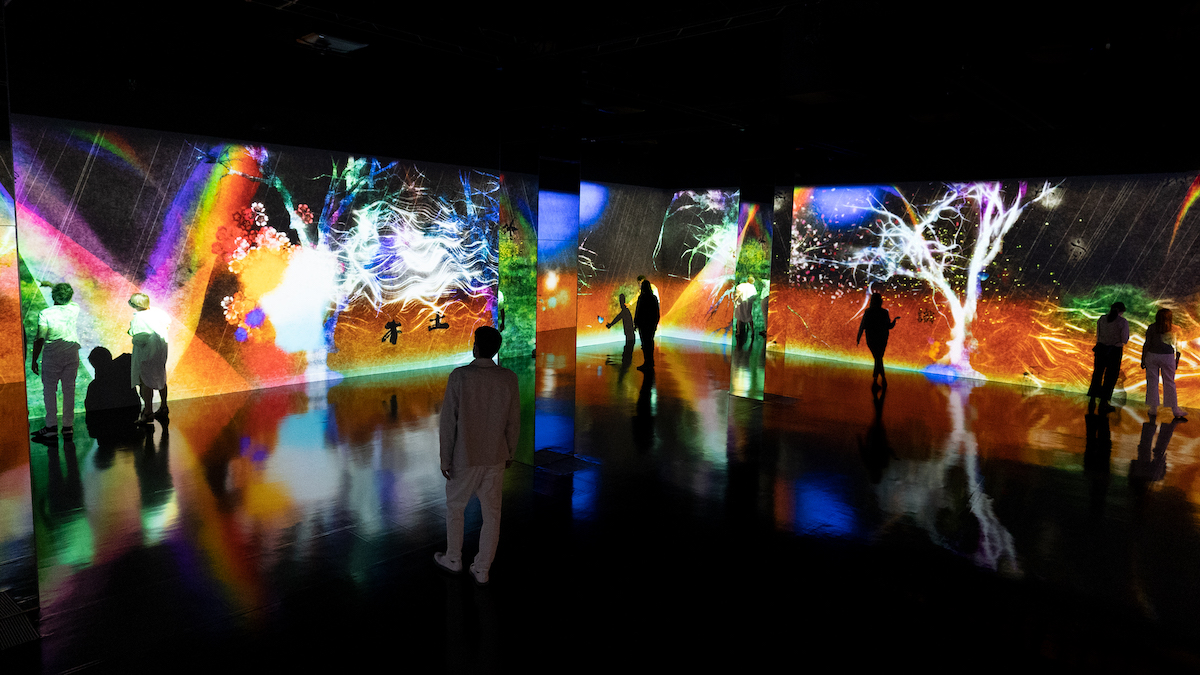 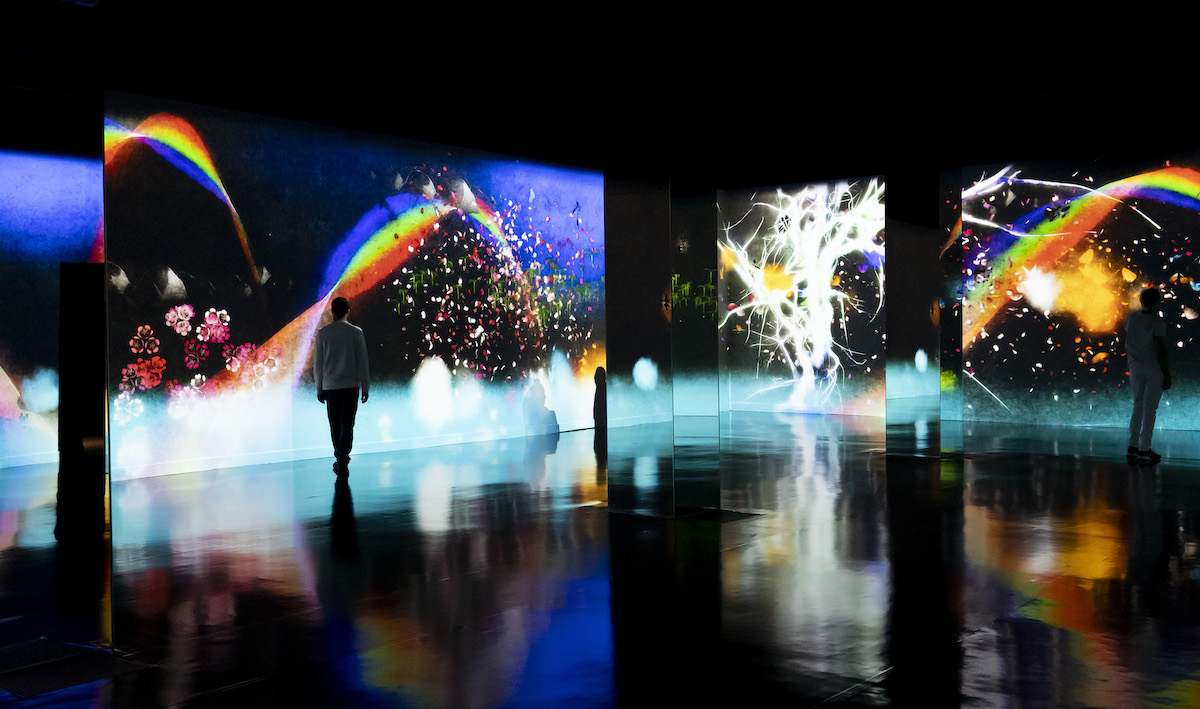 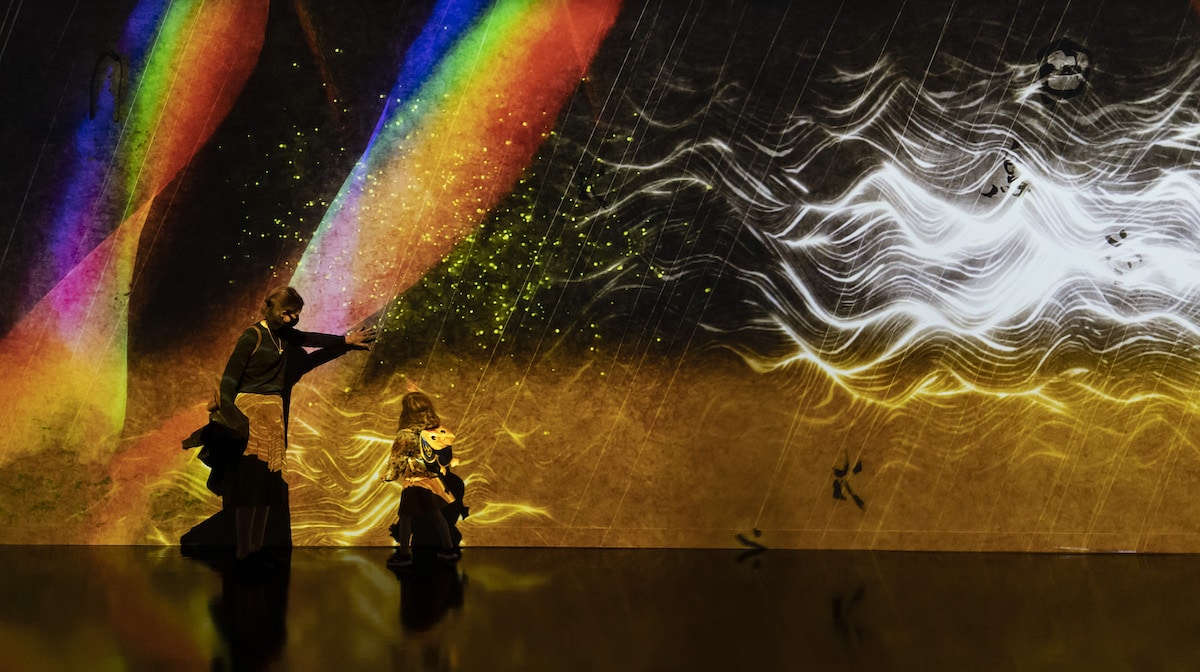 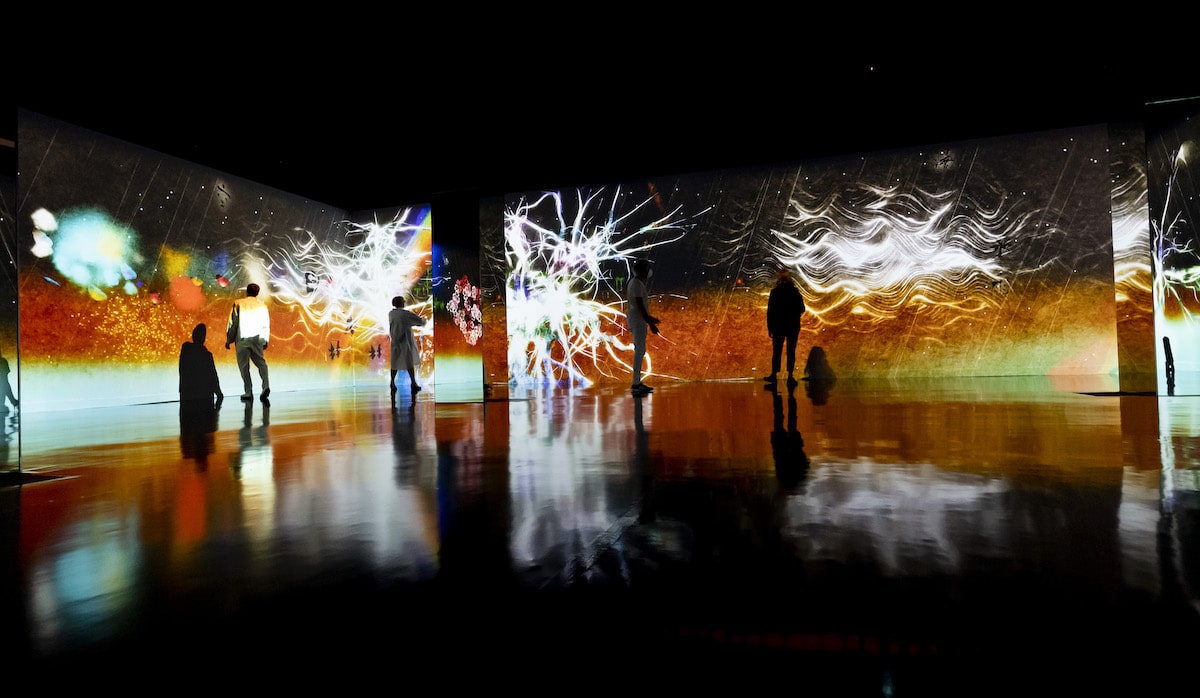 The other piece is called Graffiti Nature: Lost, Immersed and Reborn. 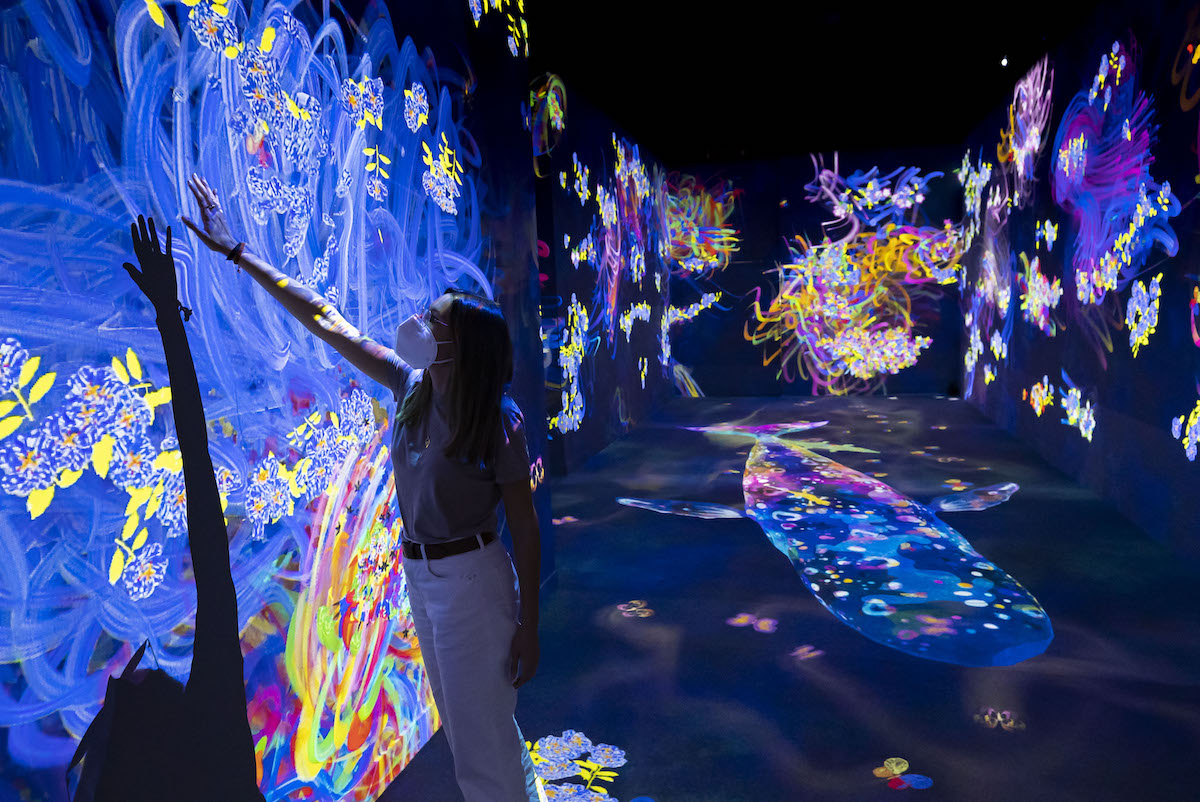 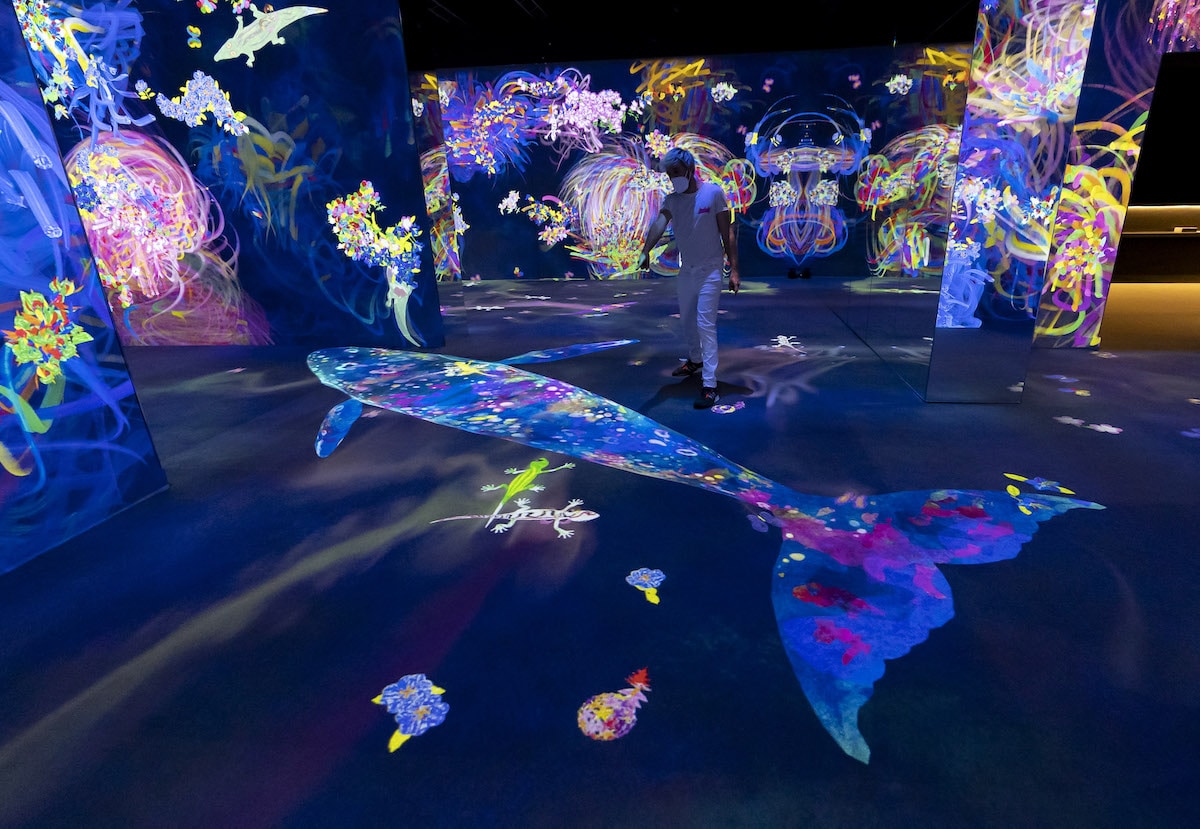 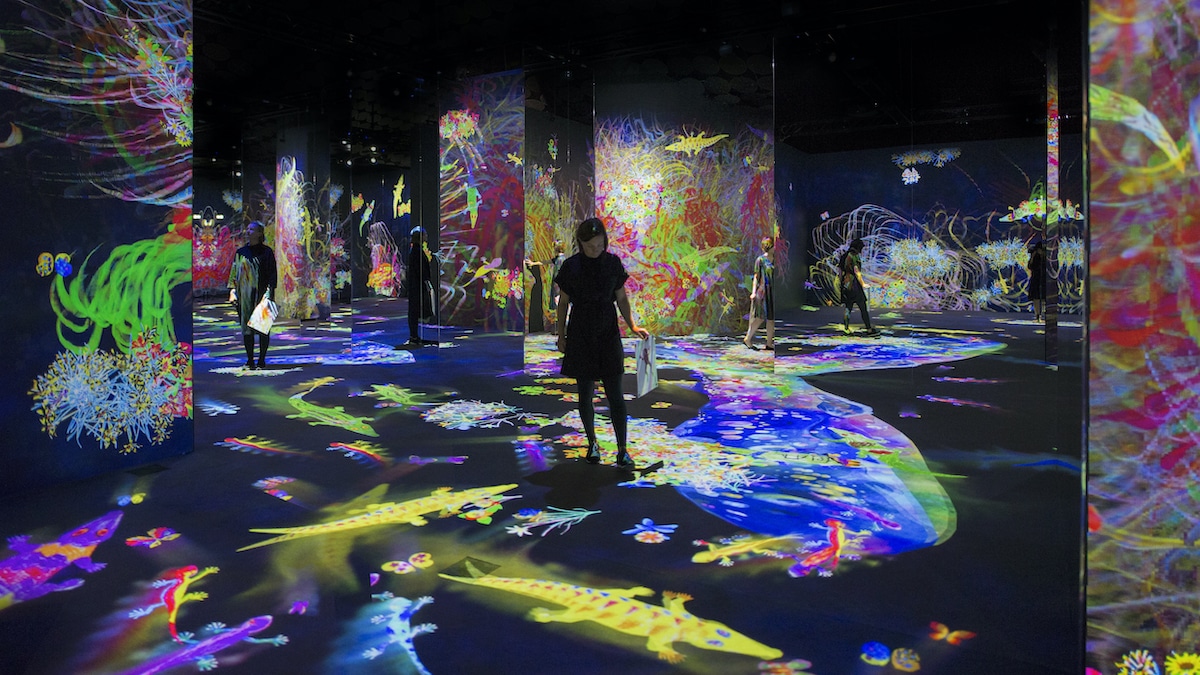 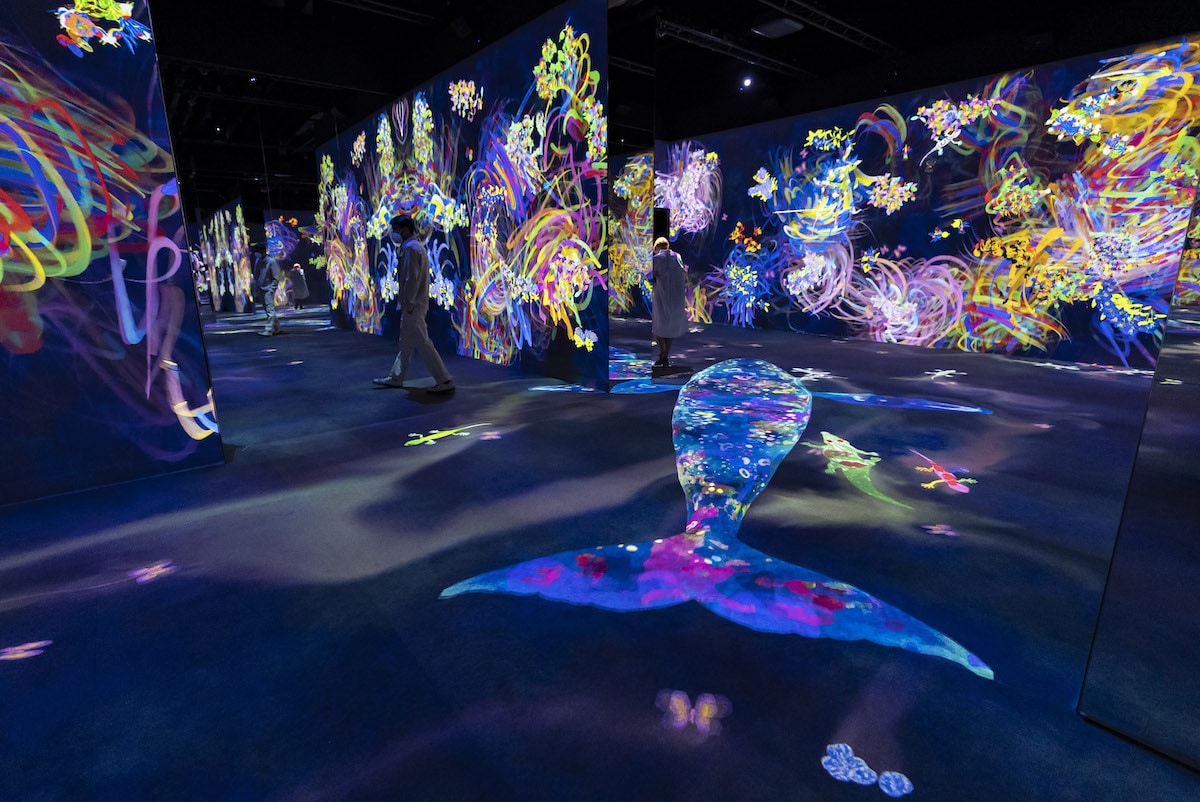 My Modern Met granted permission to feature photos by teamLab and CaixaForum.

Love these immersive art experiences? Share
Like My Modern Met on Facebook
Get Our Weekly Newsletter
Become a
My Modern Met Member
As a member, you'll join us in our effort to support the arts.
Become a Member
Explore member benefits