8 Things to Do in Austin for Art and Culture Lovers 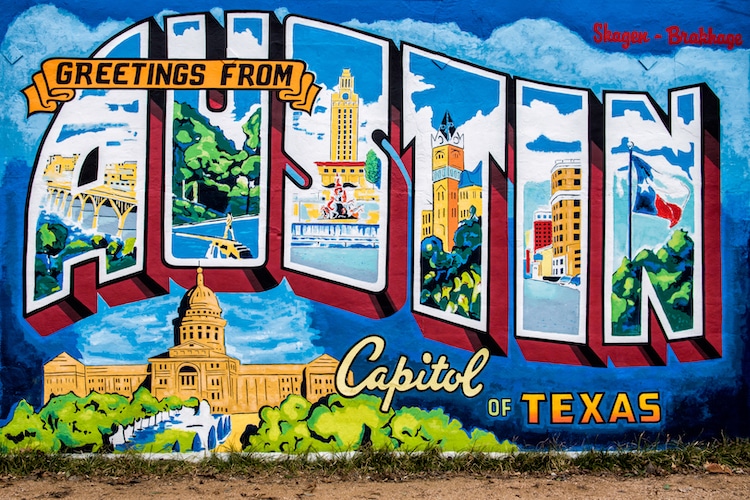 Stock Photos from Nagel Photography/Shutterstock
This post may contain affiliate links. If you make a purchase, My Modern Met may earn an affiliate commission. Please read our disclosure for more info.

The city of Austin, Texas, has a slogan that’s hard to forget. For almost 20 years, they have adopted and lived the phrase “Keep Austin Weird.” (The city was the first to have “weird” as part of their tagline.) This attitude has allowed the city to become a cultural force in the region that's a haven for artists of all kinds as well as a place for innovation—many tech companies and startups call this area home.

Located in the Texas Hill Country, Austin sits at the foot of the Colorado River and has three artificial lakes. The beautiful natural scenery is a complement to the culture—despite the sweltering summers. But don't let the warm-weather months dissuade you from visiting. When the days are long, there are great swimming options such as the famous Barton Springs Pool that take advantage of the green space while helping you beat the heat between helpings of world-famous barbeque.

Looking for fun things to do in Austin? We have plenty of recommendations! Scroll down to check out our picks for the top cultural attractions so you don’t miss anything that the city has to offer.

Looking for things to do in Austin? Check out these places and fun activities.

Fans of antiques and oddities, you won’t want to miss Uncommon Objects. The curiosities shop has been described as “your eccentric uncle’s attic on steroids,” where 24 vendors share some of the most interesting things you've ever seen. A walk through their space is a fascinating look at old photographs, signs, taxidermy, and random memorabilia.

Pay Homage to the Cathedral of Junk

Living up to its name, the Cathedral of Junk is a sanctuary made with just about every object you can imagine. It was started in 1989 by Vince Hannemann, who decided to build the structure in his backyard. Three decades later, the project is still a work in progress and features 60 tons of discarded items (many of them being bicycles). Hannemann welcomes visitors, but you’ll want to make an appointment ahead of time in order to see this incredible display. 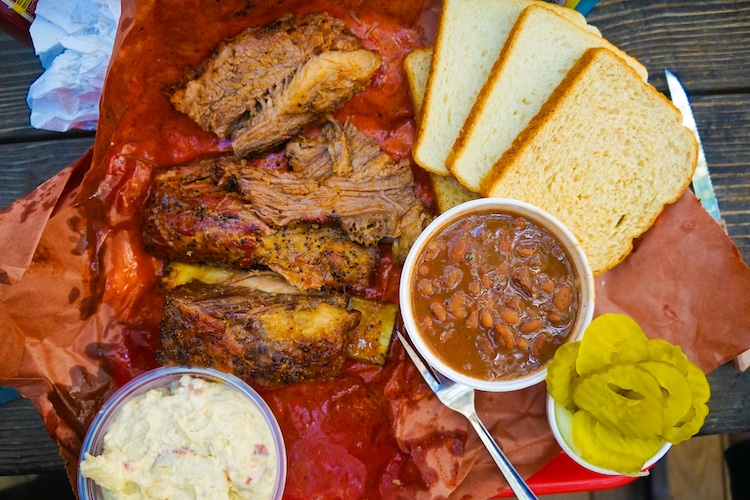 Stock Photos from Inspired by Maps/Shutterstock

Austin is known for its delicious barbeque; it’s practically a must-have for any visit. This tour combines barbeque, beer, and a peek into some of downtown’s greatest spots as you zip around in an electric cart. 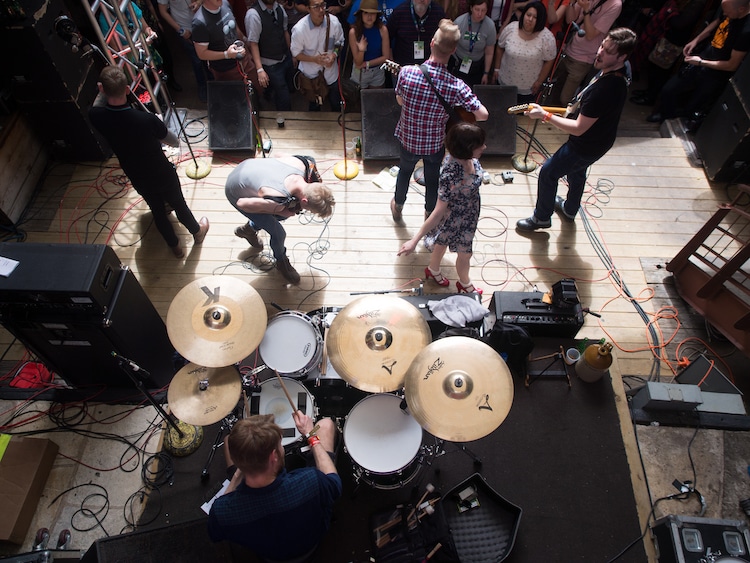 In addition to barbeque, Austin is called the “Live Music Capital of the World.” But with so much to see, where do you start? This highly-rated tour is great for first-time visitors. It’s three hours of visiting iconic clubs as well as up-and-coming venues led by a guide who is also a local musician.

See the Bats Fly From the Congress Avenue Bridge 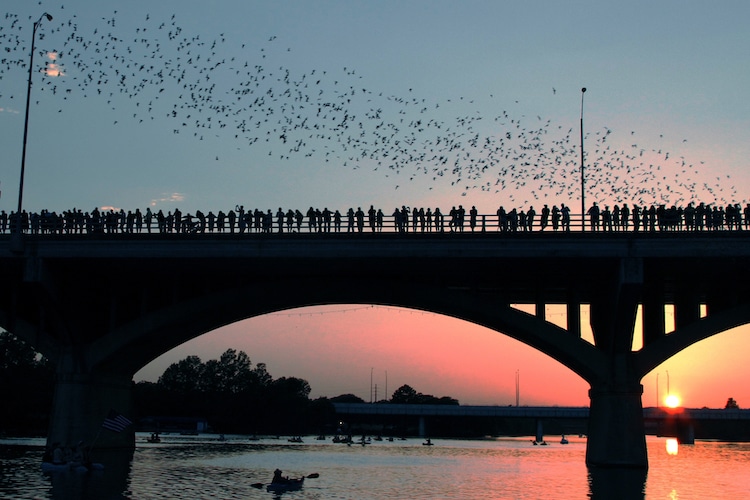 The Congress Avenue Bridge is home to the world’s largest urban bat colony. Every night during the summer, 1.5 million bats emerge from the crevices beneath the passageway. The creatures’ nightly ritual has become such a sight that the newspaper Austin American-Statesman created the “Statesman Bat Observation Center” adjacent to the bridge. It provides a great view of the amazing sight.

Visit the Blanton Museum of Art

The stained glass of #EllsworthKelly's “Austin” is one of its most striking and complex features. Three large, multi-light windows create a play of radiant, shape-shifting colors on the interior surfaces, a visual that constantly changes with the position and intensity of the sun. To learn more about the architecture and design behind “Austin” before visiting it at the #Blanton, go to kellyattheblanton.org. #KellyattheBlanton #TrueAustin

The Blanton Museum of Art at The University of Texas at Austin has one of “the largest and most comprehensive” collections of art in Central Texas. Boasting more than 18,000 works, the selection includes European paintings as well as modern and contemporary American and Latin American artists.

One thing you’ll want to check out is Ellsworth Kelly’s piece titled Austin, the concept of which he gifted to the museum in early 2015. Austin is a 2,715-square-foot stone building with colored glass windows, a wood sculpture, and 14 black and white marble panels. Meant as a site for “joy and contemplation,” it is also part of Kelly’s legacy as it’s the only building he ever designed.

Walk Through the UMLAUF Sculpture Garden and Museum 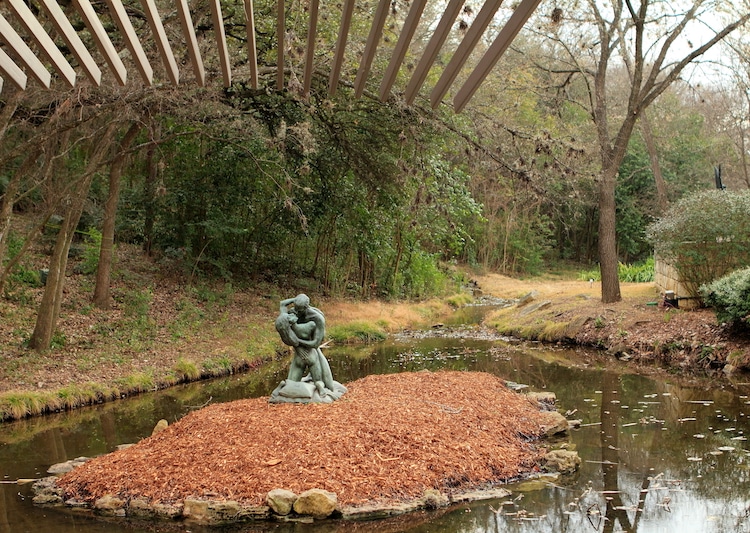 The Umlauf Sculpture Garden and Museum is centered around the work of American sculptor Charles Umlauf.  In 1985, he and his wife Angeline donated their home, studio, and 168 of his sculptures to the city of Austin, and a museum was established six years later. Now, the institution hosts exhibitions featuring Umlauf’s peers as well as contemporary artists.

If you’d like to see and learn more about traditional and contemporary Mexican, Latino, and Latin American art and culture, then you need to check out the Mexic-Art Museum. It aims to enrich and educate people of all ages through a series of programming and exhibitions of established and emerging artists in the U.S., Mexico, and Latin America.

How to Get Around Austin 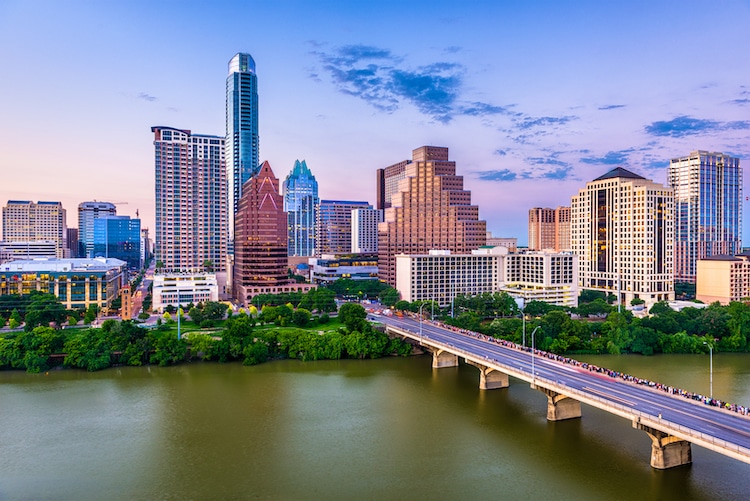 Like many major U.S. cities, Austin has a variety of app-based transportation options. If you're planning on foregoing a car rental and using ride-sharing (such as Lyft or Uber) instead, give the local Ride Austin a try.  It's a nonprofit rideshare with a “Round Up” feature that will round up your total fare to the nearest dollar. The difference will go to an Austin nonprofit of your choice.

7 Things to Do in Portland for Art and Culture Lovers

5 Things to Do in Chicago for Art and Culture Lovers

20+ Wearable Gifts for People Who Love to Travel