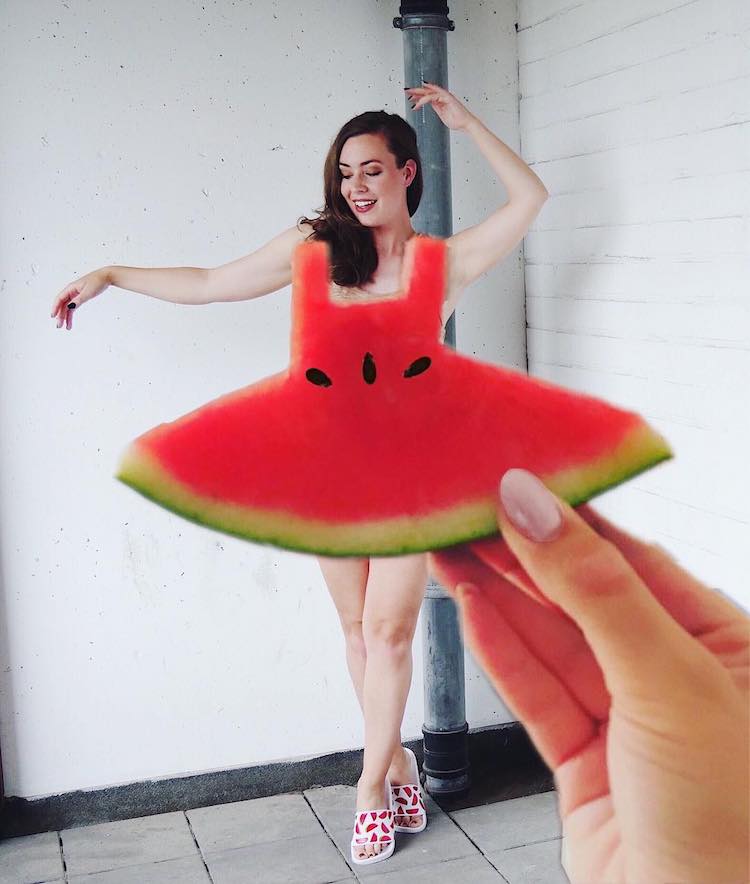 In the midst of summer heatwaves, few things are as refreshing as biting into a juicy watermelon. The cut fruit is often on the menu at cookouts, but it turns out there’s more than one way to enjoy this tasty treat. Thanks to a charming summer trend, people are creating optical illusion dresses out of real watermelon and rocking them appropriately—without ever trying them on. It’s all made possible with a clever photography trick and some strategically cut (or eaten) slices.

Fruit fashionistas who are trying this quirky illusion do so with the help of a friend. The person who wants to “wear” the dress stands off in the distance while the other person holds a slice of watermelon up to the wearer’s midsection. They then point and shoot their camera. Scale is an important part of this process; to work, the fruit has to appear closer to the lens while the person in the distance looks smaller. This is what creates the optical illusion dress.

Because all you need is a buddy and piece of watermelon, this fun summer activity is something you can try now. People have been doing it throughout the summer and posting the results using the hashtag #watermelondress. Though the idea is simple, it’s easy to customize with the shape of the fruit—so strike a pose and have fun!

People are turning a staple of summer cookouts into a charming optical illusion trend. 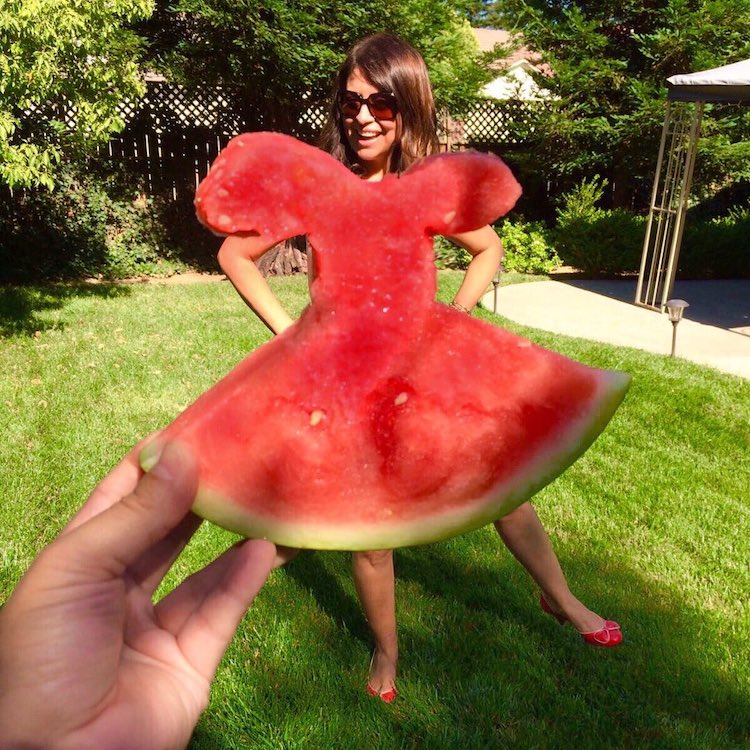 Called a watermelon dress, fashionistas are “wearing” a piece of the juicy fruit. 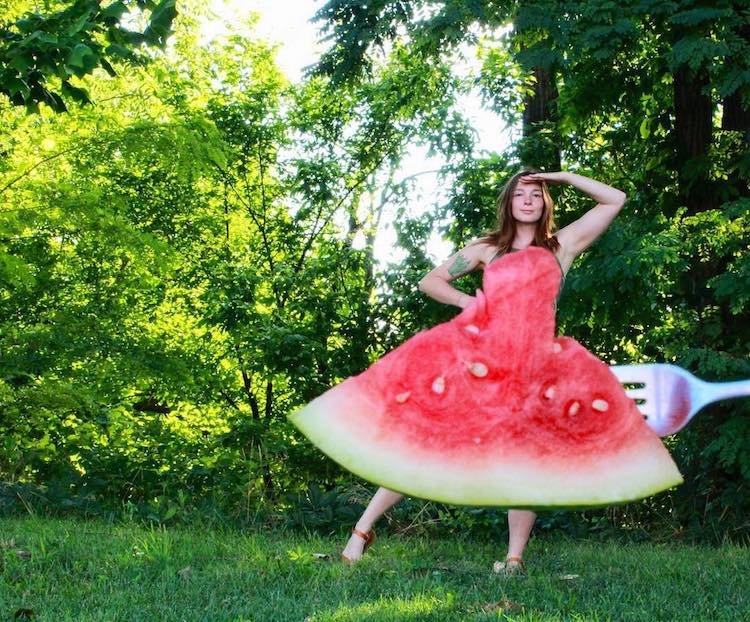 You just need a slice of watermelon and a buddy to make this optical illusion dress. 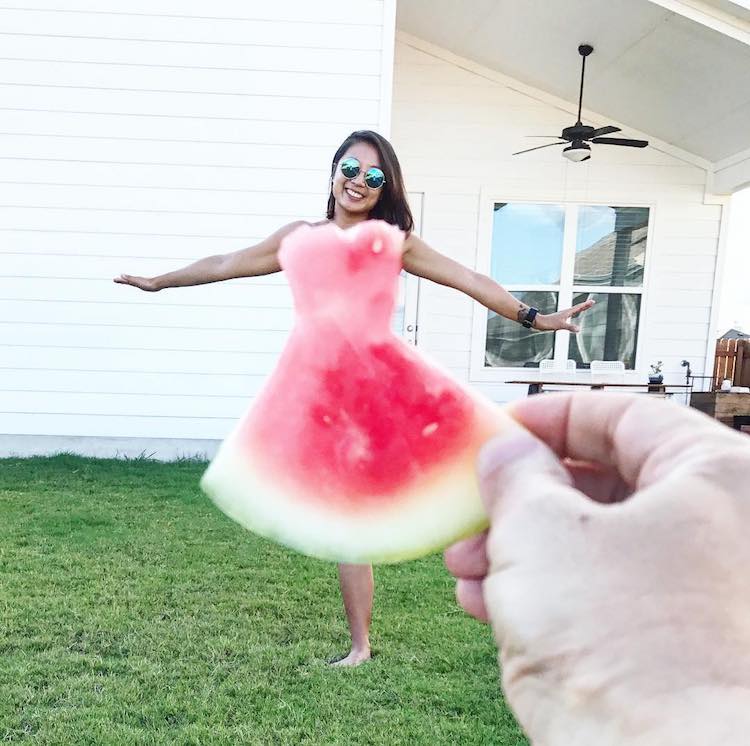 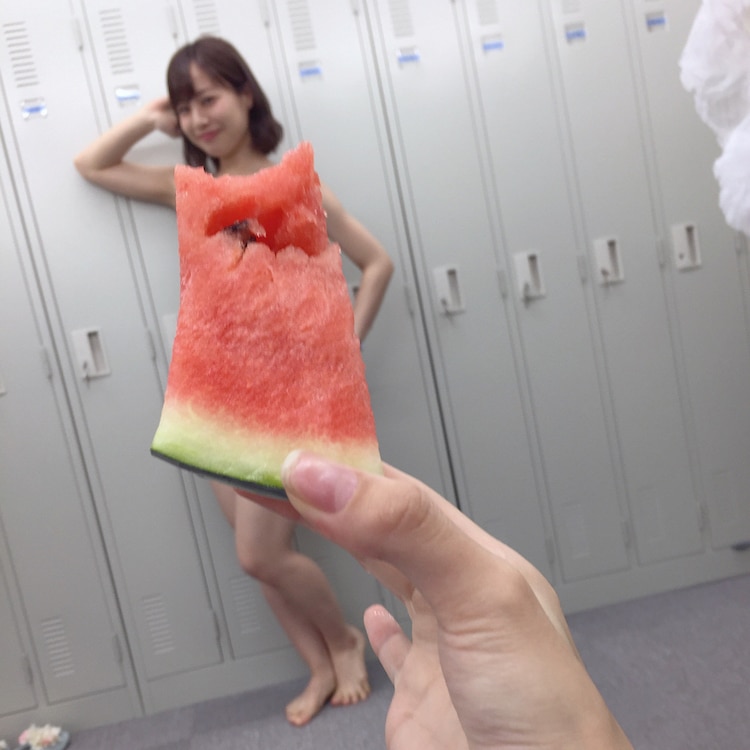 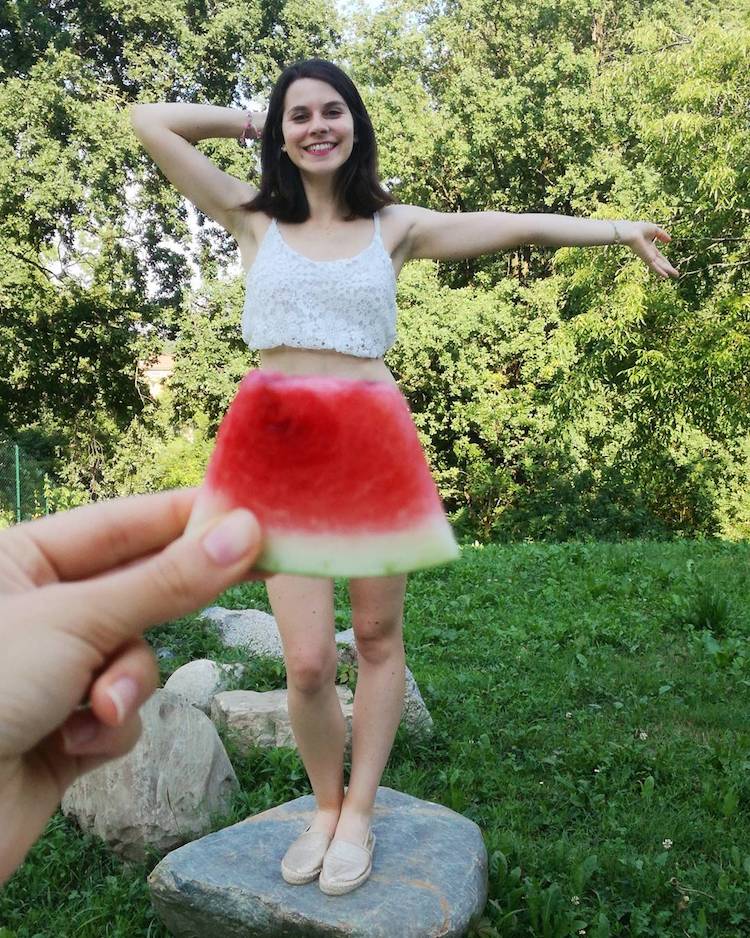 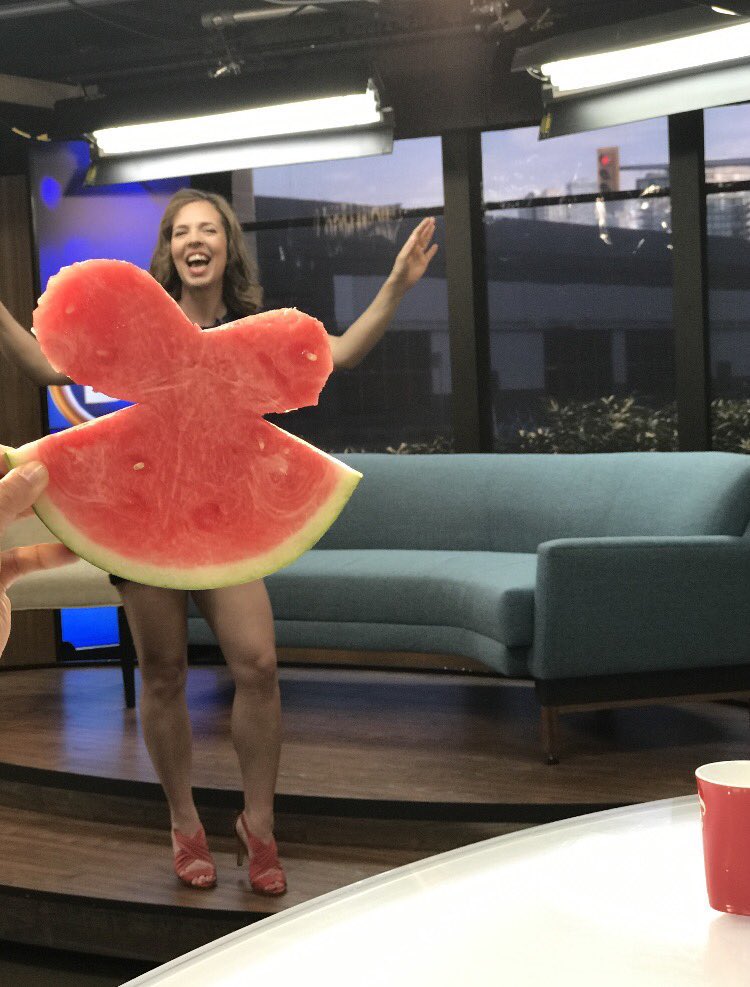 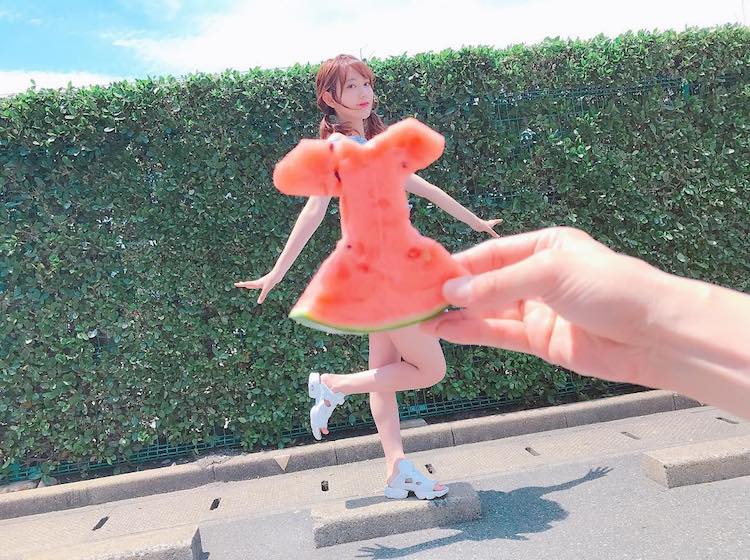 And it's not just women who are having fun with it. Kids get involved too… 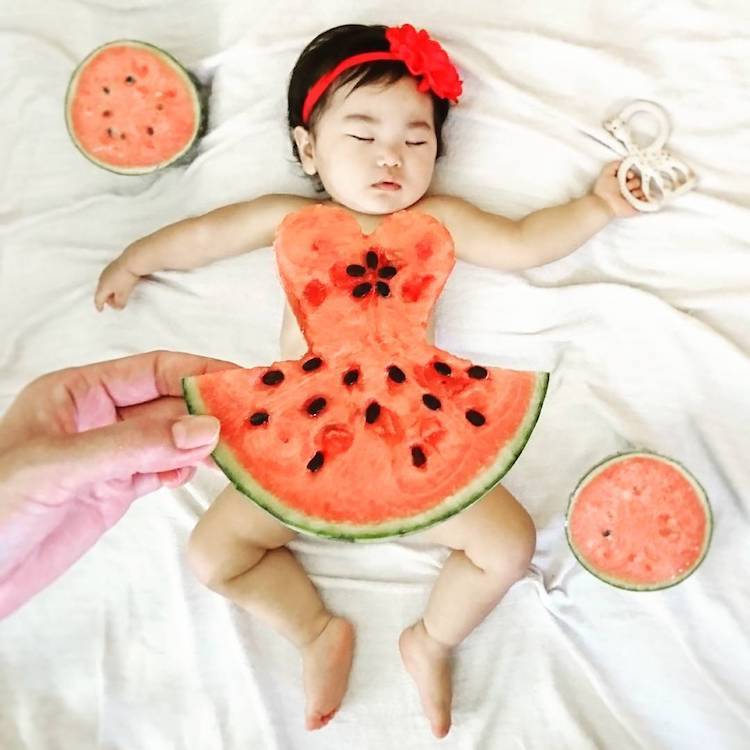 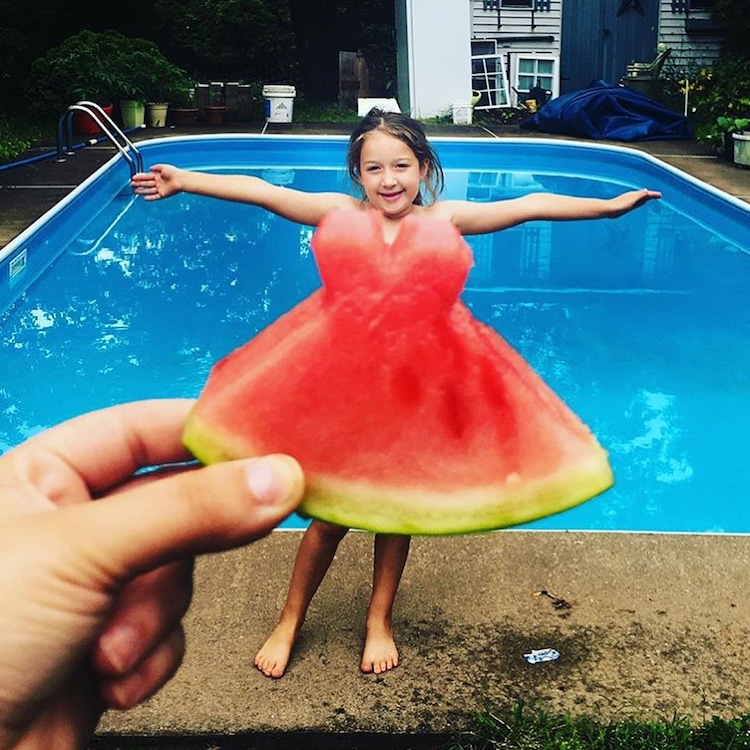 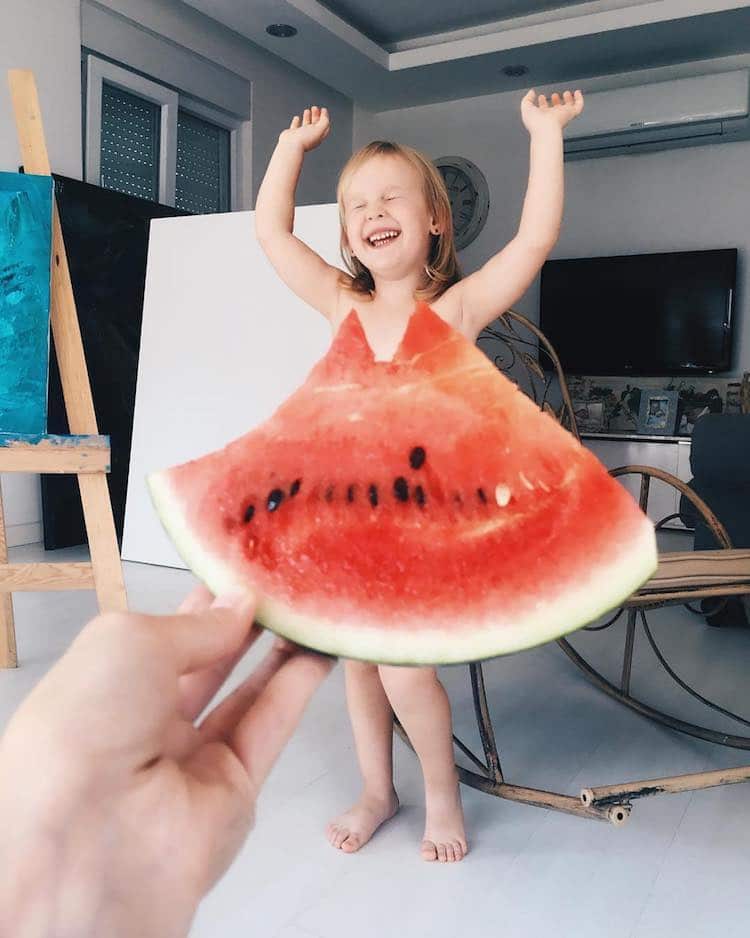 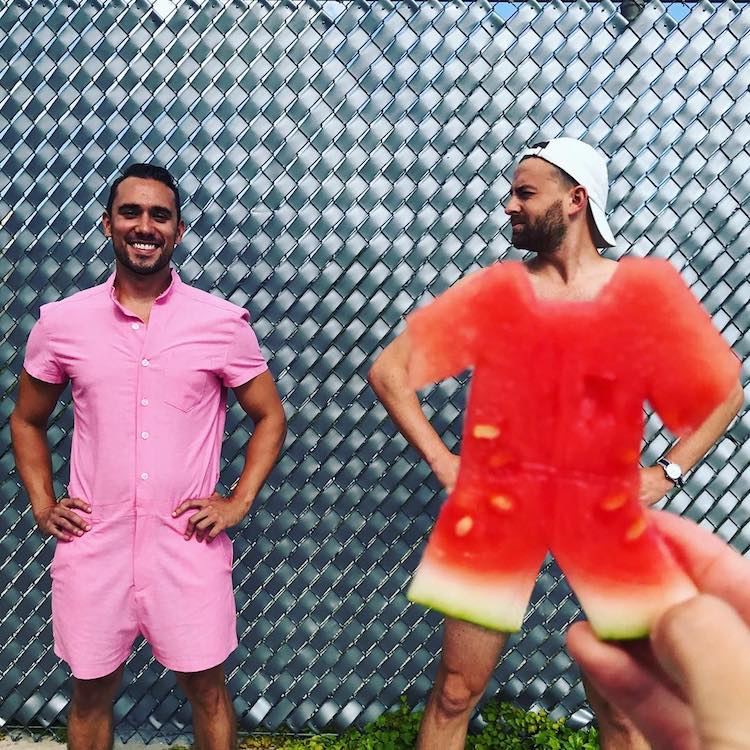 Want to try this at your next cookout? Share
Like My Modern Met on Facebook
Get Our Weekly Newsletter
Become a
My Modern Met Member
As a member, you'll join us in our effort to support the arts.
Become a Member
Explore member benefits

Want to try this at your next cookout? 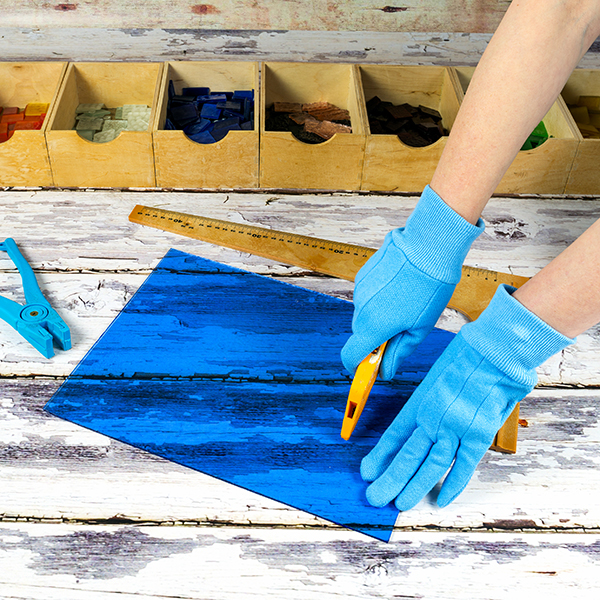