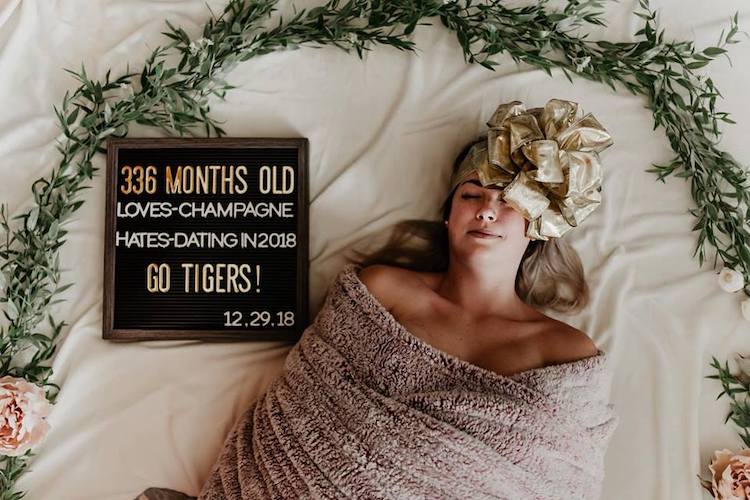 Stephanie Smith of Southern Stitched Photography has built her career on capturing special moments for families, be it at weddings or other special occasions. So when her longtime friend Nicole Ham had an idea for a 28th birthday photo shoot, Smith used her talents to create an artful portrait of her pal. This wasn’t your ordinary grown-up style picture, though. Instead, Ham took a far more playful approaching, gaining inspiration from infant photo shoots that feature a tiny baby swaddled and posed around flowers with a sign announcing their age (in months) as well as their likes and dislikes.

In a series of photos captured by Smith, Ham is wrapped in a fuzzy blanket and wearing a festive gold bow on her head. Surrounding her is an array of greenery and the all-important blackboard. Just like baby portrait shoots, Ham also shares her age—she’s 336 months old! According to the sign, she loves champagne, hates dating in 2018, and is a big fan of the Clemson Tigers.

If you look closely, you can see that Ham is doing her best to keep from laughing in the hilarious portraits, and it speaks to how much fun this was for the two friends. From the shopping to the floral arrangements to the swaddling (which they needed assistance from Ham’s mom for), they “had trouble keeping a straight face” while working on the project. It was all worth it, though, as Smith reminds us, “Because your best friend only turns 336 months once.”

Nicole Ham had a hilarious idea for her 28th birthday. Her longtime friend Stephanie Smith gave her a photo shoot styled like a newborn photo shoot. 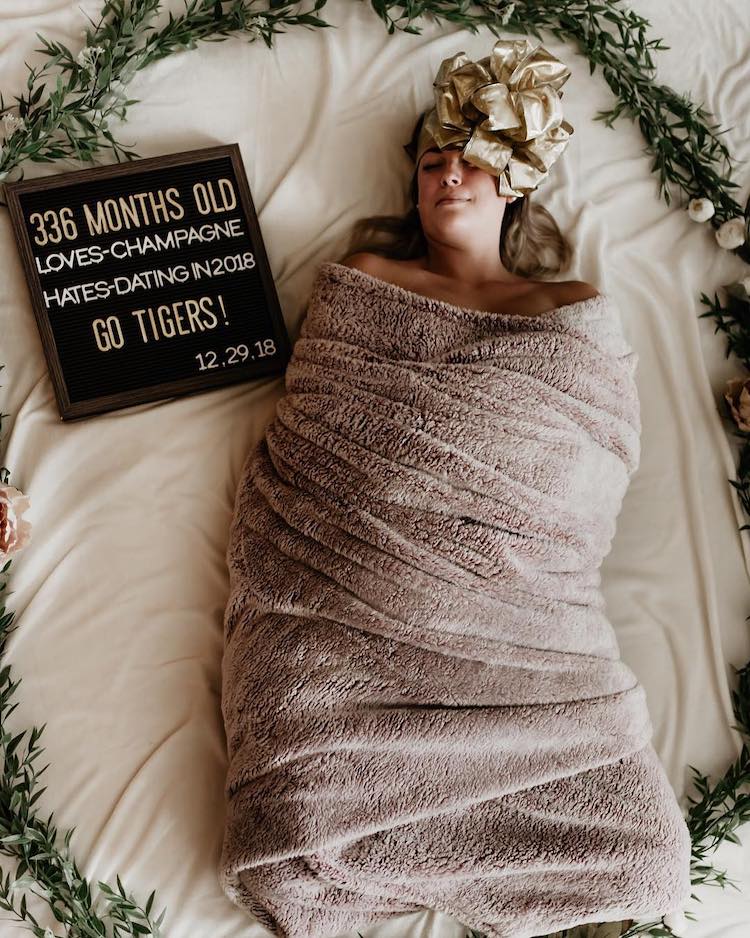 Wearing a festive gold bow and surrounded by greenery, Ham's sign announces that she's 336 months old—similar to what you'd see in a photo of a baby. 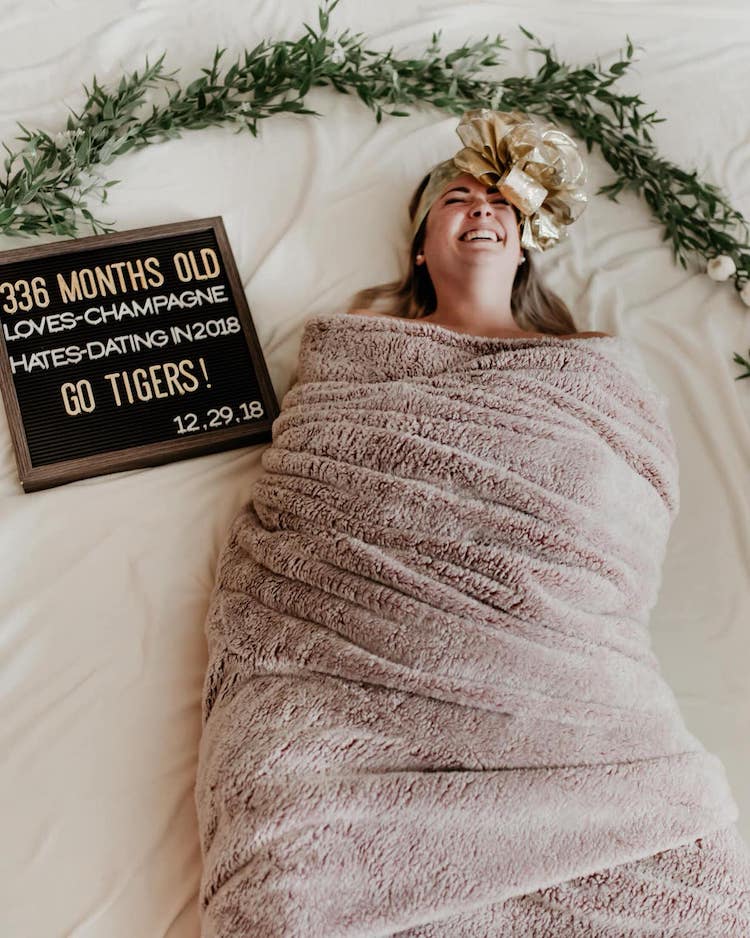 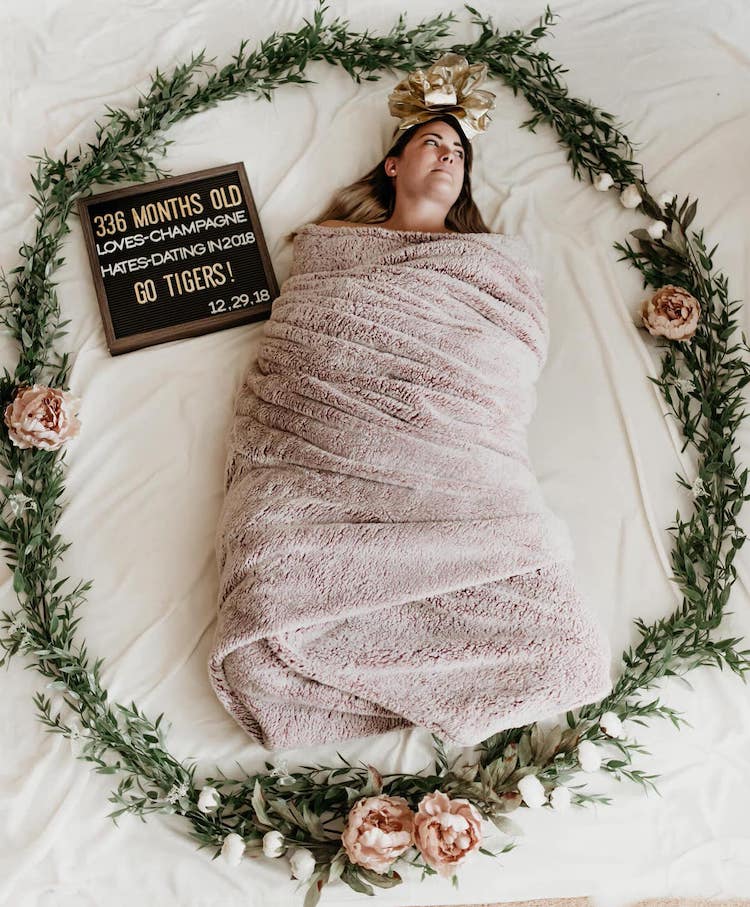 My Modern Met granted permission to use photos by Stephanie Smith.

Heartwarming Photo of Newborn Surrounded by 1,616 IVF Needles That Led to Her Birth

This this is a hilarious birthday photo? Share
Like My Modern Met on Facebook
Get Our Weekly Newsletter
Become a
My Modern Met Member
As a member, you'll join us in our effort to support the arts.
Become a Member
Explore member benefits

This this is a hilarious birthday photo?