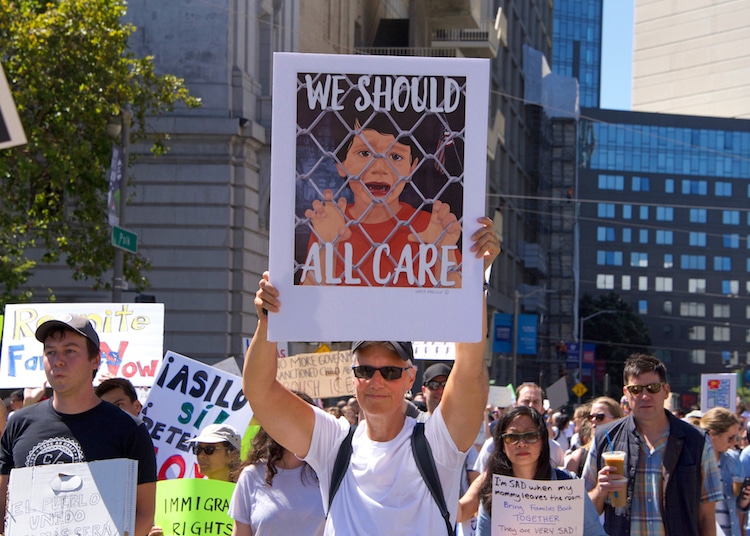 Protesters in the Families Belong Together march in San Francisco from Sheila Fitzgerald / Shutterstock.com

On Saturday, June 30, 2018, tens of thousands of people from across the US gathered to march in protest of the Trump administration’s immigration policies. Called the “Families Belong Together” march, it centered around the “zero tolerance” policy that has forced more than 2,000 immigrant children to separate from their parents. In many cases, this has meant that infants have been removed from their mothers (a decision that aside from being cruel, can be medically dangerous). Unable to stay silent, protesters took to the streets in places large and small.

Like other marches we’ve seen during Trump’s tenure, there were passionate people carrying powerful signs that amplified their message. The point made the most often is that separating families at the border is not only inhumane but that this is the worst of history repeating itself, with comparisons to internment camps. “Our very soul is at stake,” John Fife, a human rights activist told a crowd at a protest in Nogales, Arizona—one of the main entry points between the US and Mexico. “We are going to stay and march and walk and resist until the soul of this nation is restored.”

We’ve selected some of the most powerful and clever protest signs from the Families Belong Together march. Many are tragic but some manage to weave pop culture references into a truly devastating situation. Check them out, below.

On June 30, people from across the US participated in the Families Belong Together march that protested the Trump administration's “zero tolerance” immigration policy. Here are some of the best, most powerful signs. 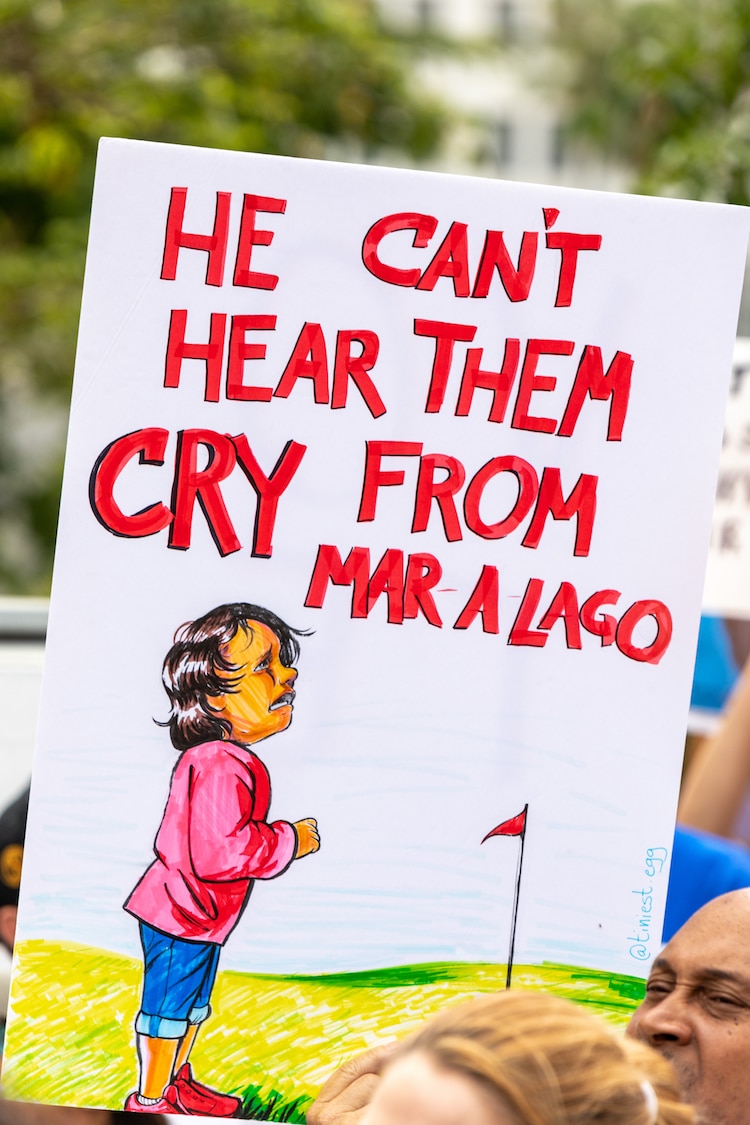 Angelenos in the march from Karl_Sonnenberg / Shutterstock.com 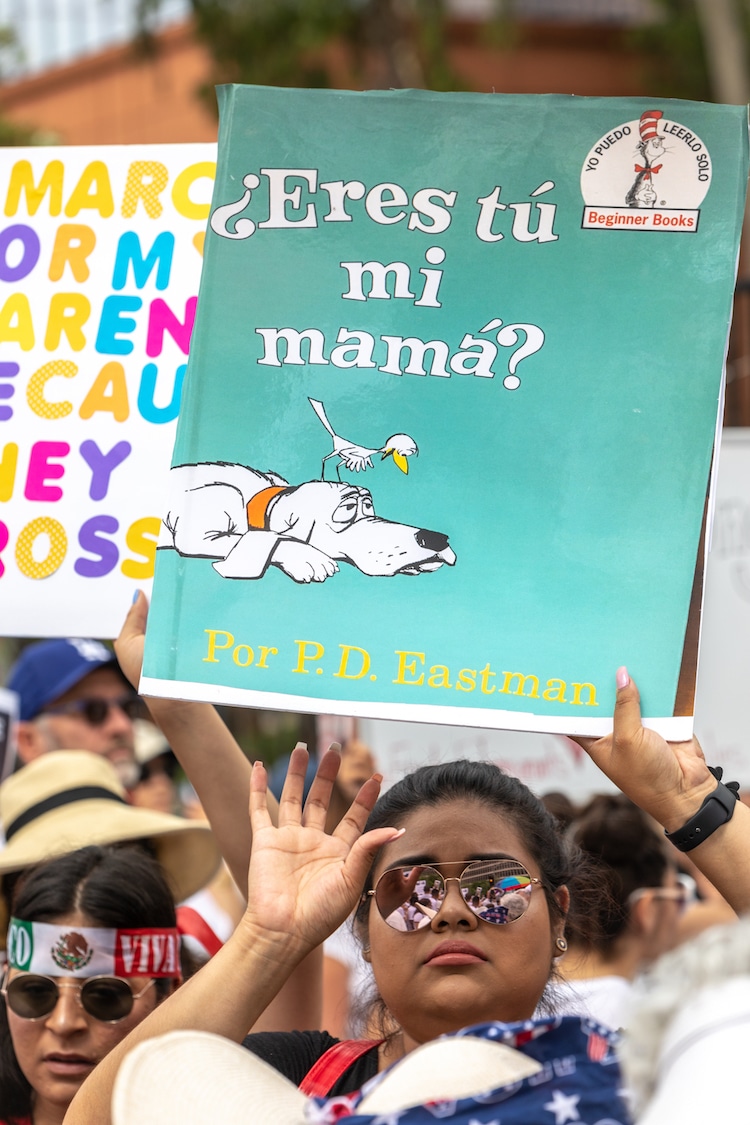 Sign from the rally in Los Angeles from Karl_Sonnenberg / Shutterstock.com 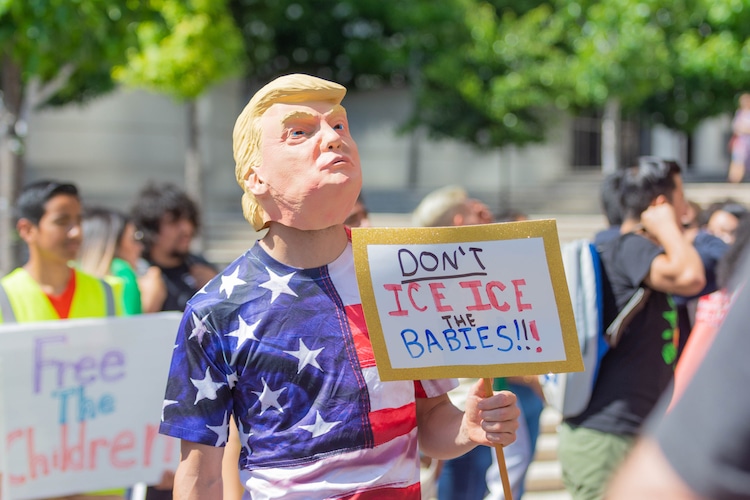 Trump impersonator at the Families Belong Together march in Los Angeles from betto rodrigues / Shutterstock.com 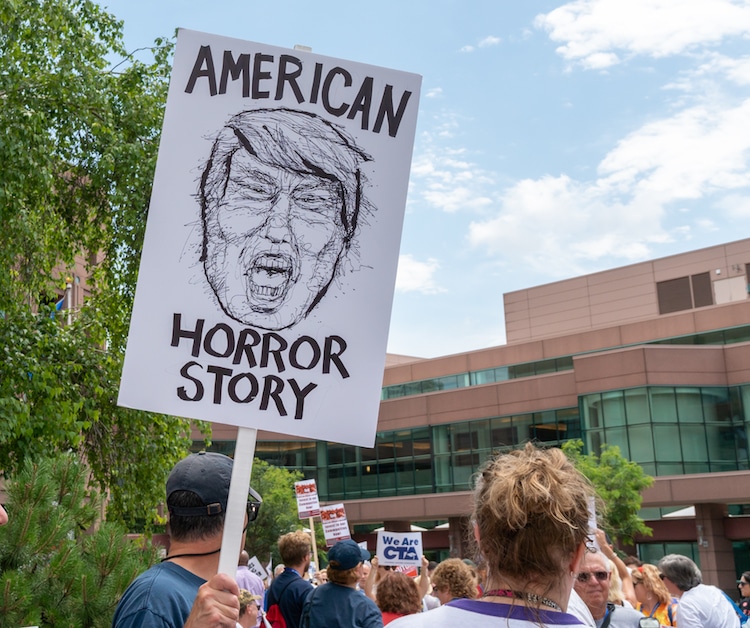 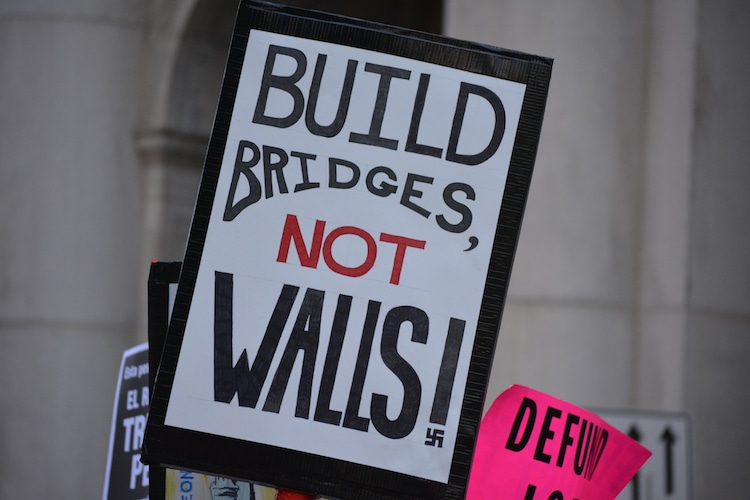 Person holding a sign at the Families Belong Together march in New York City from Christopher Penler / Shutterstock.com

#FamiliesBelongTogetherMarch in Denver, thank you. Thank you so much for this. pic.twitter.com/qEk113uDms

“Donald Trump should not be taking kids from their mommy’s. Sometimes we kids have to say something because the grownups aren’t listening” – Bethany on why she marched today.#FamiliesBelongTogetherMarch in Richmond pic.twitter.com/eTqwvIcOiR

Doesn't take much thought to answer this question! #FamiliesBelongTogether pic.twitter.com/5jMzQqnQv0

My favorite was this one pic.twitter.com/ebP4c48bRk

#familiesbelongtogether ❤ great signs think alike (not sure who made this but it’s rul good!) pic.twitter.com/6rNn9M5tab

“Kids nap, not kidnap!” sign at the #FamiliesBelongTogetherMarch in DC pic.twitter.com/Tj0rHswxOA