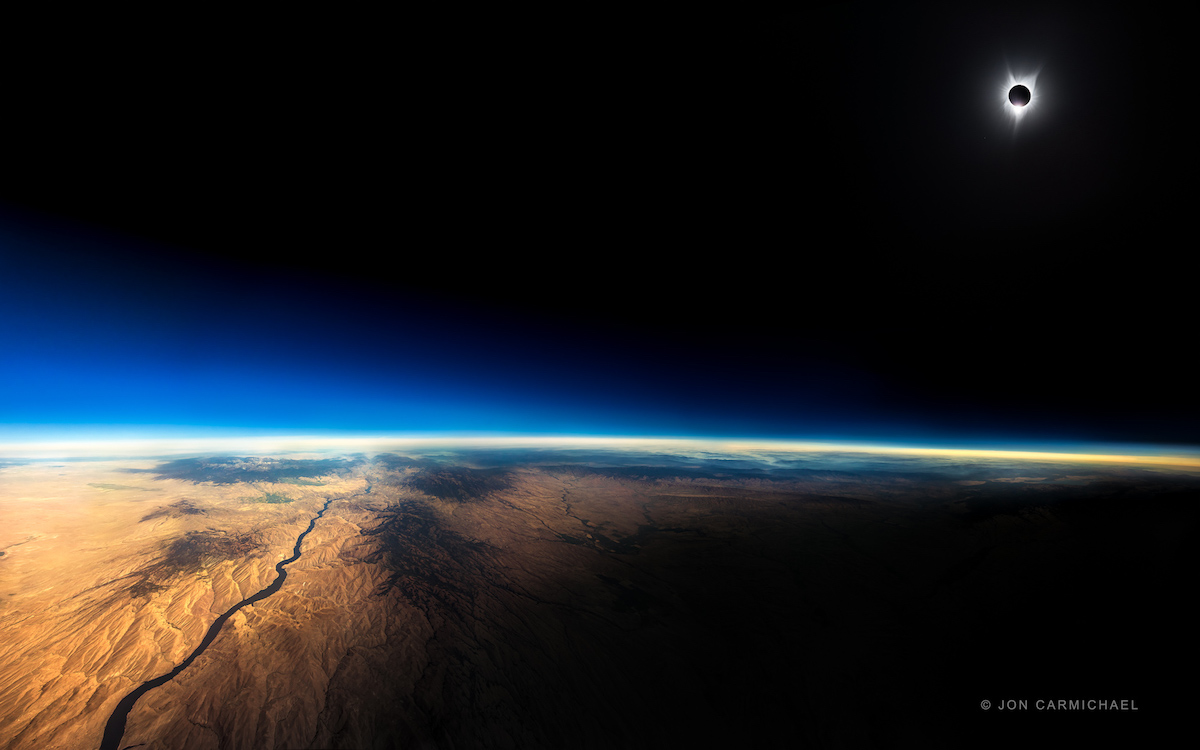 Over 200 million Americans watched the total solar eclipse in August 2017, but no one had a better view than photographer Jon Carmichael. He spent years plotting how he could capture the total eclipse in a unique way, eventually combining his passions for photography, astronomy, and flight.

“I wondered, if I got up high enough, could I actually see the moon's shadow move across the Earth's surface at 2,000 mph? That's what I really wanted to see,” Carmichael tells My Modern Met. “And as a photographer, I wondered, can I actually capture this beautiful fleeting moment in our country from a unique perspective? This was the most photographed moment in history, so as a professional photographer that's a lot of pressure.” By studying the eclipse path carefully, the photographer realized that Southwest Airlines runs a flight from Portland to St. Louis that would put him in the perfect position to view the event.

Taking a once in a lifetime chance, Carmichael purchased a ticket and hoped that he'd get a window seat. Since Southwest doesn't have pre-assigned seats, he'd even prepared himself to bribe someone to give up their window position if necessary. Luckily, it didn't come to that. When he explained his mission to the Southwest flight crew, not only did they ensure he'd get a great seat, but the captain actually went outside the plane to clean the window for a crystal clear shot. During the flight itself, the pilots circled a few times to provide all passengers with a spectacular view.

When it came time for the moment of totality, Carmichael was ready. He shot over 1,200 photos in two minutes and managed to perfectly capture the total eclipse over Snake River. It's an image that Inc. calls “history's most amazing photo.” A 10-foot laser-crystal c-print of 108 now hangs in Twitter's New York offices.

So how did it feel to take the photo of his dreams? “In photography, it's very rare for something you envision to manifest itself, let alone to turn out even better than you had hoped. I had visualized this moment for years, risked a lot flying across the country on the off-chance this could work out, and hadn't slept in days leading up to this moment. So after I looked through all the photographs, I put my camera away, took a deep breath, and celebrated by ordering a drink and had a giant smile for the rest of the flight. I had never felt more relieved, grateful, and excited in my life. Against all odds, it came together. It felt meant to be—and literally changed my life.”

Carmichael spent one year processing the images into a giant photographic-mosaic titled 108. Limited edition prints are now available for purchase via the photographer's website.

Photographer Jon Carmichael took a Southwest flight during the Great American Eclipse to get the perfect photo from his seat. 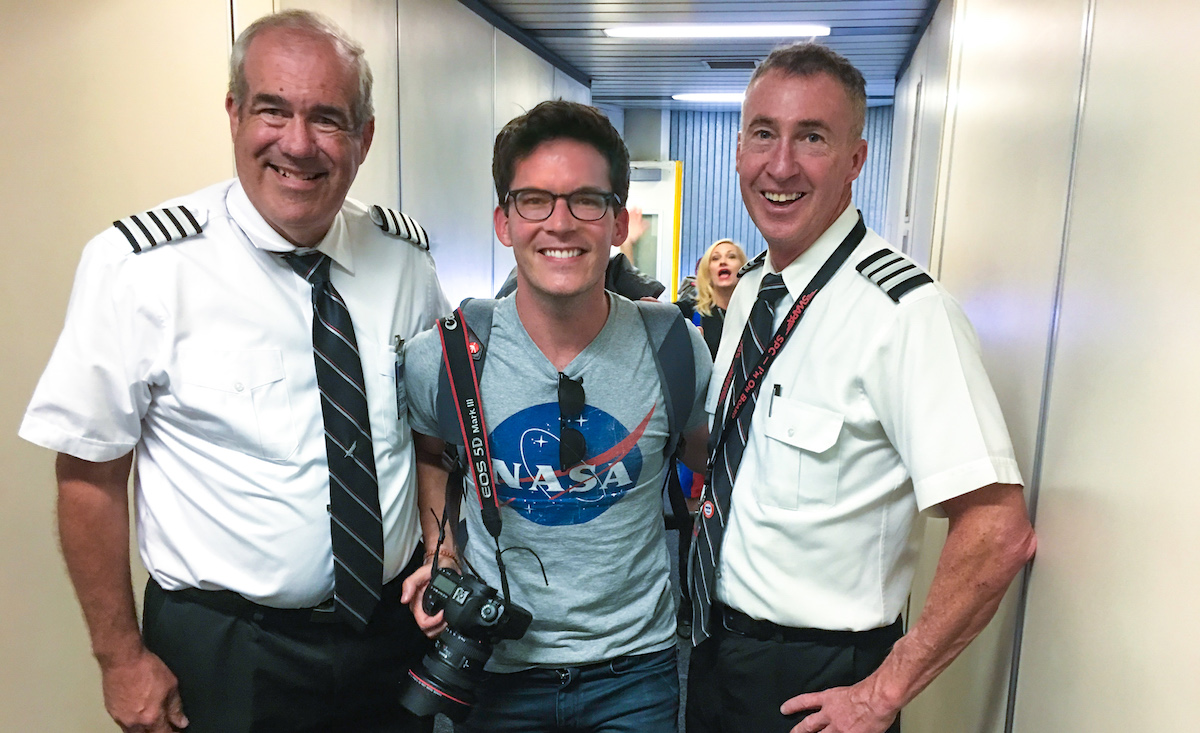 Once he explained his mission to the flight crew, the captain cleaned his window to ensure he'd have a crystal clear shot. 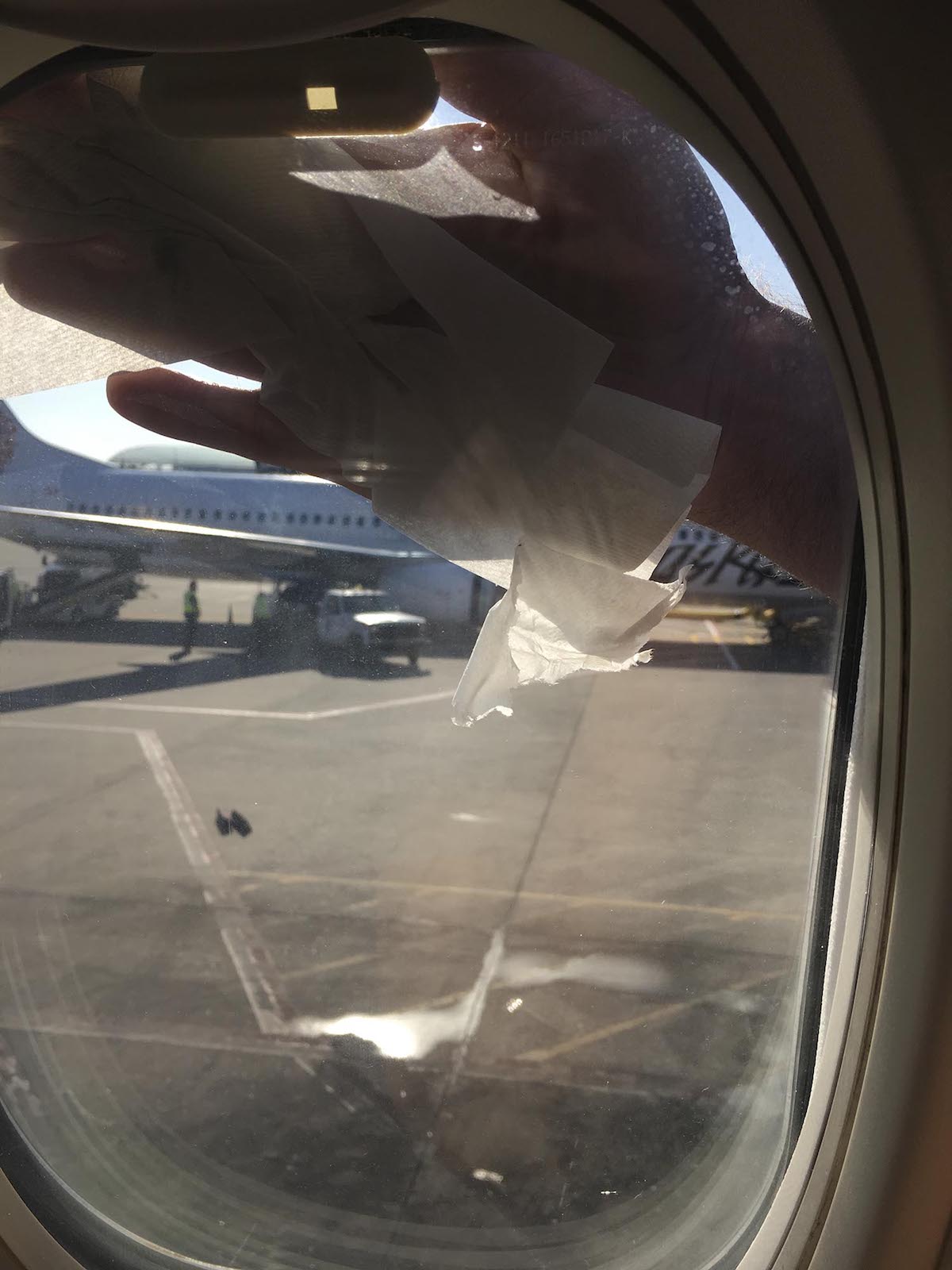 From his window seat, Carmichael had the perfect view and was able to take 1,200 photos during the eclipse. 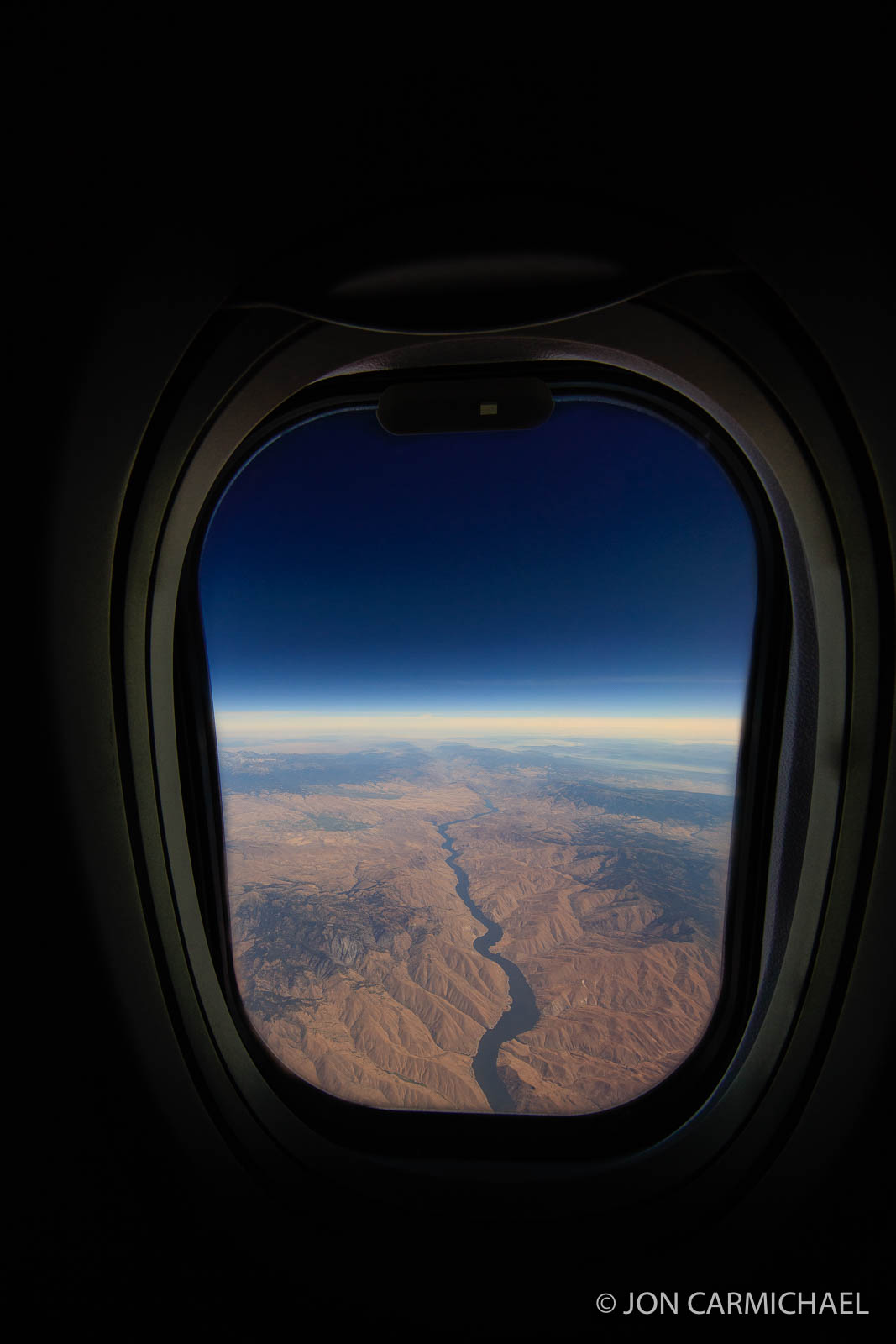 Watch this video from Southwest Airlines to learn more about Carmichael's vision.

My Modern Met granted permission to use photos by Jon Carmichael.

In awe of this spectacular photo? Share
Like My Modern Met on Facebook
Get Our Weekly Newsletter
Become a
My Modern Met Member
As a member, you'll join us in our effort to support the arts.
Become a Member
Explore member benefits