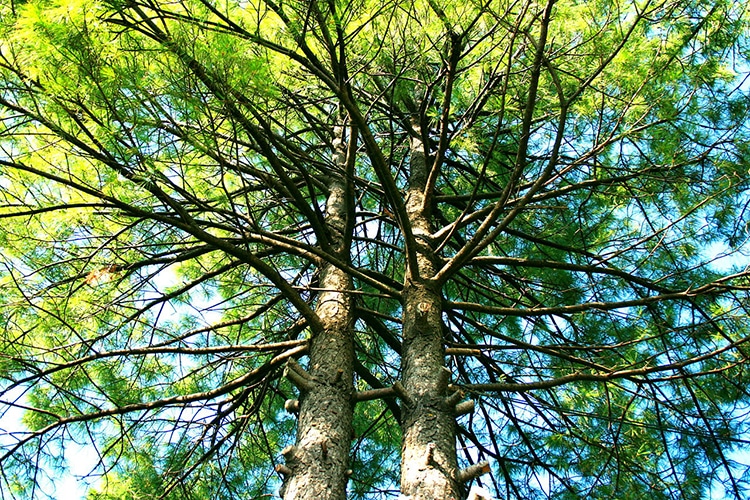 Though this period of uncertainty and loss has been challenging for people around the world, we’ve been able to focus on moments of compassion, renewal, and persistence to help us through the coronavirus pandemic. Every story of an animal species returning to its habitat (which is now devoid of industrial traffic) can uplift us even in our most isolated moments. One of these optimistically faith-restoring projects comes out of Pakistan. Prime Minister Imran Khan, who launched the 10 Billion Trees Tsunami initiative in 2018 to help the country counter the mounting effects of global climate change, has made this initiative instrumental once again; this time, it is also helping to battle the social and economic effects of the virus on Pakistan's population.

According to the Global Climate Risk Index of 2020, Pakistan ranks fifth in a list of countries that were affected the most by planetary heating over the past twenty years. From 1999-2018, the country reported over 150 extreme weather events (heat waves, droughts, floods, etc.), which are only projected to increase as global climate change worsens. The 10 Billion Trees Tsunami project seeks to plant the eponymous ten billion trees across the desert landscape over a five-year period.

Although Pakistan has been on lockdown since March 23 to help mitigate the spread of the virus, the Prime Minister has issued exceptions to day laborers associated with this project. In addition, he has hired 63,000 laborers facing unemployment from these municipal lockdowns to continue afforesting. Workers are compensated between 500-8,000 rupees (about $7 to $106) a day, which amounts to about half of their usual wages, but helps alleviate a fraction of the unemployment population in Pakistan.

To keep their workers further protected, the government has mandated that planters must wear masks and stay 6 feet apart from one another while in the field. The positive effects of these efforts are being felt, though, and about 30 million indigenous saplings have been planted in the Punjab area alone since the start of this campaign. This year, the afforestation plan hopes to have 50 million trees planted.

News of these increased efforts rides on the coat-tails of discussions about reinstating programs like the Civilian Conservation Corps in the United States—a program which was born out of FDR's New Deal and aimed to help unemployment in the 1930s by hiring people for public works projects. For Malik Amin Aslam, the Climate Change Advisor to the Prime Minister, this situation “has taught us the valuable lesson that when you invest in nature it not only pays you back, but also rescues you in a stressed economic situation.”

You can follow #Plant4Pakistan on social media to see updates about the 10 Billion Tree Tsunami Campaign's progress in their fight against global climate change.

When you protect #Nature it always pays you back – #AssistedNaturalRegeneration of indigenous #Deodar covers the floor in #Chitral – under #10BillionTreeTsunami community based closures pic.twitter.com/ubnXzTWJ0Q