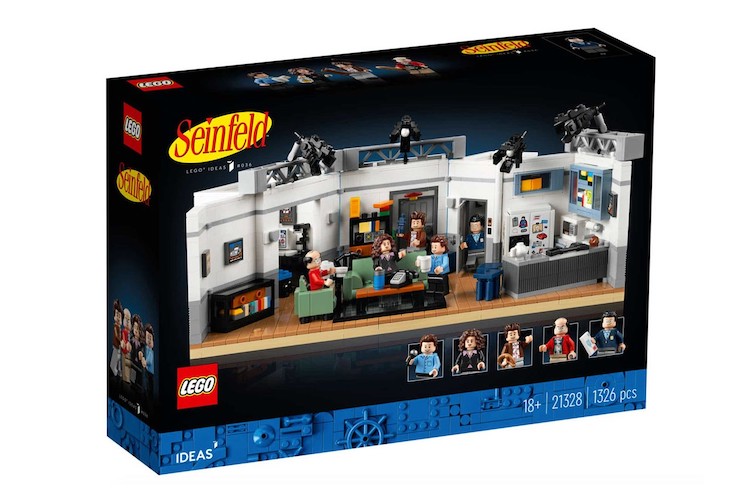 American sitcom buffs might know that LEGO recently released a set based on the apartments in F.R.I.E.N.D.S. And now, the Danish toy brand just revealed a model in celebration of Seinfeld. The new, 1,326-piece LEGO set marks the 30th Anniversary of the 1989 premiere of the classic comedy series. And it was even designed by a Seinfeld fan.

Brisbane-based concept designer and LEGO enthusiast Brett Waller submitted his design for a Seinfeld-themed set to LEGO Ideas in 2019. A year later, after getting the necessary 10,000 community votes, LEGO announced the collectible edition was officially going into production.

“I loved Seinfeld in the ‘90s and recently re-watched them all,” reveals Waller. “I thought it was a travesty that a LEGO Seinfeld set didn’t exist so I made an effort to resolve that and make the best rendition of Jerry’s Apartment and the gang that I could.” He adds, “The biggest challenge was trying to cram as much detail from the show into the kitchen, all the cupboards, items in the cupboard and on the bench-tops. But I am very proud of how it turned out.”

Waller has every right to be proud of his design. The elaborate set allows you to build Jerry Seinfeld’s apartment, complete with instantly recognizable items from the show. There’s a LEGO open-plan kitchen with a buildable counter, a fridge, microwave, oven, and more. The living room features Jerry’s memorable green couch and coffee table. And there’s even a buildable stage for the stand-up comedian to put on a show.

Of course, the set wouldn’t be complete without its five minifigures inspired by the show’s main characters; Jerry Seinfeld, George Costanza, Cosmo Kramer, Elaine Benes, and Newman. Each minifig has its own props that reference iconic episodes. Elaine holds a LEGO fish in a bag, George has a fishing rod and bread, and Kramer has a pretzel (that will definitely make him thirsty). 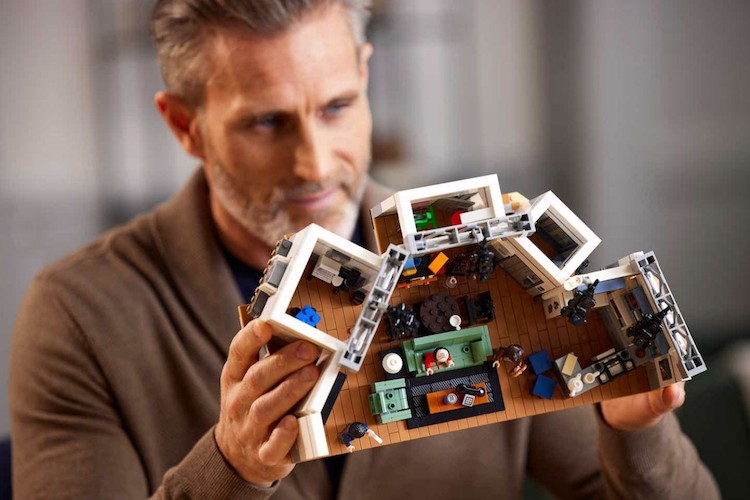 It was designed by Seinfeld fan and LEGO enthusiast Brett Waller. 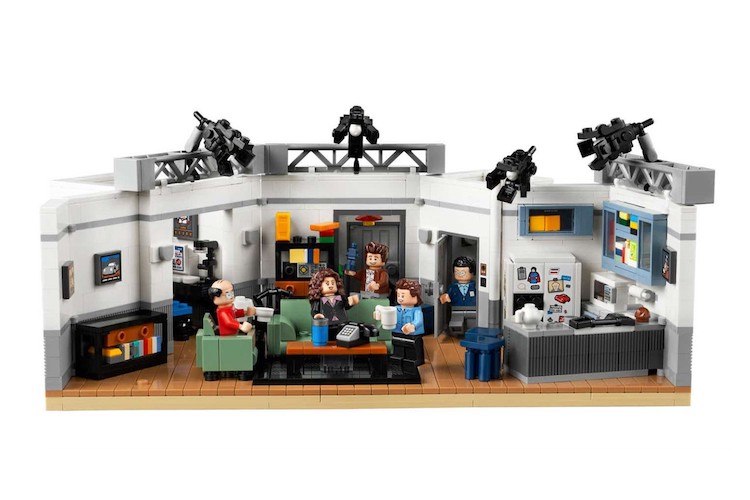 The collectible set allows you to build a miniature model of Jerry Seinfeld's iconic apartment. 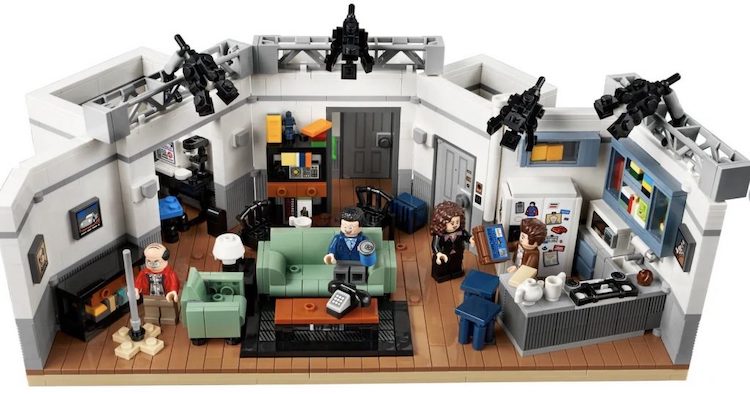 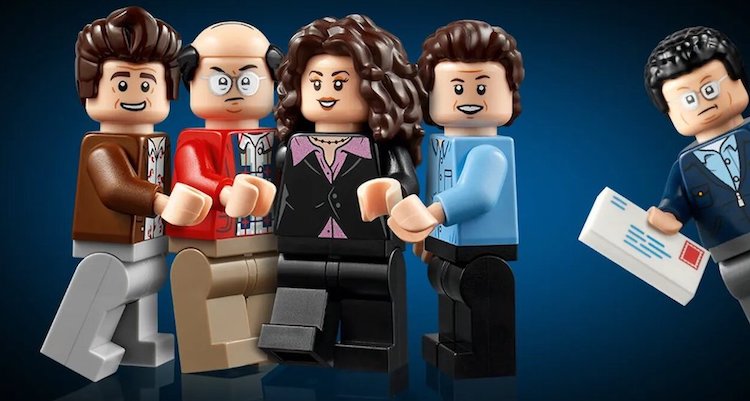 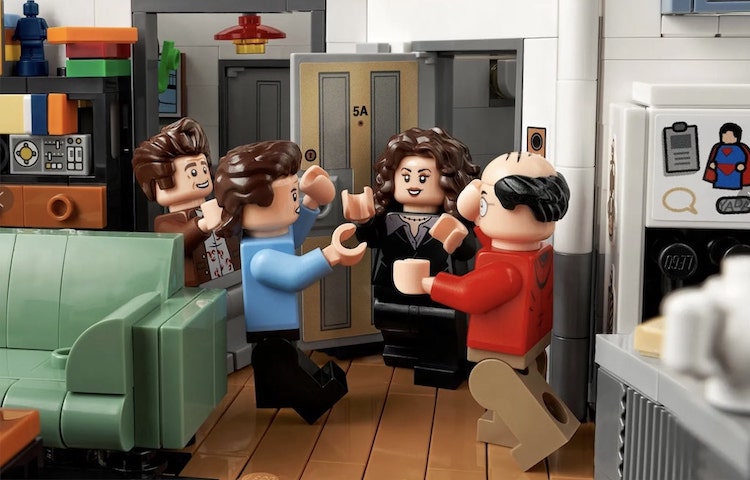 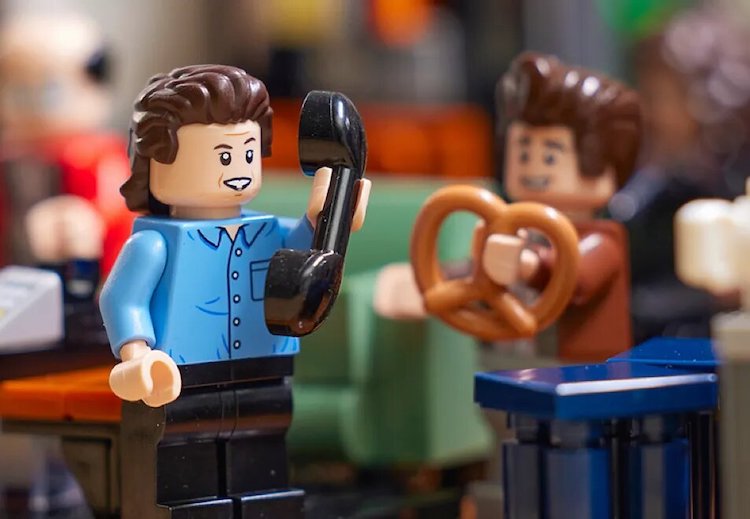 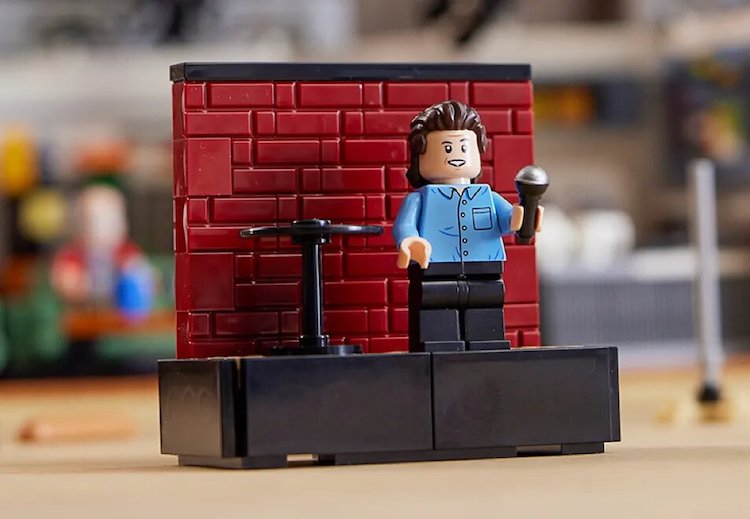 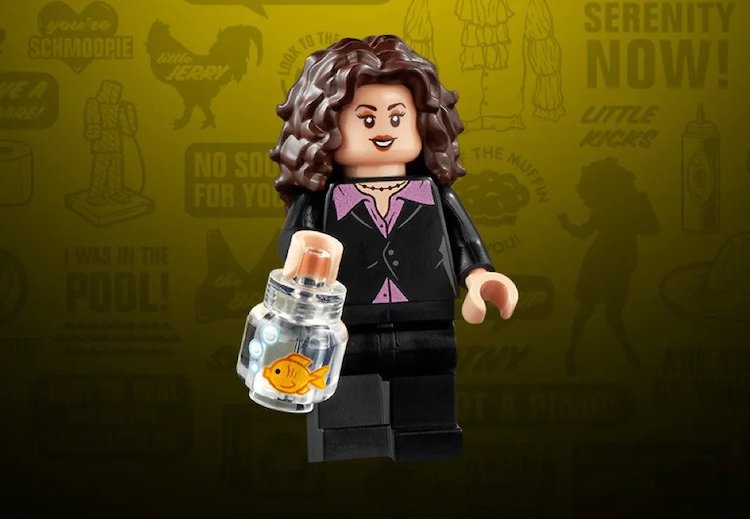 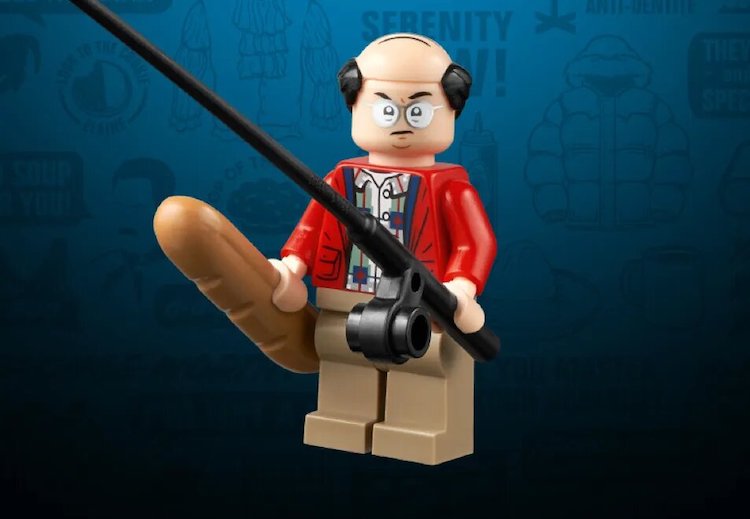 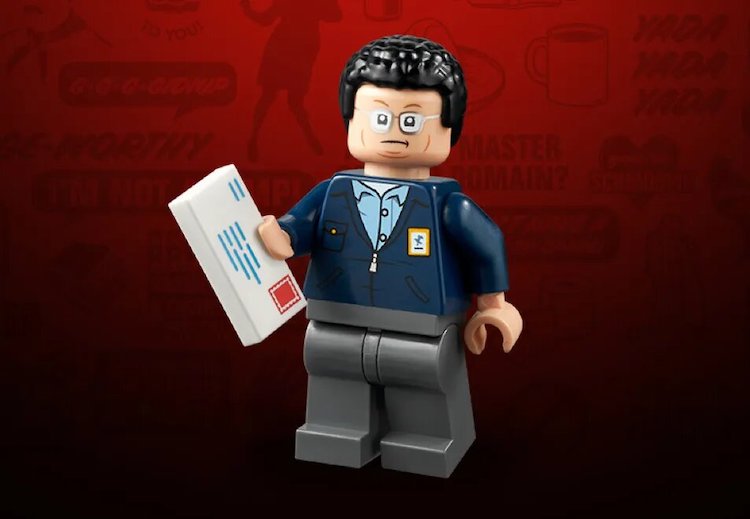 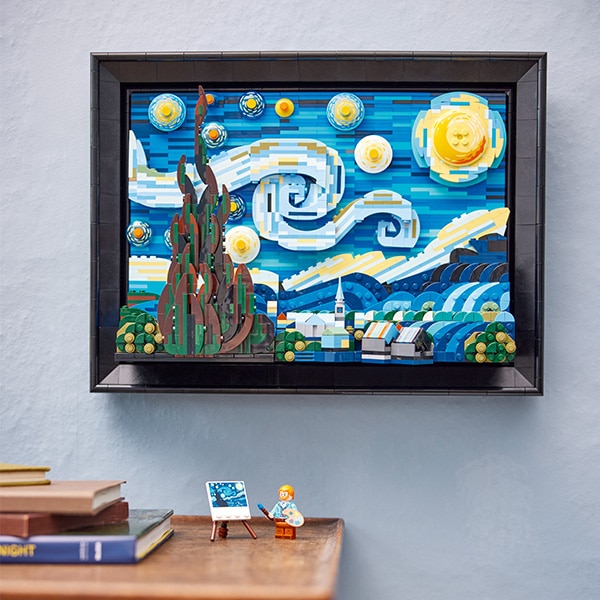 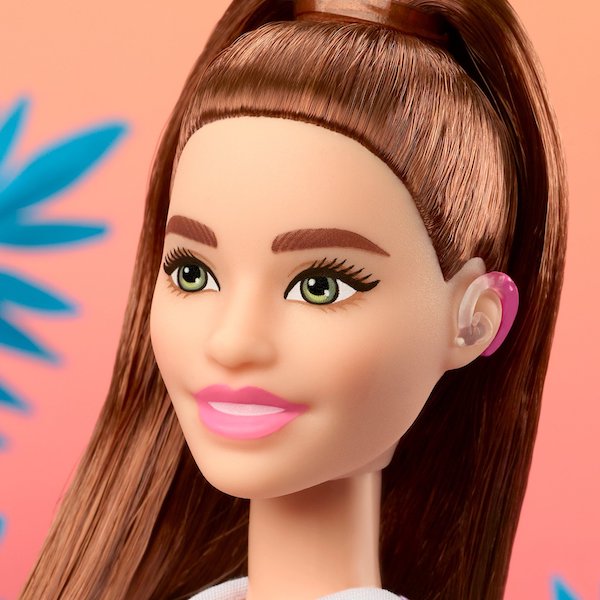 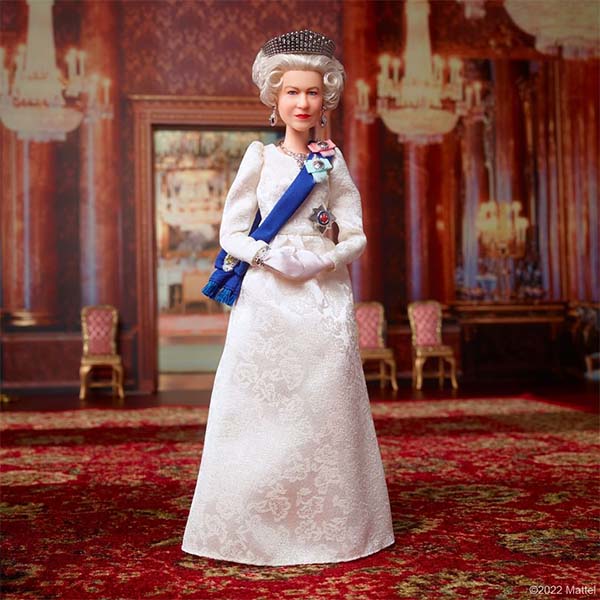 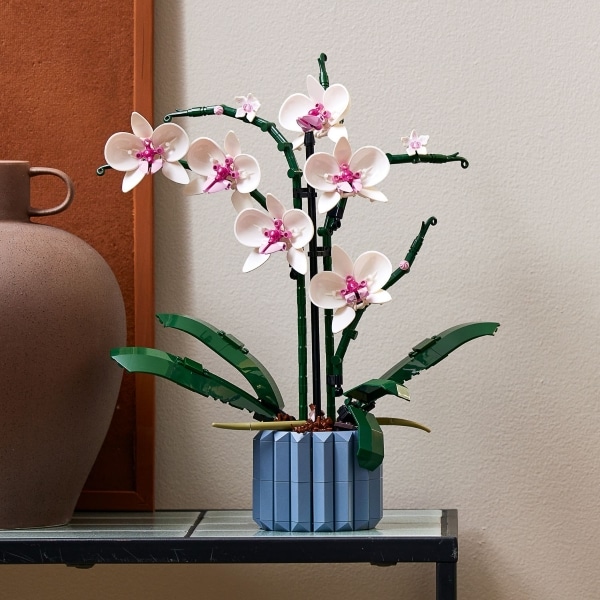 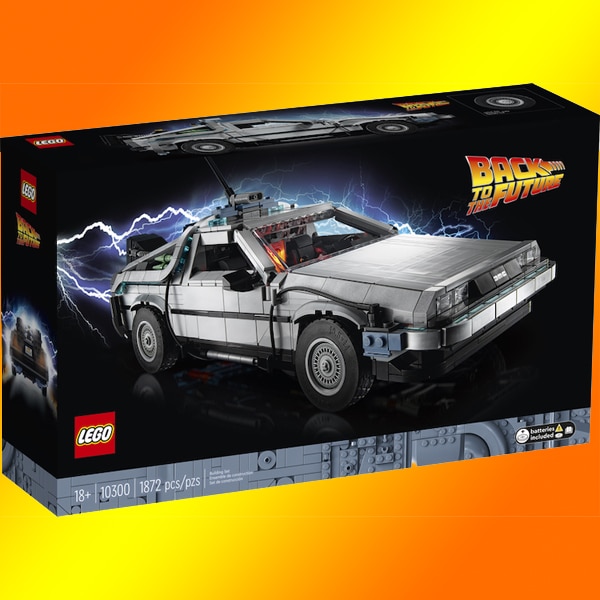 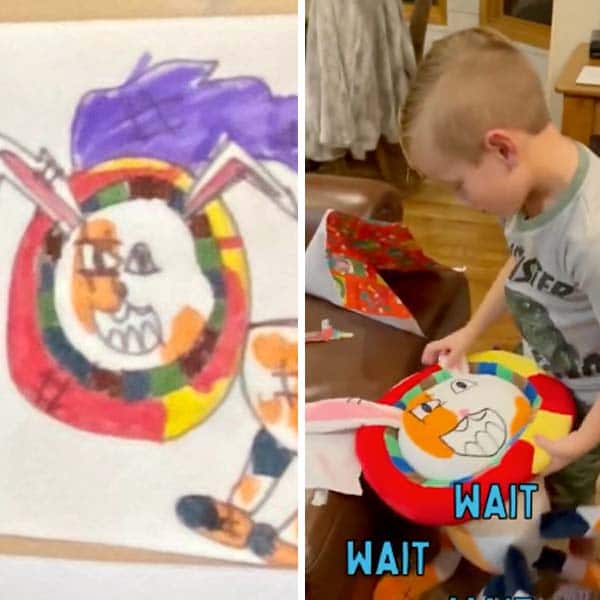 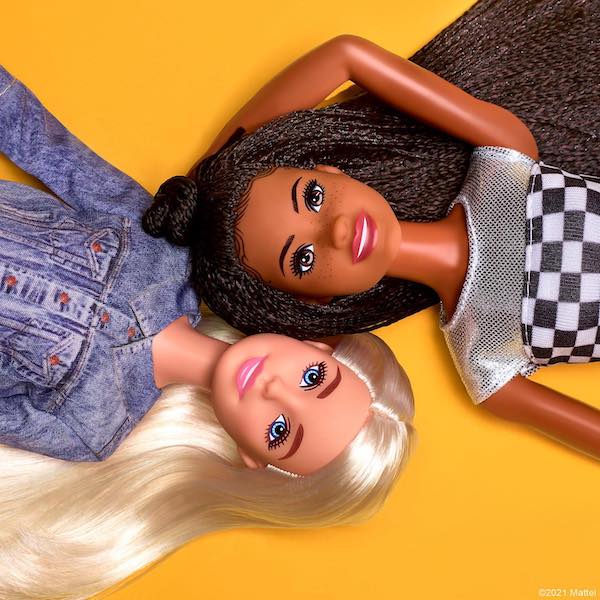 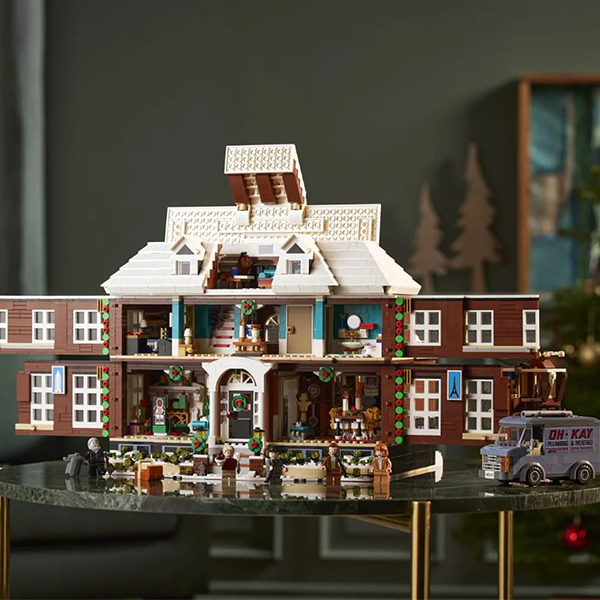 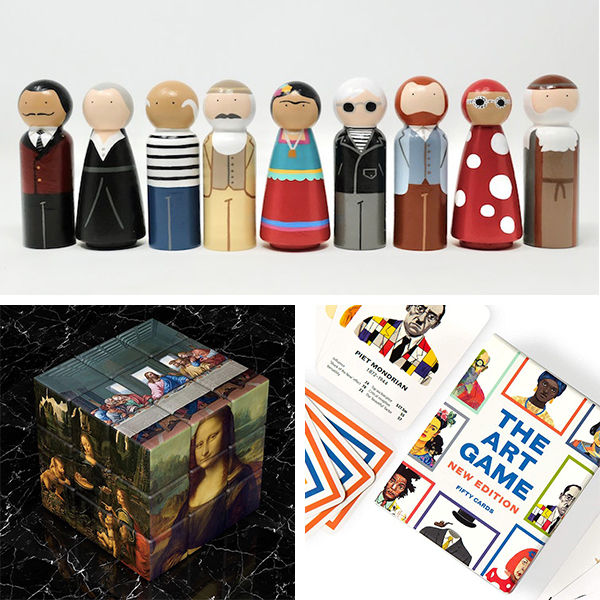 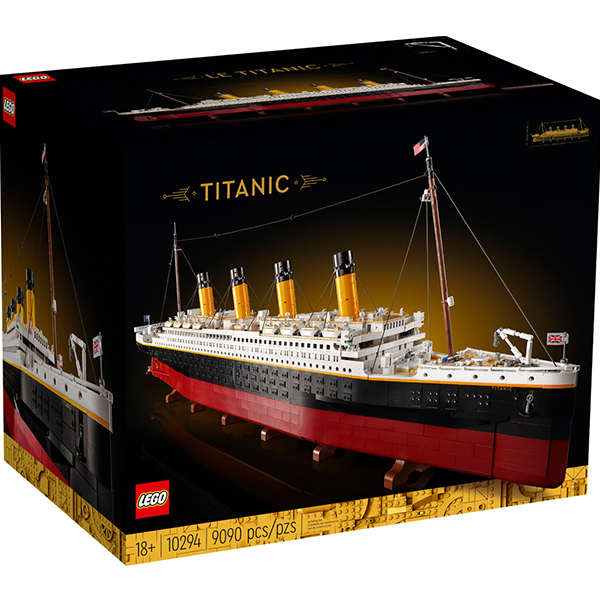