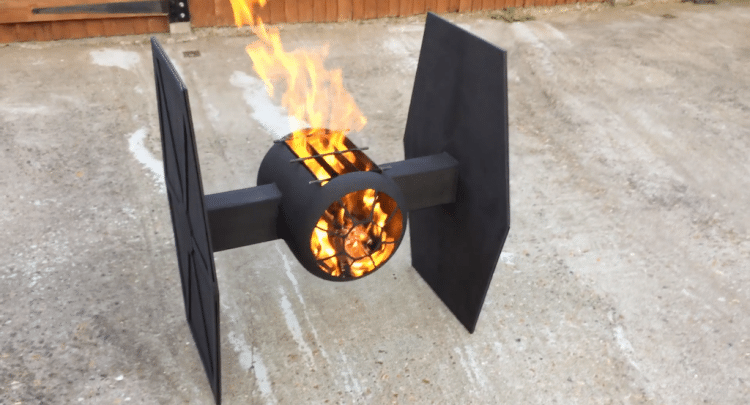 Usually, when a TIE fighter is on fire, it’s probably not good news for the Imperial fleet. However, for this steel replica of the space vehicle made by craftsman Simon Gould (of Simon Bonce Designs), its flames only mean good things. This perfect backyard accessory for any Star Wars fanatic is actually a fire pit and a miniature barbecue grill.

Gould was inspired to make his TIE fighter fire pit when he came across similar designs on social media. After he made his first one, he began making an entire fleet of fire pits, ready for action this summer. “I design and build some of the craziest things imaginable in my workshop.” says the craftsman. “I have been doing this for a while and I now think it’s time to show the world what I can make.”

Gould’s design is perfect for sci-fi fans who love to spend summer nights outside. If you want your own, you can contact the artist on Facebook to make a custom order. 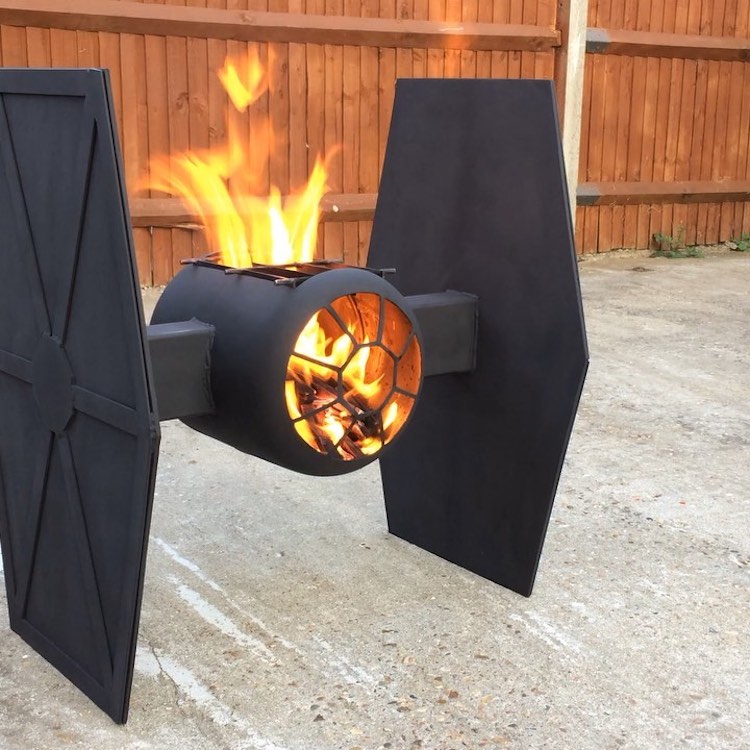 Actually, he's made an entire fleet of them! 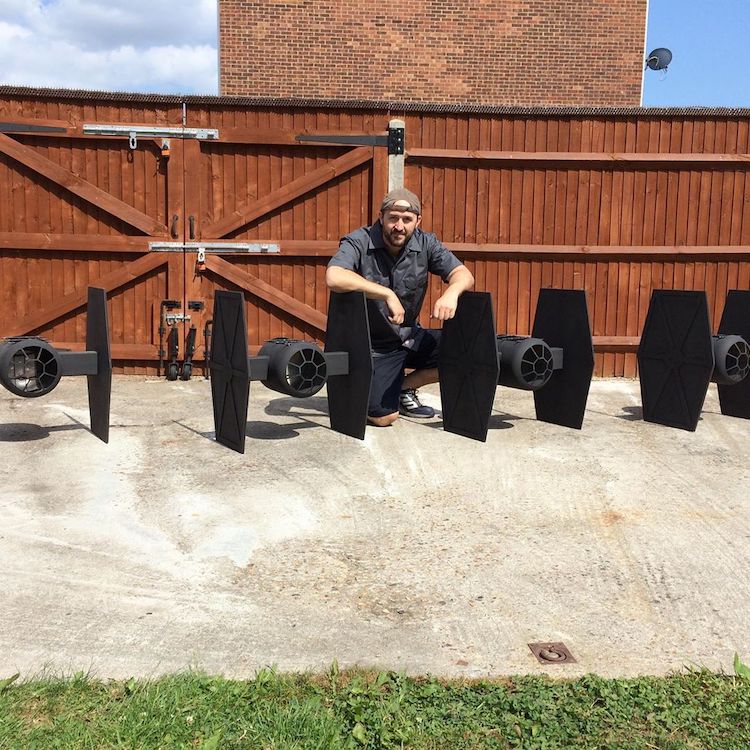 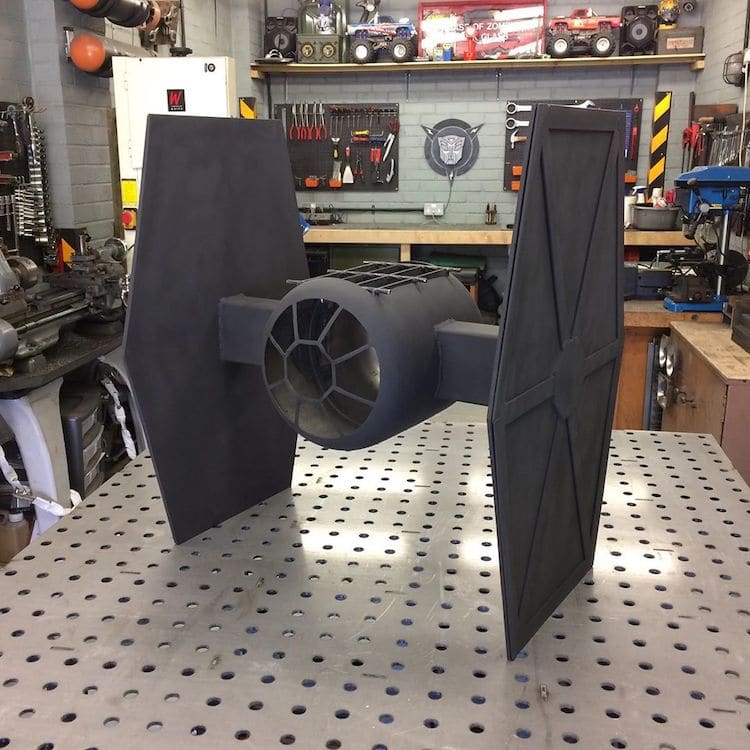 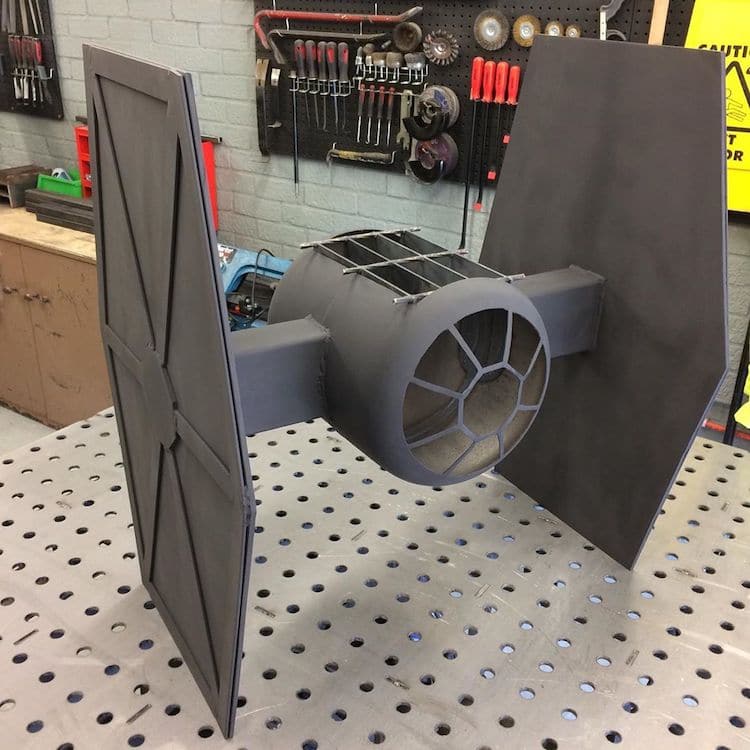 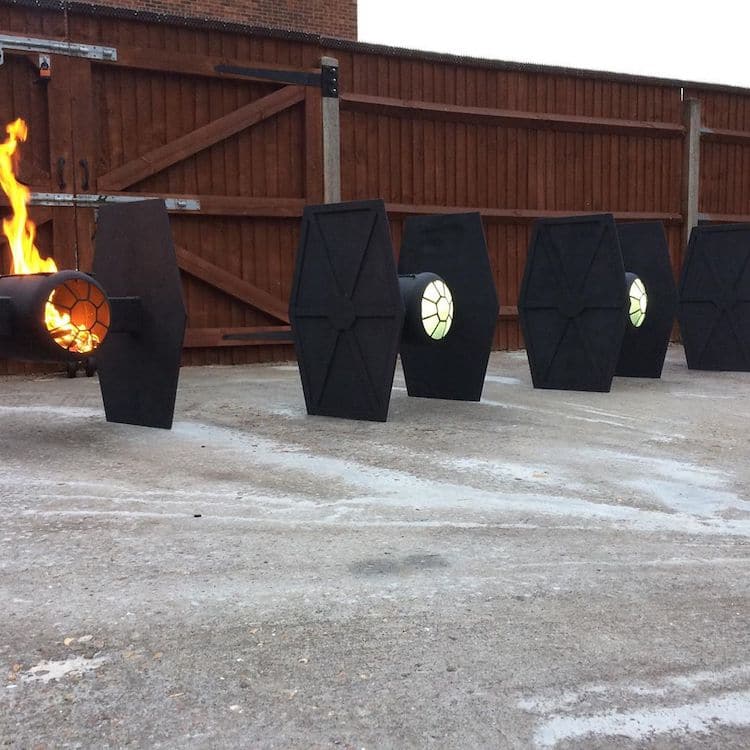 The design even features a miniature barbecue grill on the top.