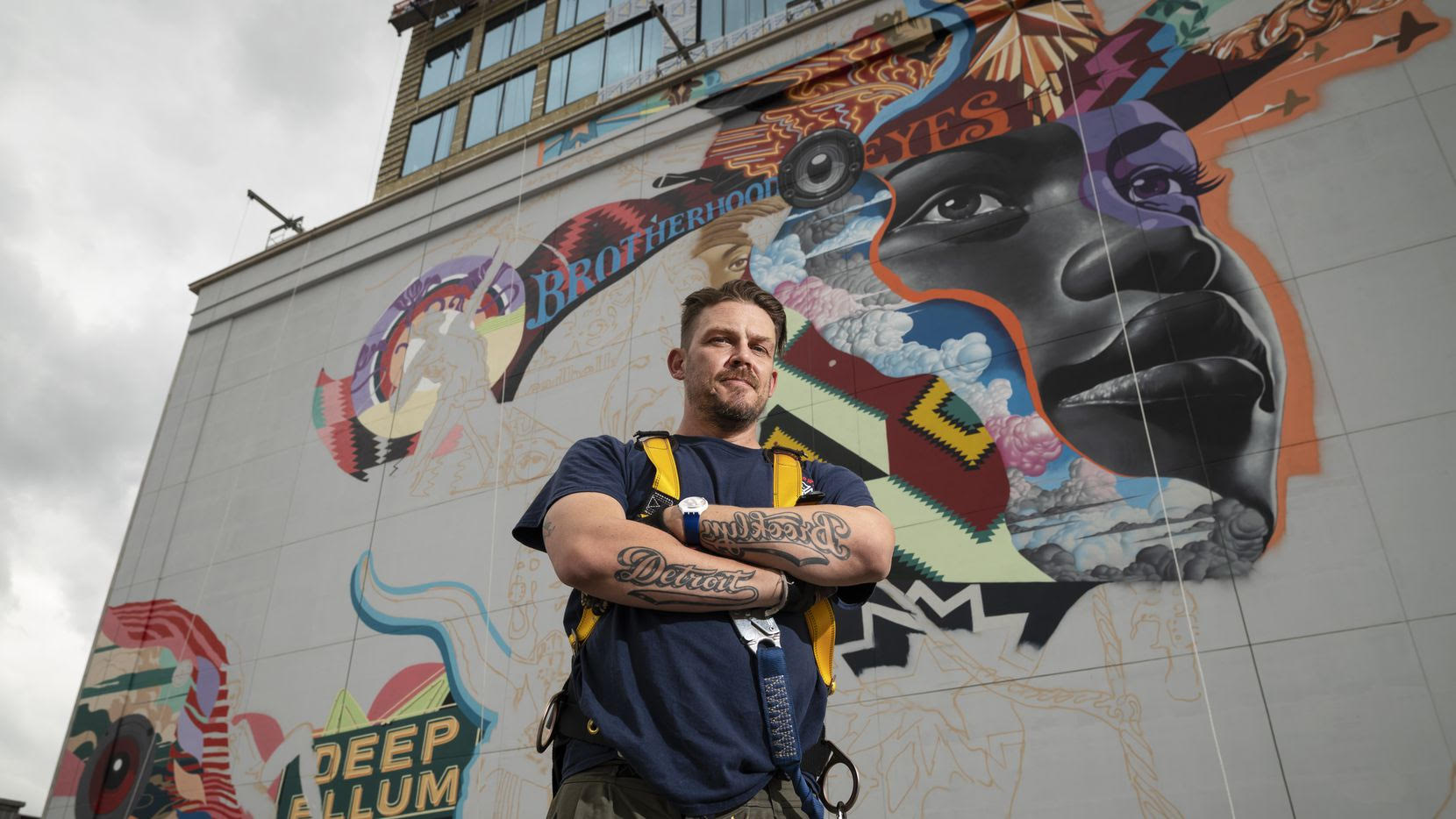 Designer, illustrator and street artist Tristan Eaton is perhaps most well known for his large-scale murals that can be found in cities around the world—including New York, Paris, and Shanghai. The artist’s signature collage style is instantly recognizable, with its bright, colorful imagery and dynamic compositions. In one of his latest commissions, Eaton’s canvas was an 8,500-square-foot building called The Stack in the heart of Dallas, Texas’ historic Deep Ellum neighborhood.

The massive mural is a collaboration between Eaton and Goldman Global Arts, led by CEO Jessica Goldman Srebnick. The resulting masterpiece harks back to Deep Ellum’s roots as the diverse center of the city’s music, art, and entertainment scene. After getting to know the rich history of the area, Eaton was inspired to center the public artwork around a portrait of a Black cowgirl—also including imagery of other famous Dallas icons and local heroes. In fact, much of the composition references the area’s rich African American history. There are nods to Harlem Renaissance artist Aaron Douglas, Black architect William Sidney Pittman, and singer Erykah Badu among the mural’s many tributes.

“These are famous Dallas icons all combined into one gigantic collage that—I hope—sums of the spirit of this town,” Eaton explains. Scroll down to see more sublime images of the artist’s incredible Deep Ellum mural at The Stack. 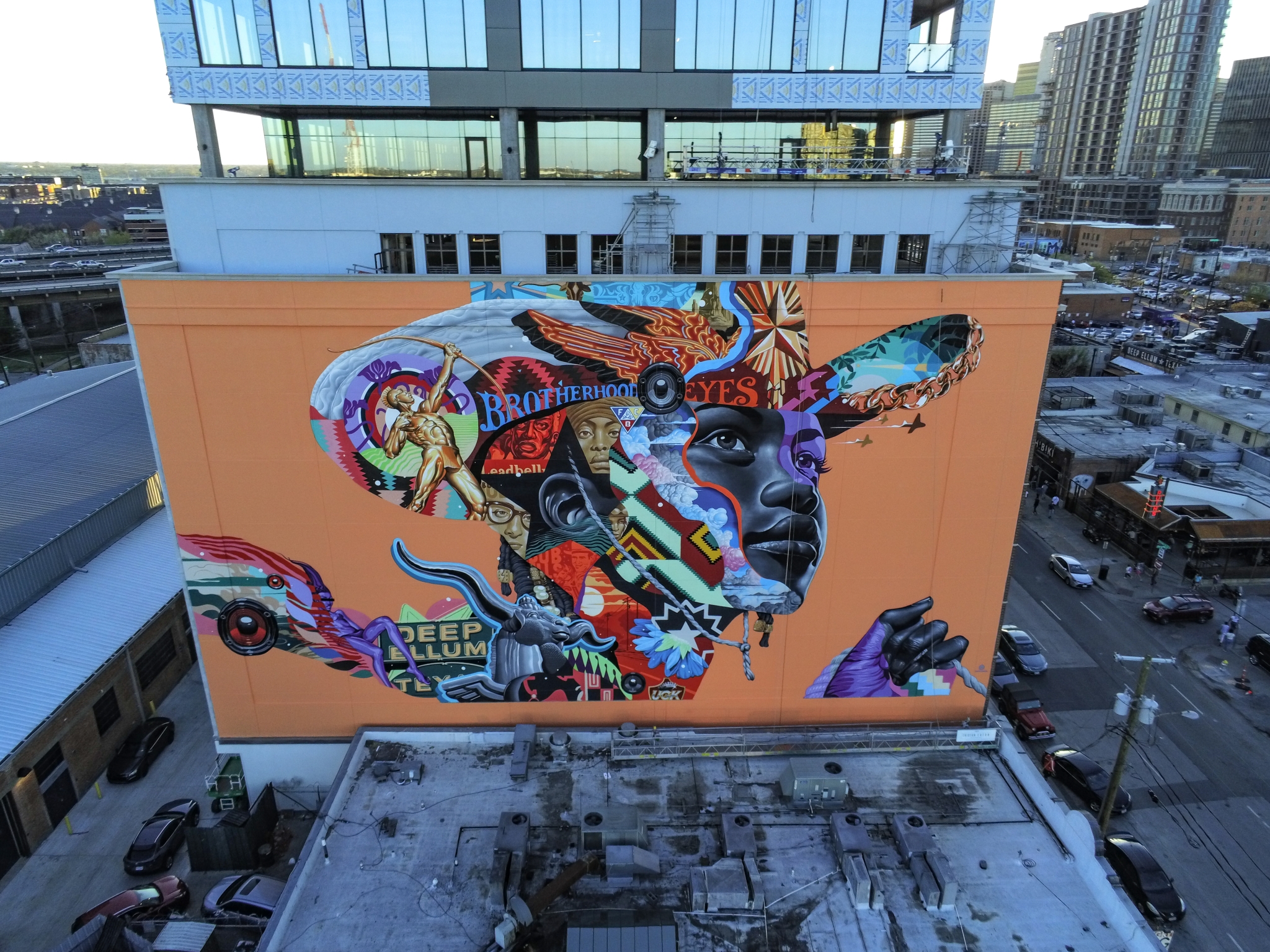 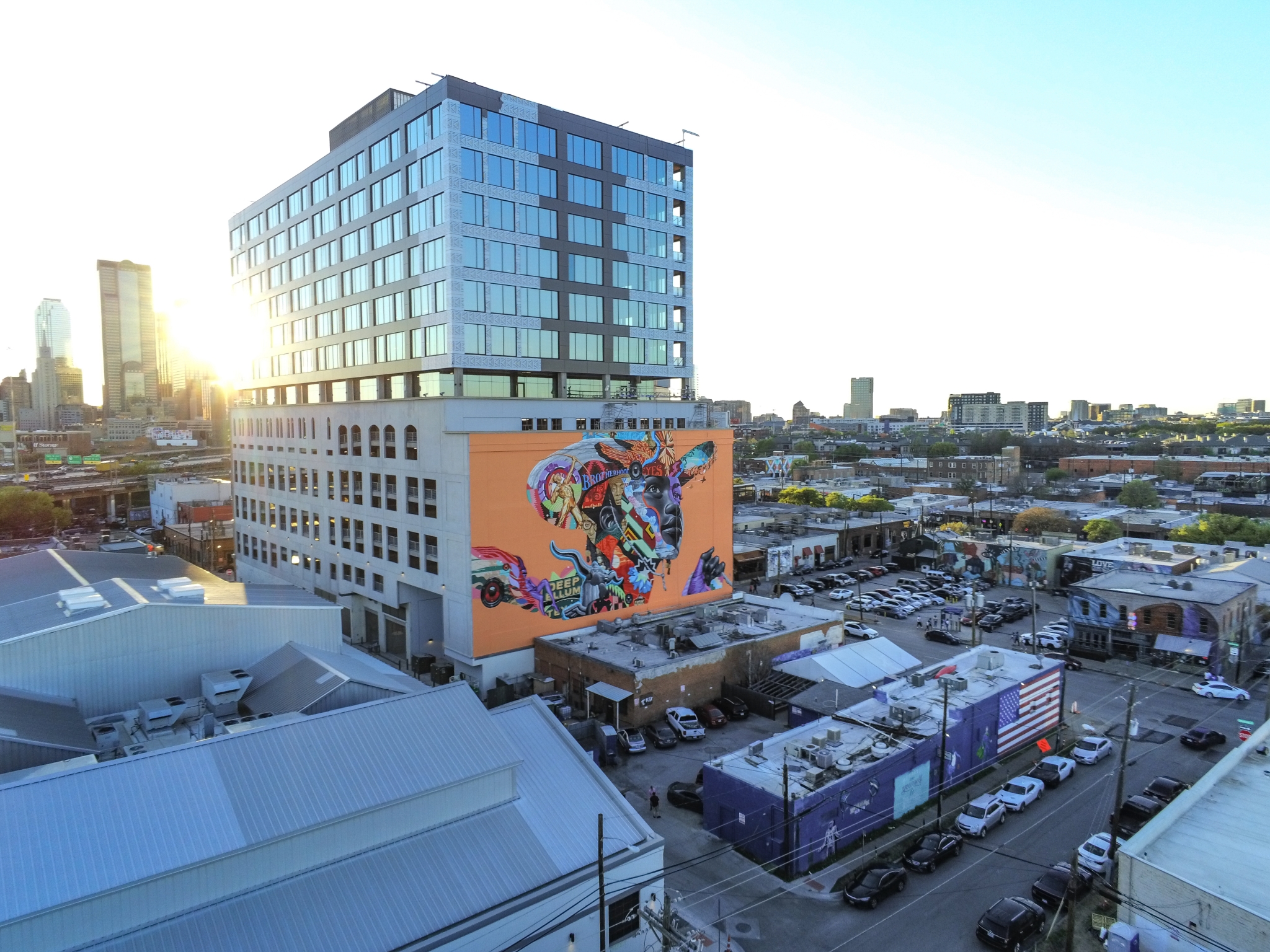 The resulting masterpiece harks back to Deep Ellum’s roots as the diverse center of the city’s music, art, and entertainment scene—with many references to the area's rich African American history. 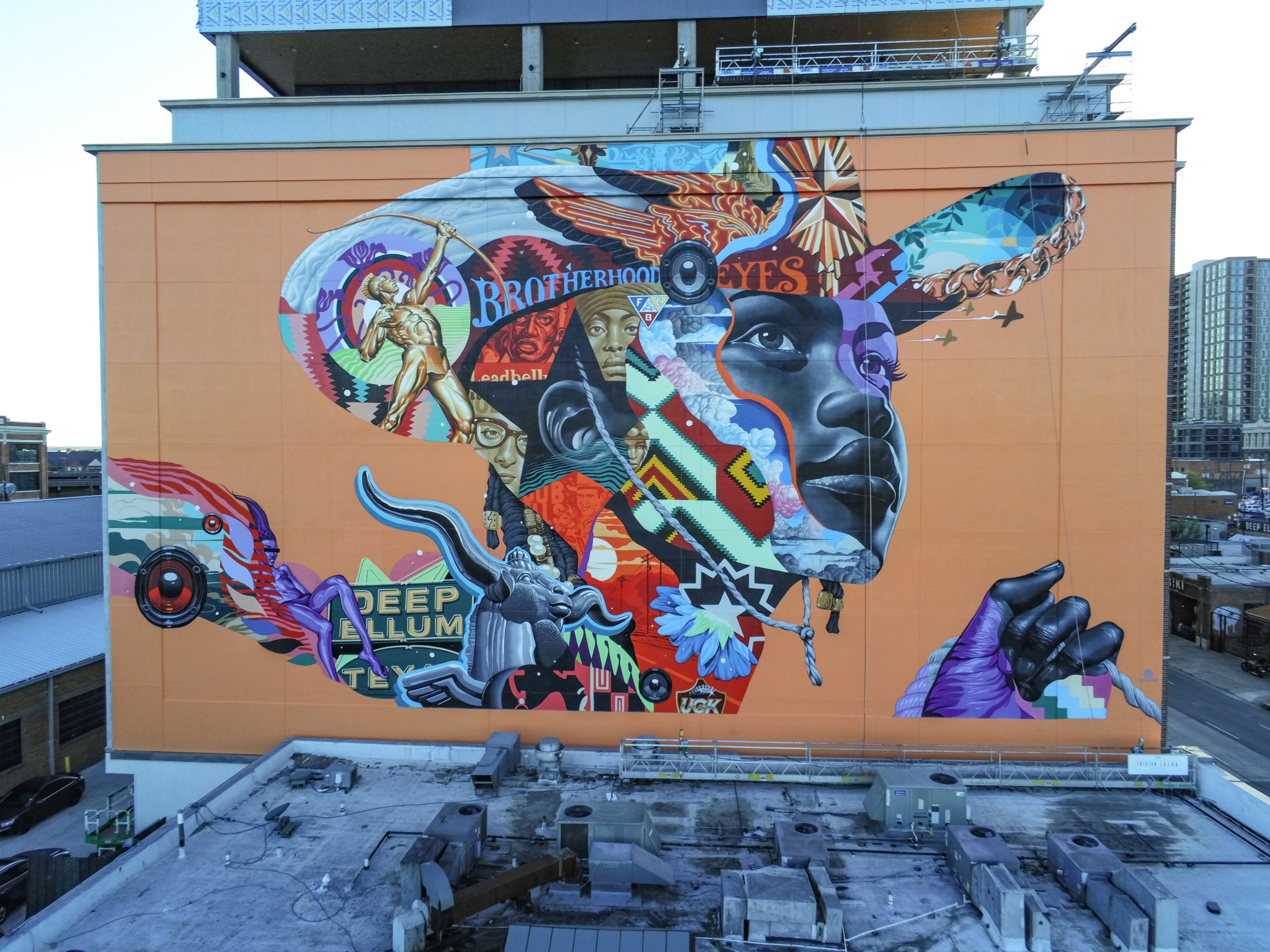 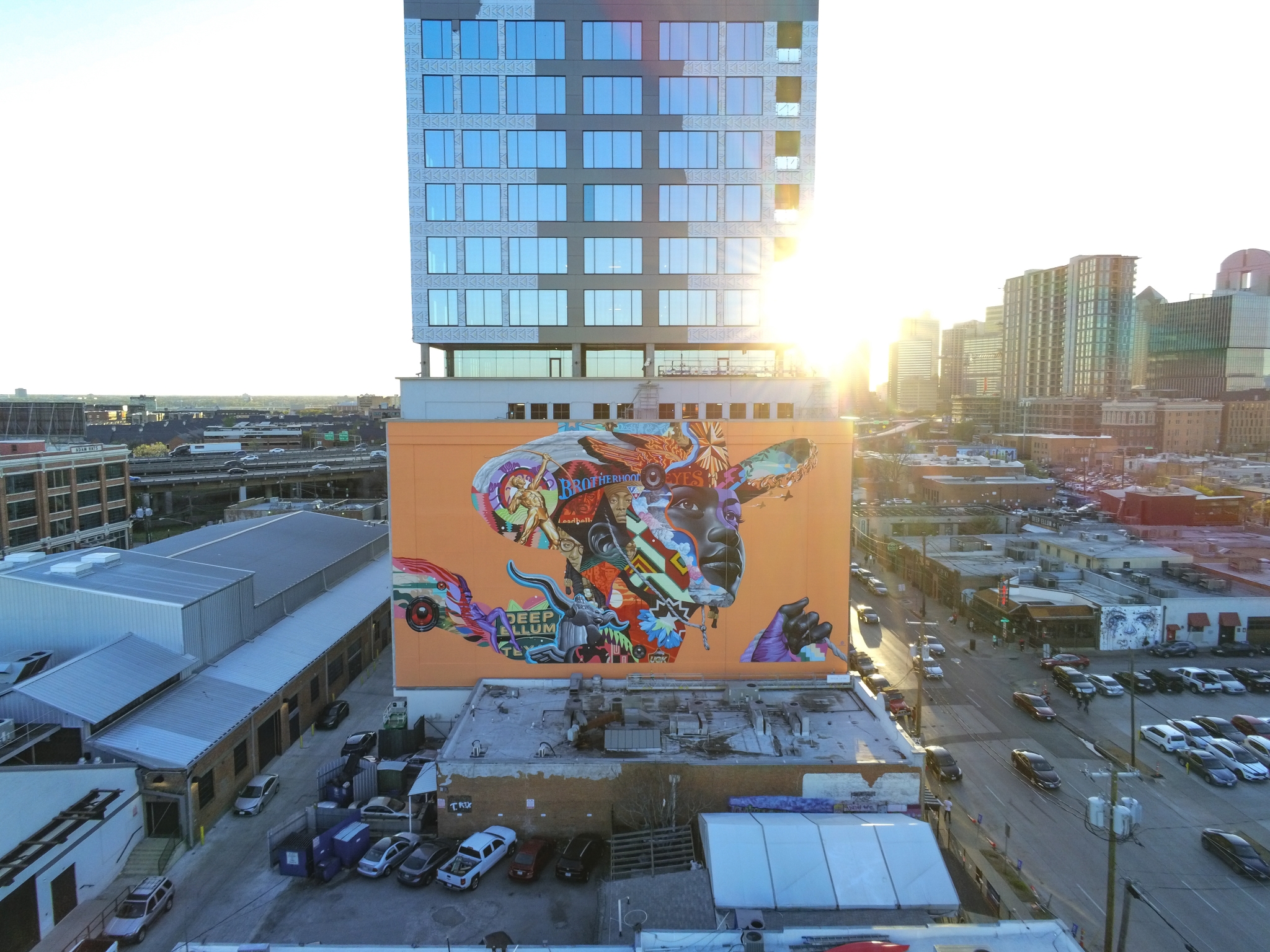 Take a behind-the-scenes look at the making of Eaton's Deep Ellum mural.

Love this incredible mural? Share
Like My Modern Met on Facebook
Get Our Weekly Newsletter
Become a
My Modern Met Member
As a member, you'll join us in our effort to support the arts.
Become a Member
Explore member benefits