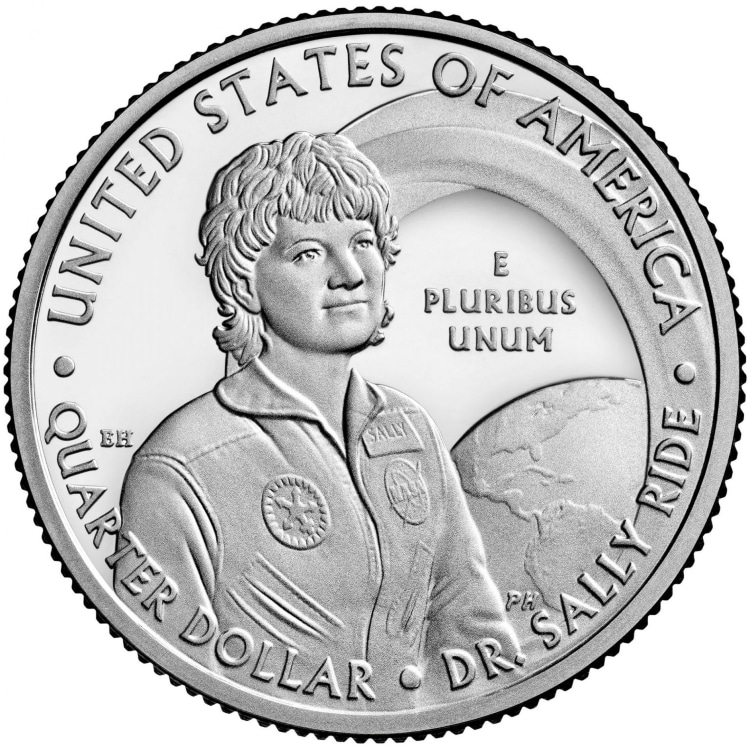 The first American woman in space, Sally Ride, liked to say, “You can't be what you can't see.” Now, in an exciting and fitting turn of events, she will join one of the most-seen faces in America—George Washington—on the U.S. quarter dollar.

In 2021, the U.S. Mint announced its American Women Quarters Program, a four-year program celebrating accomplishments made by women to the development and history of the United States. The program will release five new reverse designs a year through 2025, for a total of 20 women. The first, featuring Maya Angelou, entered circulation in January 2022. On March 21, Sally Ride joined her, bringing the current total number of women on U.S. currency up to five.

On one side of the coin is a portrait of George Washington by Laura Gardin Fraser, which was designed in 1932 to mark the president's 200th birthday. It differs from a standard quarter in that it's right-facing, rather than left-facing. The Sally Ride side was designed by Elana Hagler and sculpted by Phebe Hemphill. Hagler's design, which depicts Sally next to a window on the space shuttle, was inspired by Ride's quote, “But when I wasn't working, I was usually at a window looking down at earth.”

Ride's career began in 1978, a year after NASA began searching for women astronauts in 1977. She was studying physics at Stanford University when she saw an ad in the school newspaper inviting women to apply to the program, and defended her PhD just days before driving to Houston to begin training. Ride was among the six women who joined 29 men in that year's class, where she went on to become the first American woman in space, and the third woman overall.

Sally Ride went to space not once, but twice on the Space Shuttle missions aboard the shuttle Challenger—in 1983, and again in 1984. Not only was she the first American woman in space, but she was also the youngest American astronaut to have visited space, at 32 years old. Her job on the Challenger was operating the shuttle's robotic arm, deploying satellites into space.

After retiring from NASA in 1987, Dr. Ride began teaching at the University of California in San Diego. In addition to teaching, in 2001 she co-founded Sally Ride Science with her partner Tam O'Shaughnessy, with the goal of promoting equity for and encouraging all students, especially girls, in their STEM studies and careers. Though Sally passed away in 2012, her NASA career and her teaching legacy continue to inspire students through the Sally Ride Science books, programs, and science festivals, which reach thousands of students each year.

In an interview this past March, O'Shaughnessy elaborated on the significance of the American Women Quarters Program, explaining why it’s so important for the country: “It sends a positive message about how we value women. Just imagine a little girl or boy who is saving pennies, dimes, and quarters for something special. They hold their coins and treasure them. They turn each coin over in their hand and stare at the image and words. If all they ever see are white male faces, the little boy or girl may never feel a sense of belonging. A sense that they, too, can make a difference.”

On March 21, 2022, the Sally Ride quarter entered circulation, as part of the U.S. Mint's American Women Quarters Program to celebrate contributions to the country's development by American women. 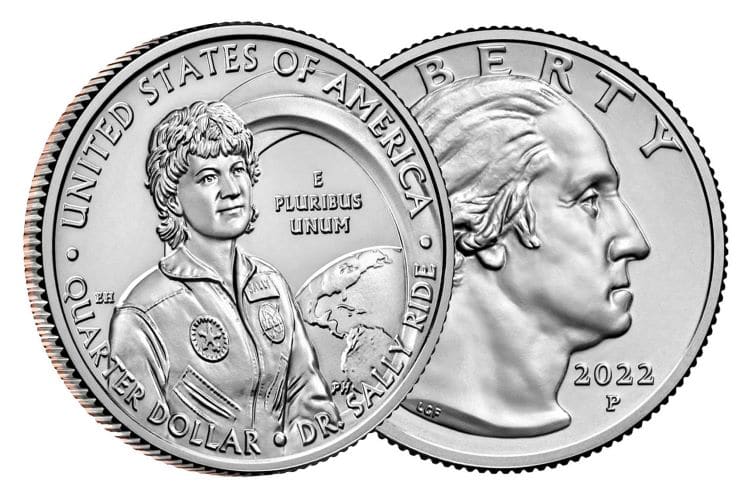 Dr. Ride was the first American woman in space. The quarter's design depicts her looking out a space shuttle window, inspired by her quote, “But when I wasn't working, I was usually at a window looking down at earth.” 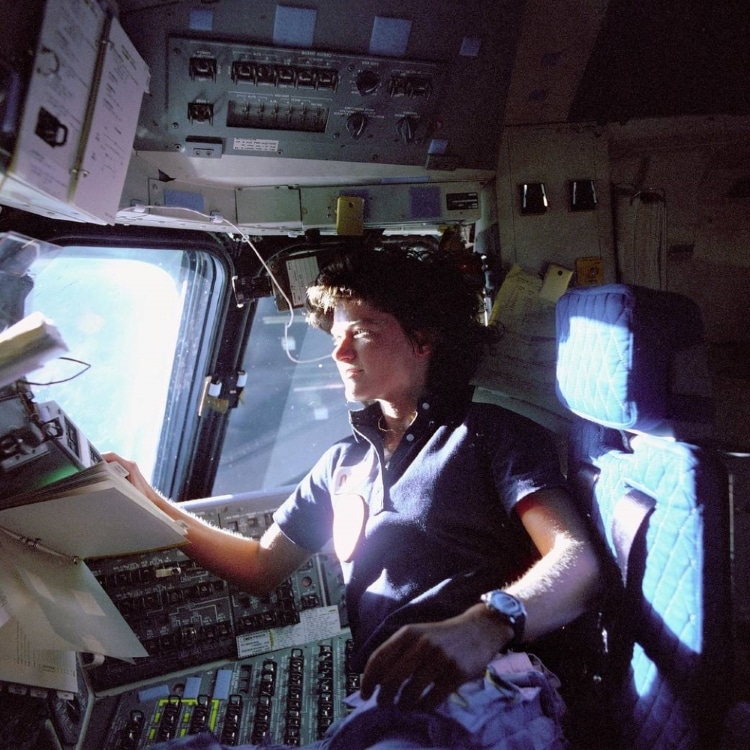