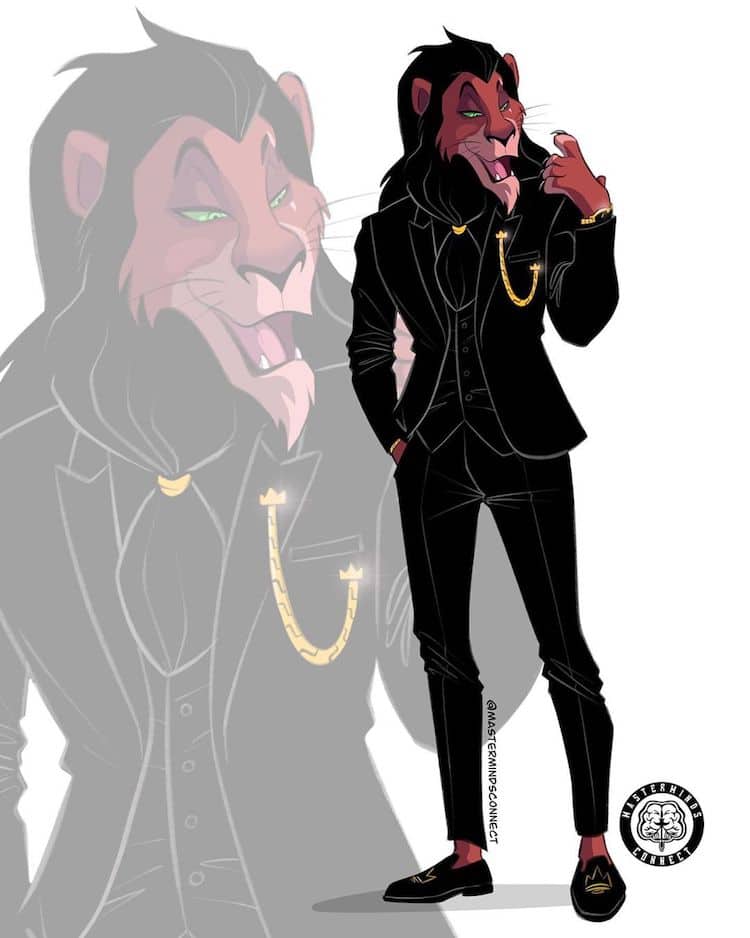 Disney princesses have received several makeovers in the past—debuting as fashionable millennials, glamorous femme fatales, and empowered career women—and now, the characters from The Lion King (1994) have gotten their own magical transformation. Designer and illustrator Marco (known as Marco the Artist on Instagram) has spent his extra quarantine time reimagining Simba, Mufasa, and their companions as humanlike characters.

It sounds like a farfetched concept, but Marco manages to capture the signature Disney style with impeccable precision. While the characters maintain their animal heads and upper bodies, they wear modern clothing and walk on two human-esque legs. Marco draws each character on his iPad using the Procreate app and spends considerable time curating the perfect contemporary outfit to accentuate their personality. Scar wears a monochrome black suit that matches his mane, Mufasa sports a fitted white t-shirt and silver jewelry, and Simba poses in teal trousers and white oxfords.

The California-based artist was inspired to create this series after watching Netflix's anime Beastars, which features a large cast of anthropomorphic animals. “In the show, there's a group of vicious lions, and I wondered what it would be like for Scar to be the leader of those lions,” he told Buzzfeed. His suave depiction of The Lion King villain quickly went viral, so Marco decided to draw the other main characters. Soon enough, he had built an entire alternate universe and called it the Pridelands.

Scroll down to see how Marco redrew the rest of The Lion King cast, and follow him on Instagram to see anthropomorphic interpretations of other animated Disney films.

Marco—AKA Marco the Artist on Instagram—dedicated his extra quarantine time to reimagining the animated cast of Disney's The Lion King as humanlike characters. 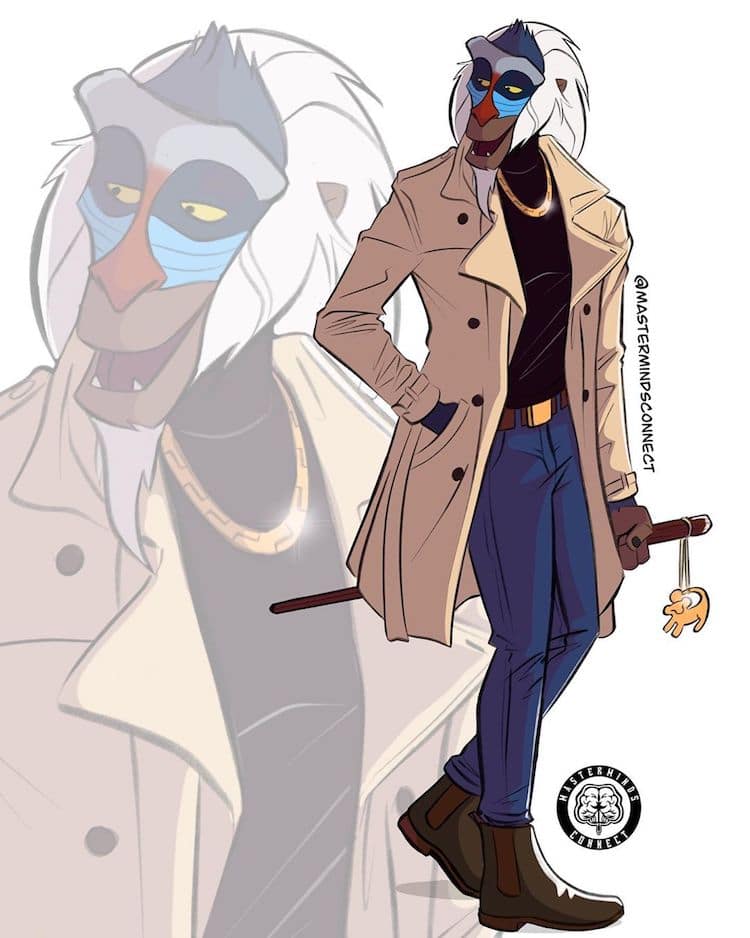 He draws each animated character with the head and body of an animal and seamlessly pairs it with humanlike legs. 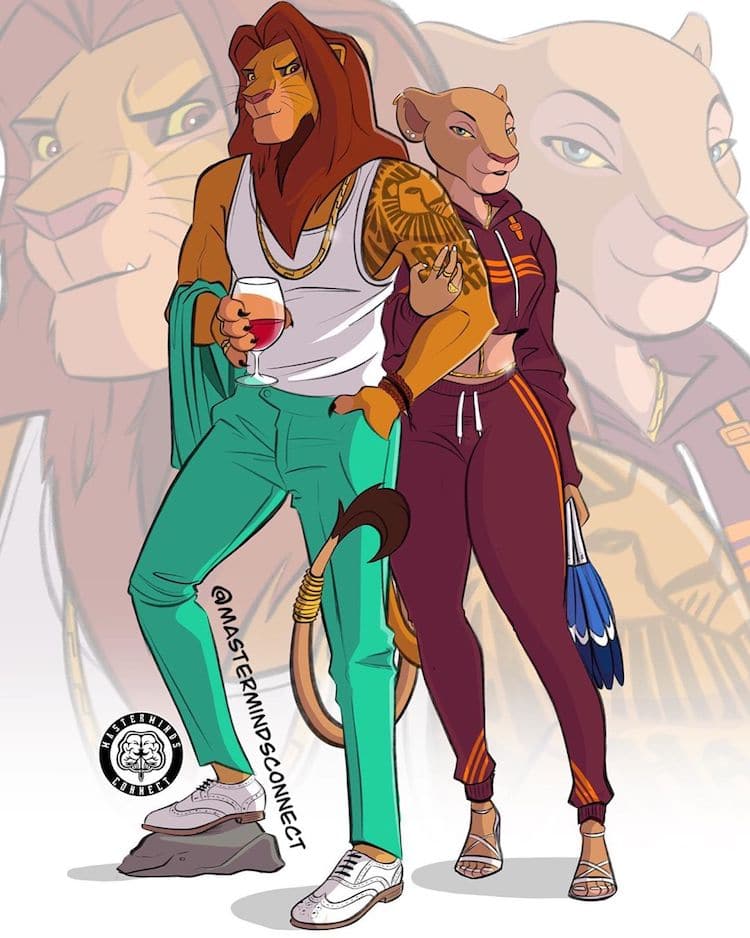 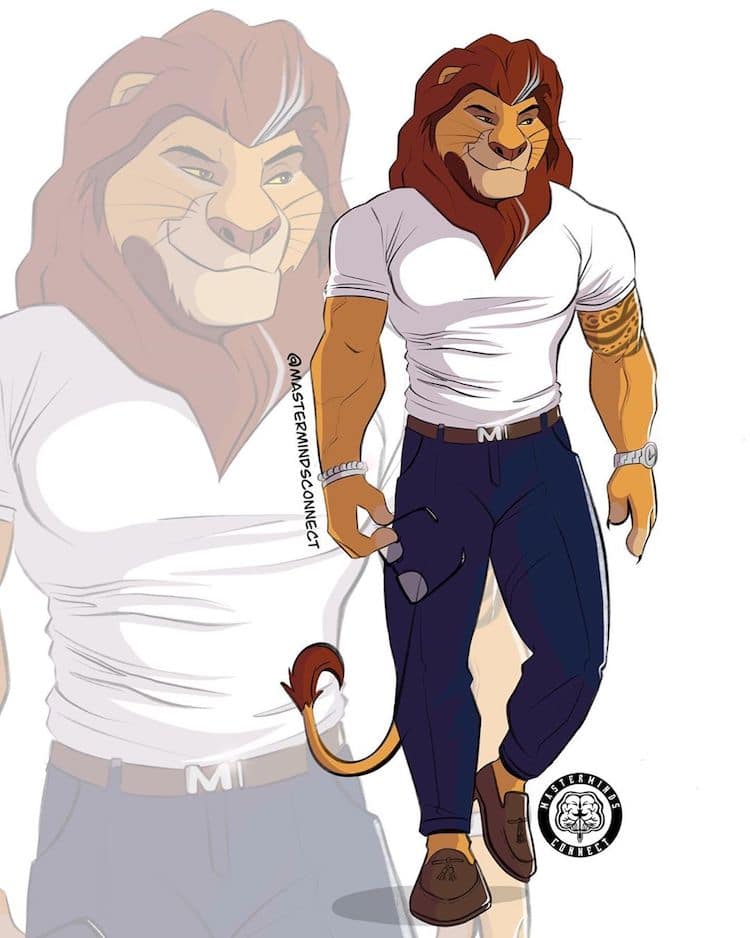 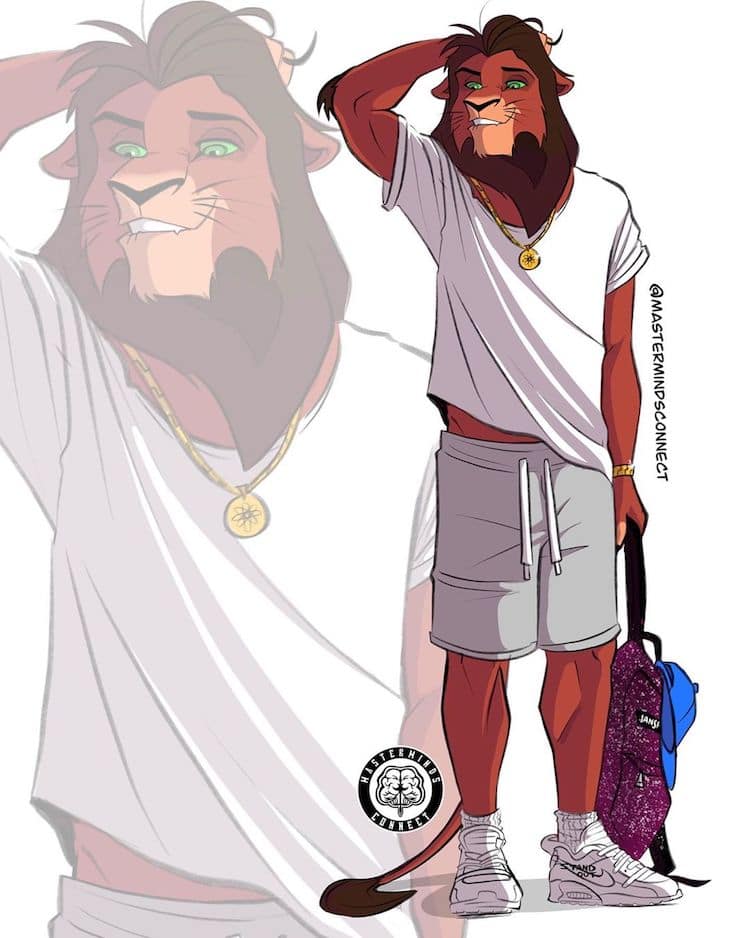 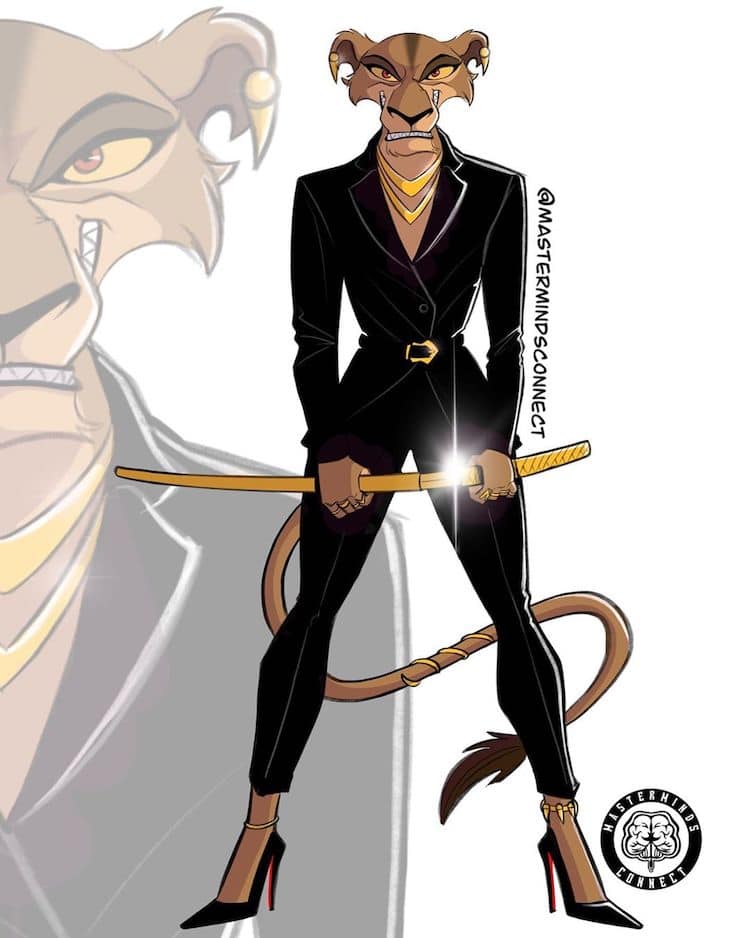 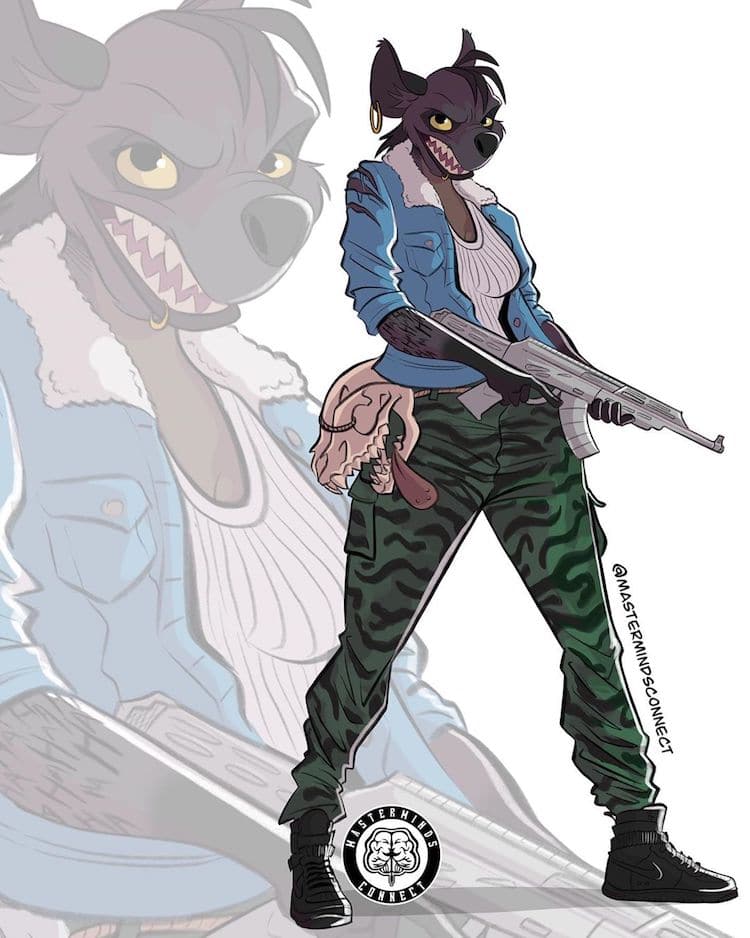 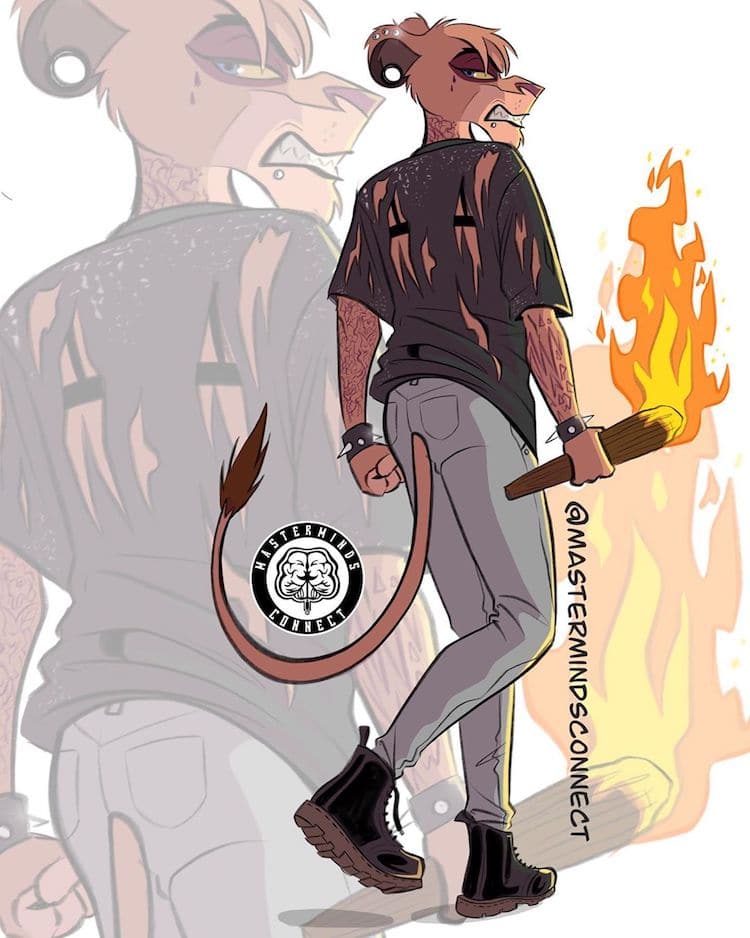 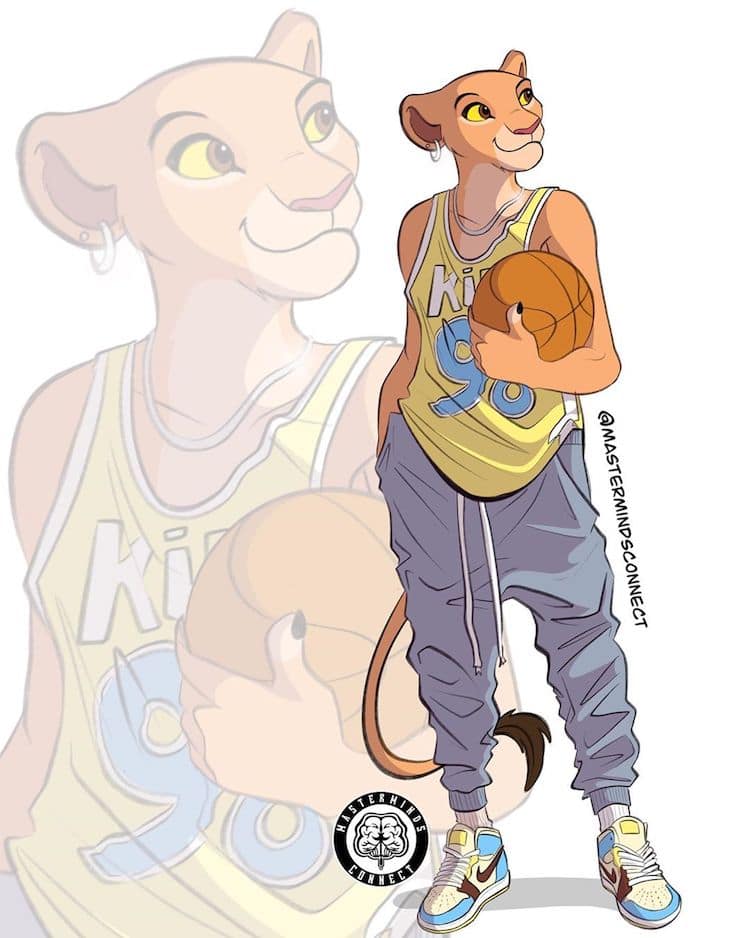 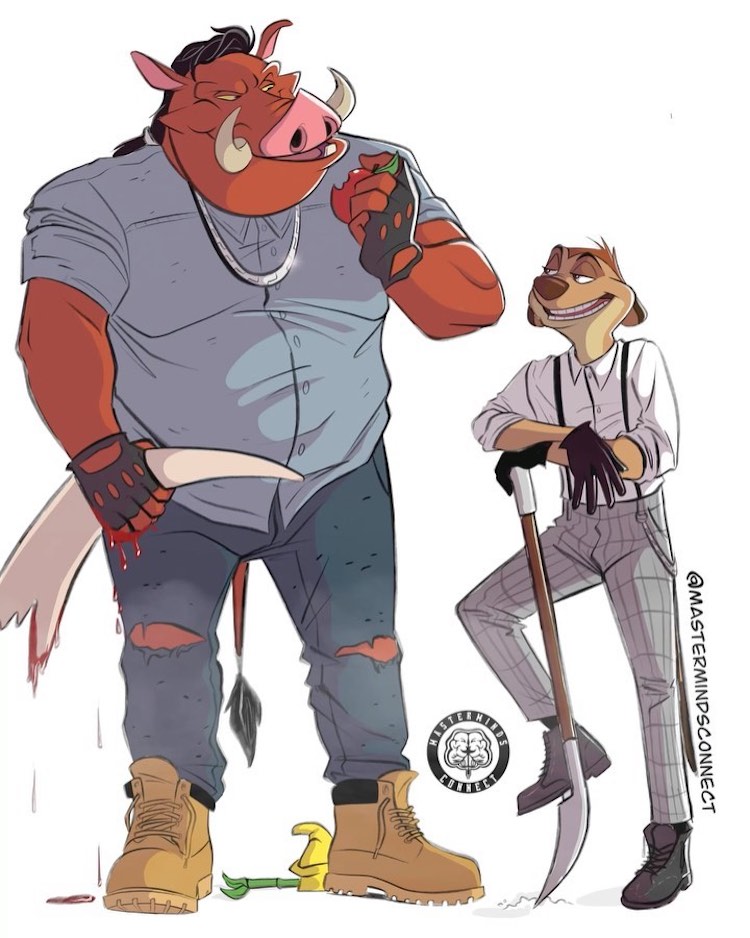 Learn more about Marco's drawing process in this video.

My Modern Met granted permission to feature photos by Marco the Artist.