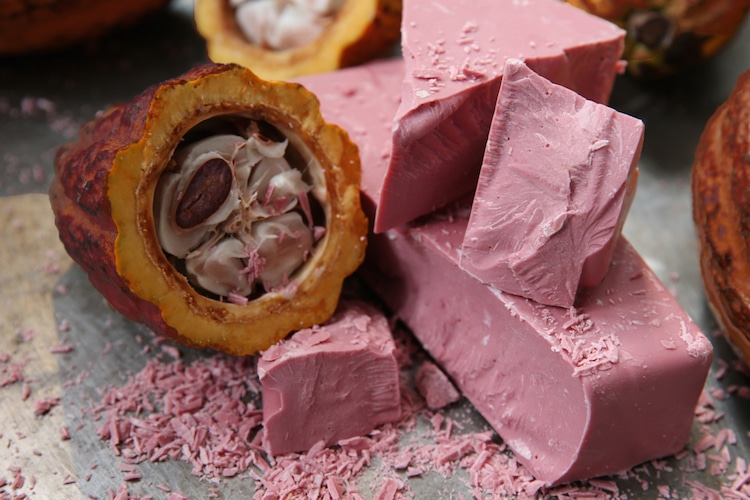 As any confectionary connoisseur knows, chocolate comes in three main varieties: dark, milk, and white. While this tasty trio has been left untouched since white chocolate made its delicious debut 80 years ago, Swiss cocoa company Barry Callebaut has recently released a fourth flavor: ruby, a naturally pink chocolate.

The rosy colored creation is made from the Ruby cocoa bean, a seed found in Ecuador, Brazil, and the Ivory Coast. Because this unique bean already has an inherently “intense taste and characteristic reddish color,” no flavors or dyes are added to the chocolate. Instead, researchers at Barry Callebaut and Jacobs University in Germany have spent years perfecting a new method of processing to create the chocolate. As a result, the Ruby variety is reported to feature unique undertones of “berry-fruitiness and luscious smoothness” rather than the “bitter, milky, or sweet” flavors found in other chocolates.

In addition to its new and exciting taste, the Barry Callebaut brand hopes that the chocolate's fun color will attract experimental eaters—namely, millenials interested in “hedonistic indulgence.” We think they're on to something—can you imagine a more Instagram-able chocolate? 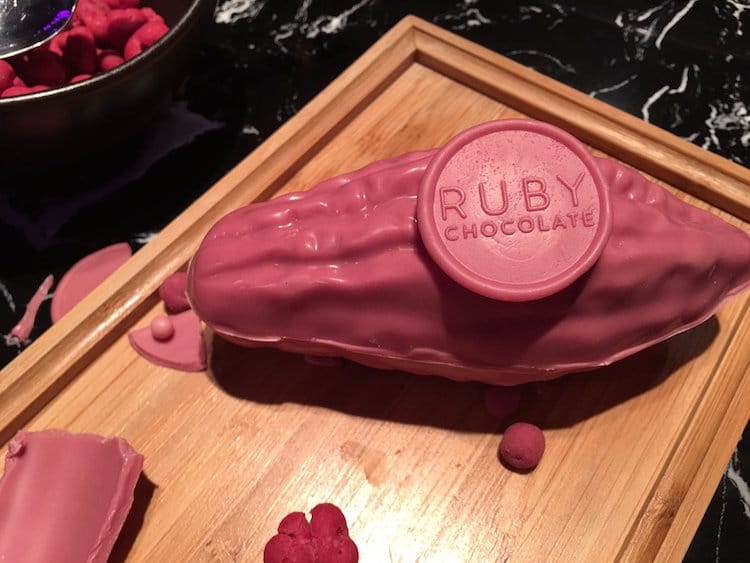 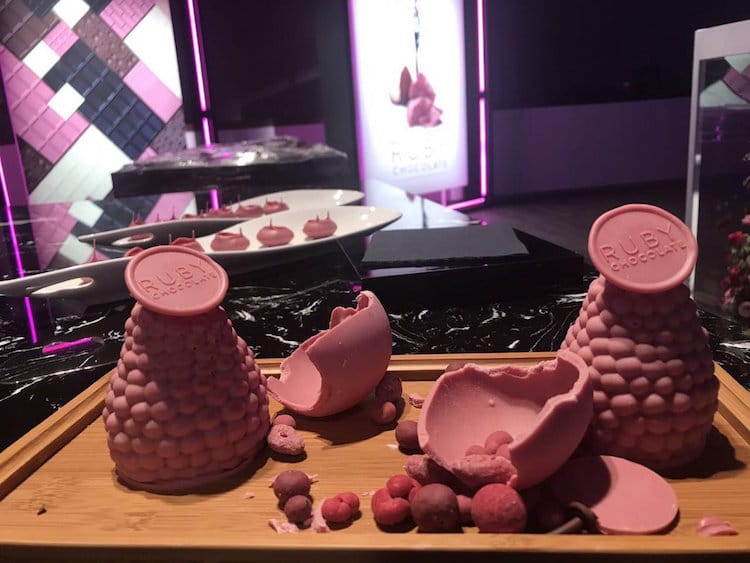 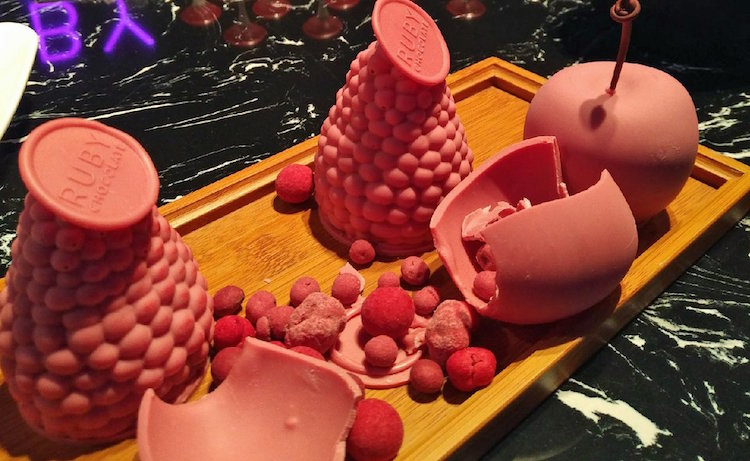 The colorful creation is made from the Ruby cocoa bean, which is known for its reddish tint and berry-like taste. 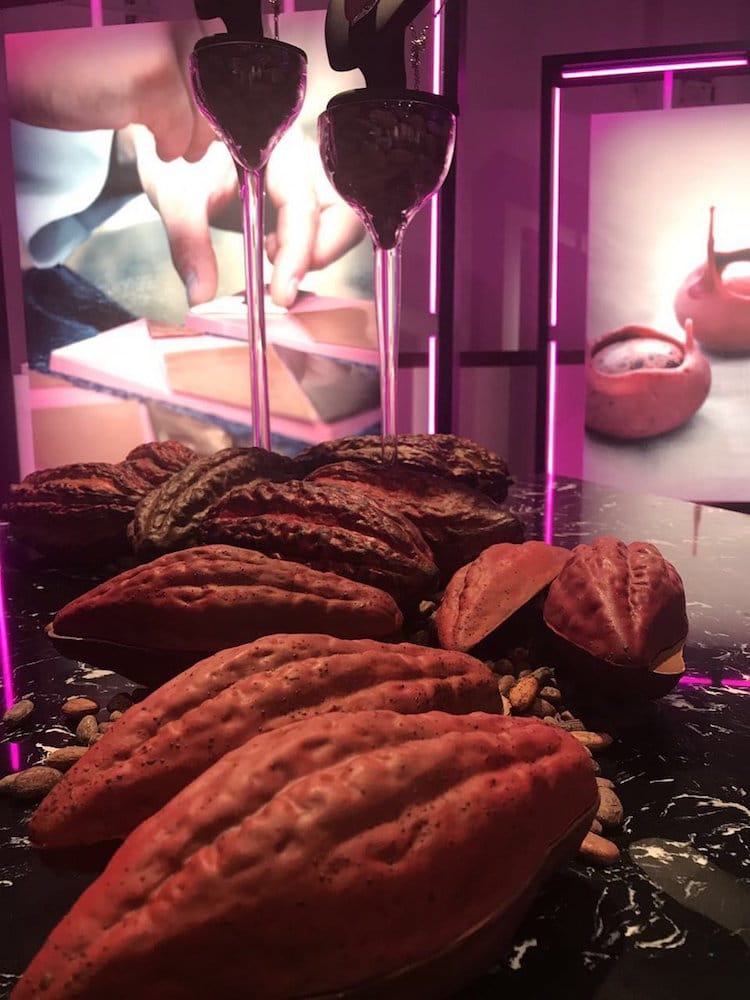 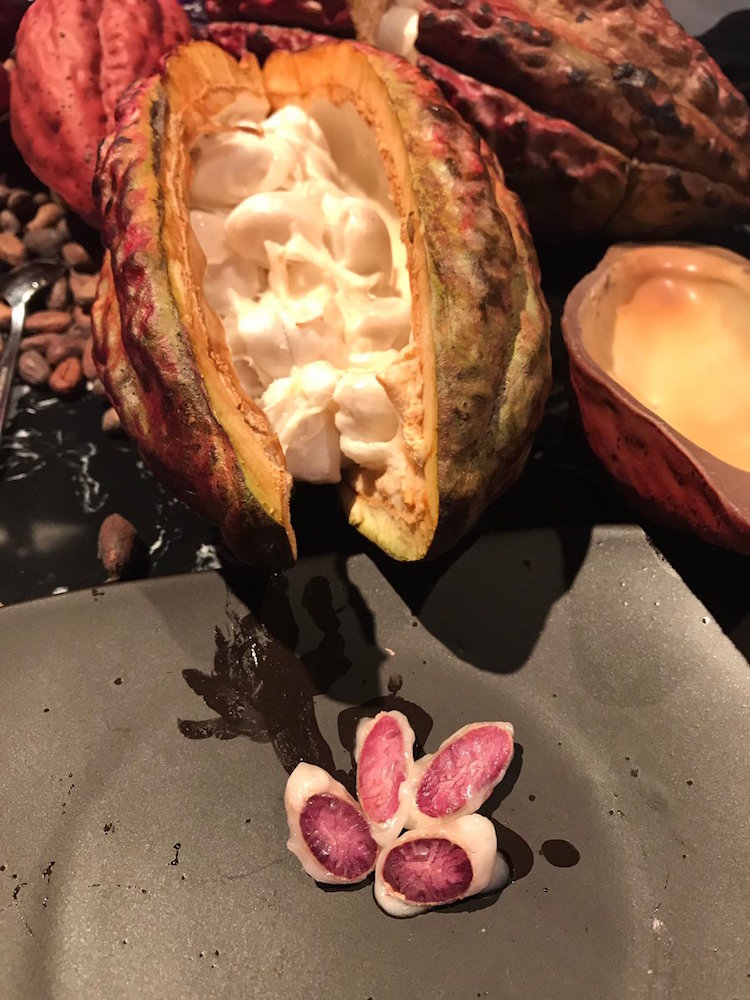 Ruby is the latest variety to join the chocolate flavors we know and love: dark, milk, and white. 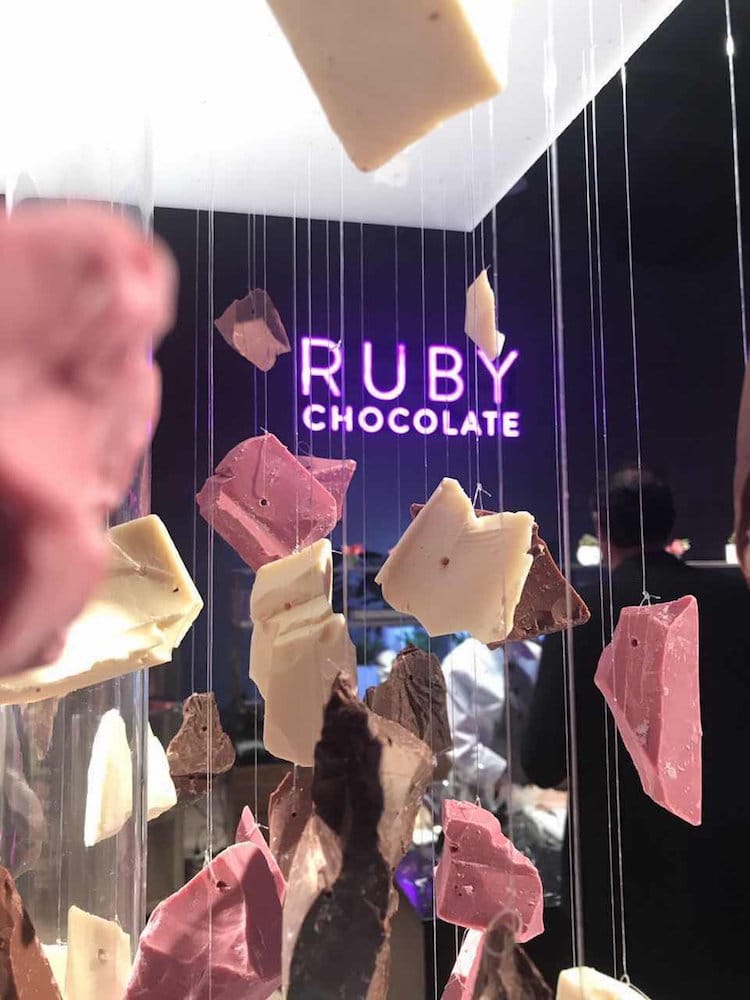 All images via Barry Callebaut.