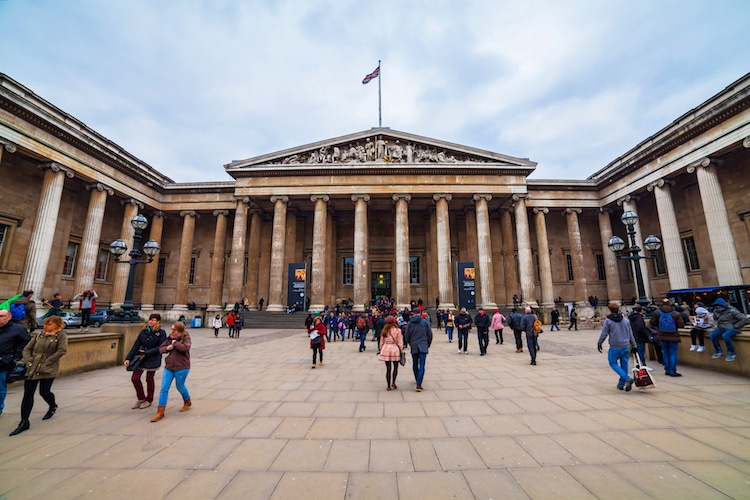 For centuries, enthusiasts of art, archaeology, and everything in between have flocked to the British Museum. As the world's oldest's public national museum, the London-based institution has played a pivotal part in making human history accessible—a role it continues to fulfill with its impressive collection of over 8 million artifacts.

Spanning a two-million-year chronology and covering a wide range of cultures found across the globe, the museum's holdings comprise some of art history's most well-known artifacts. Before exploring how these highlights tell humanity's story, however, it's helpful to understand another important narrative related to the British Museum: the history of the institution itself. 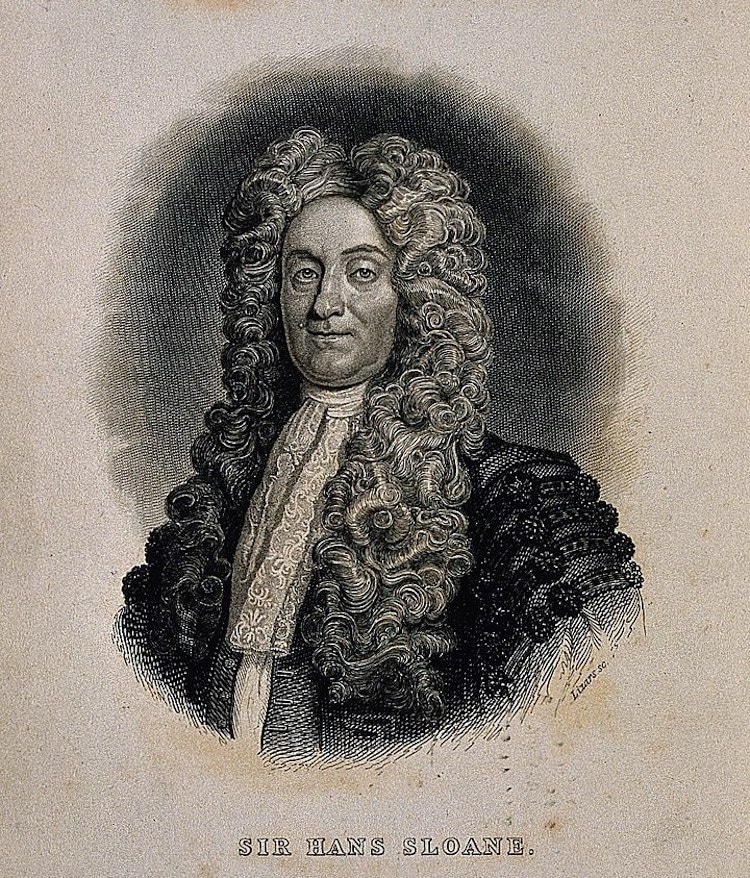 The British Museum was founded in 1753, when Sir Hans Sloane—an Irish doctor, naturalist, and collector—died at 92 years old. Throughout his lifetime, Sloane had acquired 71,000 objects, including books, manuscripts, natural specimens of flora and fauna, and antiquities from around the world. Insisting that his collection of curiosities should remain intact after his death, Sloane dictated in his will that the entirety of his holdings should be given to King George II, the ruler of Great Britain and Ireland at the time.

As stipulated by Sloane's will, the king paid the collector's heirs £20,000 for the now-priceless pieces. That same year, prompted by an Act of Parliament, he established the British Museum. While Sloane's collection formed its foundation, the museum soon acquired holdings from three other sources: the Cottonian Library, an Elizabethan collection built by Sir Robert Cotton; the Earls of Oxford-established Harleian Library; and the “Old Royal Library.” 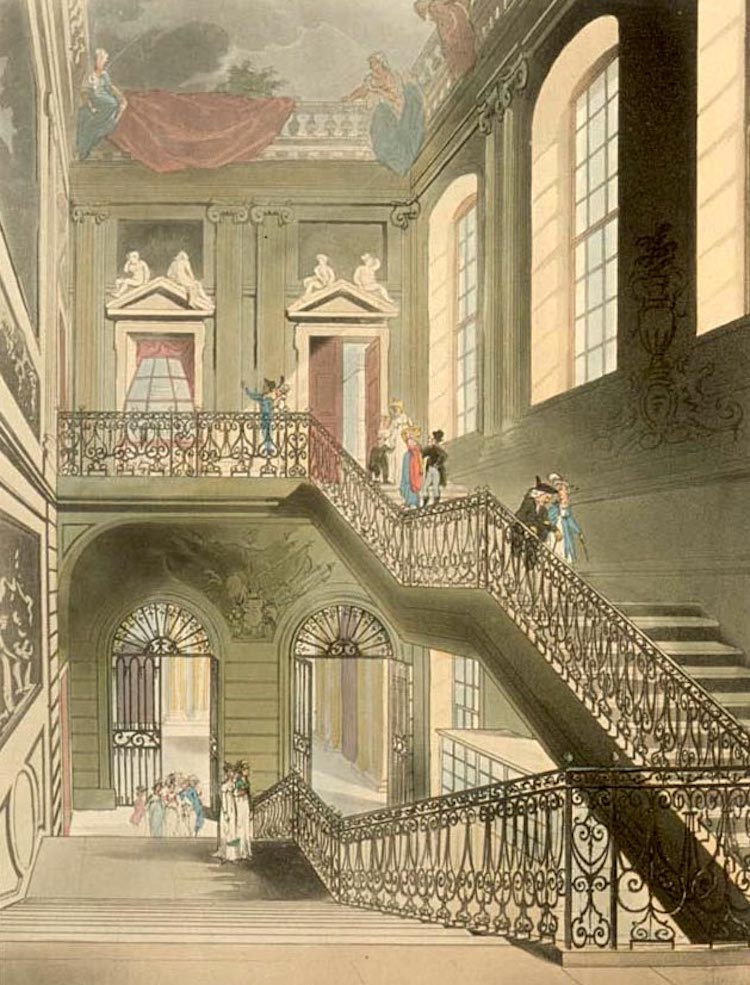 Set in the Montagu House, a 17th-century mansion in London's Bloomsbury district, the British Museum officially opened to the public on January 15, 1759. Free to all “studious and curious persons,” it introduced the public to the national museum—an institution that is not operated by the church or king and is open to people from all walks of life.

While this mission remains at the heart of the museum today, the institution has undergone significant changes in its 266-year history. In 1840, for example, the Montagu House was demolished, and, in its place, the museum's larger, present-day building was erected. In addition to the site itself, the British Museum has expanded its collecting interests and, consequently, significantly grown.

“The original collection of the British Museum included antiquities, coins and medals, natural history specimens and a large library collection,” the museum explains. “It now comprises over 8 million objects spanning the history of the world’s cultures,” including a selection of must-see artifacts. 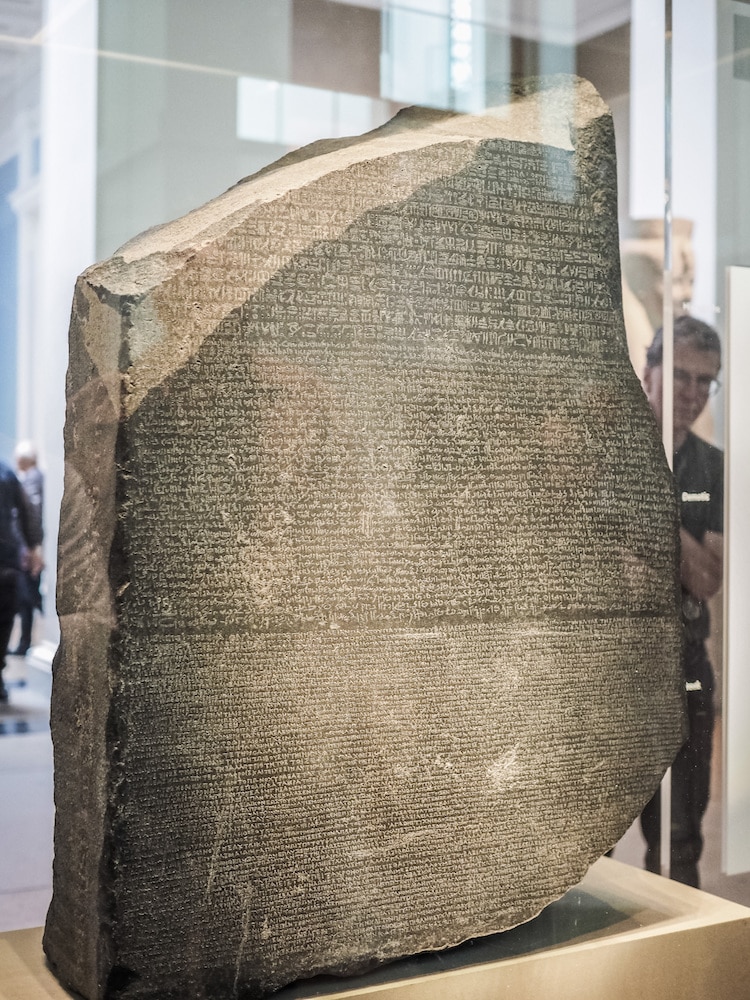 What is it: The crown jewel of the collection, the Rosetta Stone has been the most visited object in the British Museum since it was acquired in 1802. Dating back to the Hellenistic Period, this granodiorite stele was uncovered in 1799. It features texts written in both Ancient Egyptian as well as Ancient Greek, which allowed modern minds to finally decipher the mysterious hieroglyphics of Egypt.

Where to find it: Room 4, Egyptian Sculpture 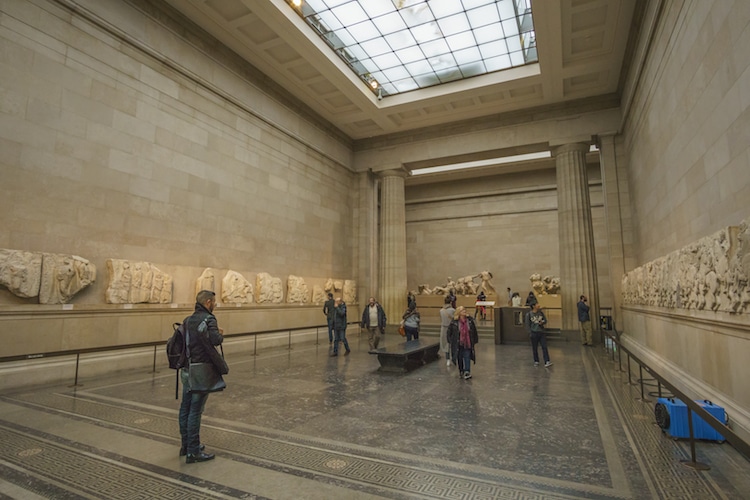 What is it:  The Elgin Marbles (also known as the Parthenon Marbles) are a collection of Classical Greek marble sculptures. They originally adorned buildings atop the Acropolis of Athens, including the temple of the Parthenon. With their naturalistic yet idealized forms and astounding attention to detail, these freestanding figures have captivated viewers for centuries.

While they are a highlight of the British Museum, their London existence is not without controversy. Taken from the Parthenon by a Scottish nobleman in the early 19th century, many people passionately believe that the world-famous series of sculptures should be returned to Greece.

Where to find it: Room 18, Greece: Parthenon 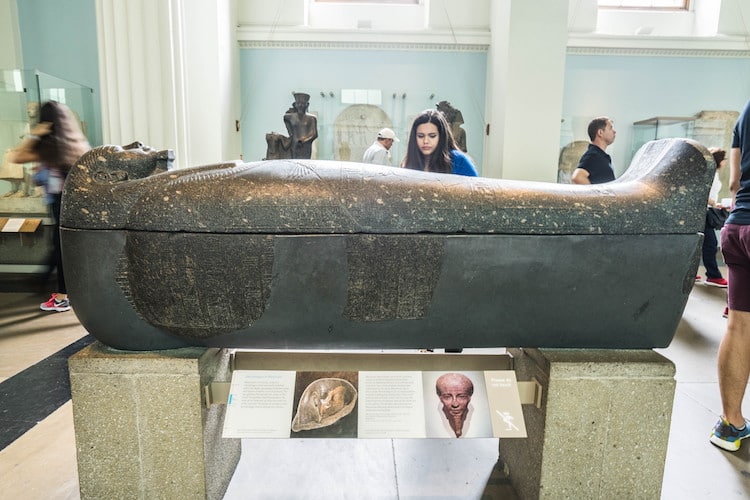 What is it:  The museum's collection of 140 ancient Egyptian mummies and coffins is the largest outside of Cairo. In addition to authentic, preserved bodies and the sarcophagi that housed them, these ritualistic holdings include decorated funerary masks, revealing portraits, and other eye-opening objects intended to be buried with the dead.

Where to find it: Rooms 62 and 63, Egyptian Death and Afterlife: Mummies 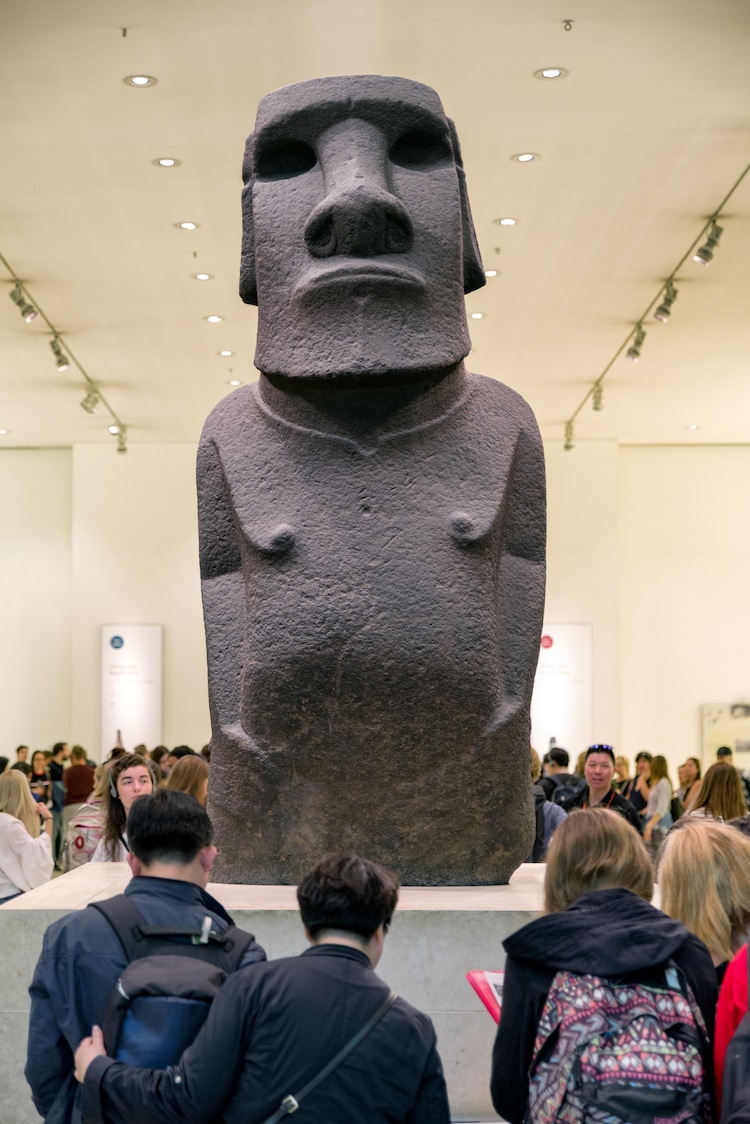 What is it: You may think that you need to travel to the remote isle of Rapa Nui—or Easter Island—to catch a glimpse of the site's famous monolithic figures. However, you can actually get up close and personal with a moai in the heart of bustling London.

Created between 1000 and 1600 CE and carved from basalt, Hoa Hakananai'a has been housed at the British Museum since it was dug up and removed from Easter Island in 1869. Though a staple of the museum's collection, there are several camps who believe that the piece should be returned to the island, where the sculptures are believed to be sacred.

Where to find it: Room 24, Living + Dying (The Wellcome Gallery) 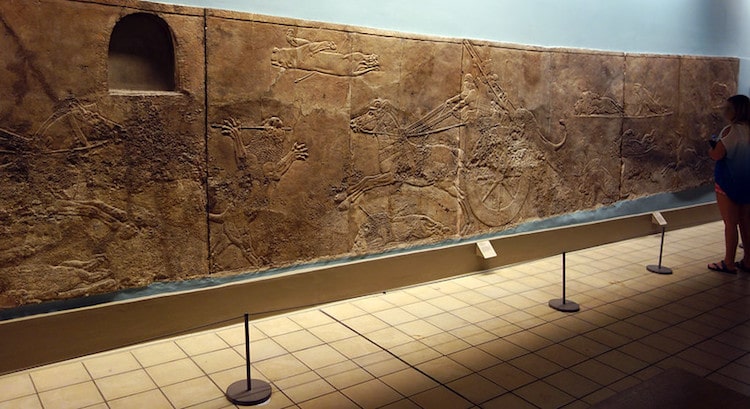 What is it: The Lion Hunt Reliefs are a series of sculpted reliefs that stylistically depict the “sporting exploits” of Ashurbanipal, the last great Assyrian king, who reigned in the seventh century BCE. Intended to adorn the king's palace in Nineveh, these pieces capture the energy and drama of the king's lion hunts, which were seen by the ancient Assyrians as “symbolic of the ruling monarch’s duty to protect and fight for his people.”

Where to find it: Room 10a, Assyria: Lion Hunts

Today, the British Museum annually welcomes 6 million guests. In addition to its unmissable highlights, these visitors are attracted to the institution's ever-expanding space and continuously growing collection. As recent as 2009, the museum introduced four new permanent galleries and, today, it continues to support research projects, offer educational services, and execute world-class special exhibitions.

Together, these modern-day achievements advance the museum's longterm mission “to reach a broader worldwide audience by extending engagement with this audience . . . not only with the collections that the Museum has, but the cultures and territories that they represent, the stories that can be told through them, the diversity of truths that they can unlock and their meaning in the world today.”

8 of the Best Museum Gift Shops You Can Browse Online