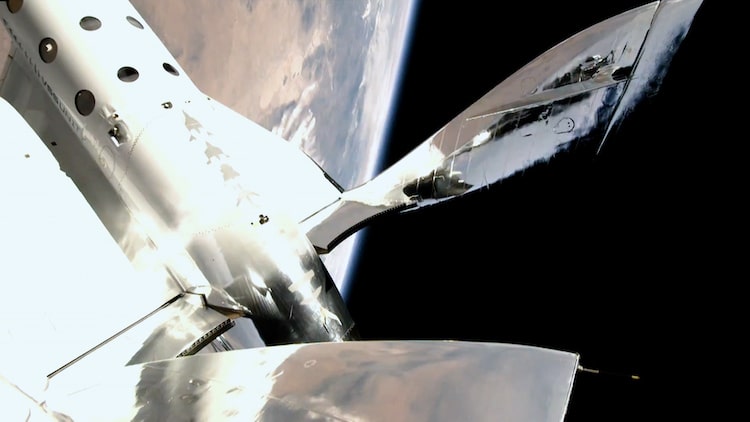 In the early 2000s, space tourism was the buzzword on everyone's minds. Billionaires Jeff Bezos and Sir Richard Branson both started companies aimed at getting ordinary people into outer space. And now, after 17 years, Branson's Virgin Galactic finally sent a crew, which included Branson, into outer space. The hour and a half journey took them to the edge of outer space and fulfilled a lifelong dream for the British business mogul.

The morning of July 11, the SpaceShipTwo Unity took off from New Mexico carrying pilots Dave Mackay and Michael Masucci, Branson, and three Virgin Galactic employees—Beth Moses, Colin Bennett, and Sirisha Bandla. The winged plane has a single rocket motor that kicked in after it was carried to an elevation of 50,000 feet. Then, the rocket motor burned for about 60 seconds and reached an altitude of 53.5 miles before gliding back down to Earth. From their seats, the crew were able to see incredible panoramic views of our planet.

It was a thrilling moment for the entire crew, who have dedicated nearly two decades to this moment. As a reward, they even got to experience a few moments of weightlessness before dropping back into Earth's atmosphere. The journey to this spaceflight has been arduous. When Branson founded Virgin Galactic in 2004, he estimated that the commercial spaceflights would be available in 2007. However, there were many hurdles to climb before they got the technology correct.

“To all you kids down there…” – @RichardBranson‘s message from zero gravity. #Unity22

Still, Sunday's event makes commercial spaceflight a tangible reality. And Branson wants everyone to know that he's planning to make it a reality for anyone who would like to experience spaceflight. In fact, while floating in microgravity, he taped the following message of hope: “To all you kids out there—I was once a child with a dream, looking up to the stars. Now I'm an adult in a spaceship…If we can do this, just imagine what you can do.”

For Branson, this was the fruition of his life's work. After the flight, he shared, “I have dreamt about this moment since I was a child, but nothing could have prepared me for the view of Earth from space. We are at the vanguard of a new space age. As Virgin’s founder, I was honored to test the incredible customer experience as part of this remarkable crew of mission specialists and now astronauts. I can’t wait to share this experience with aspiring astronauts around the world.”

Interestingly, Virgin Galactic's success comes just nine days before Jeff Bezos' Blue Origin is set to rocket into space on July 20. Bezos will be aboard that flight as well, making him the second billionaire mogul to travel to space.

Both billionaires’ race to space has been met with its fair share of criticism, as well. Given their wealth and the good they could do with it here on Earth, this venture has felt frivolous to many people. Some have questioned the necessity of commercial space travel, while others have lauded the advancements. It is yet to be seen how this all affects the future of public travel, but one thing is certain: this is a historic moment. 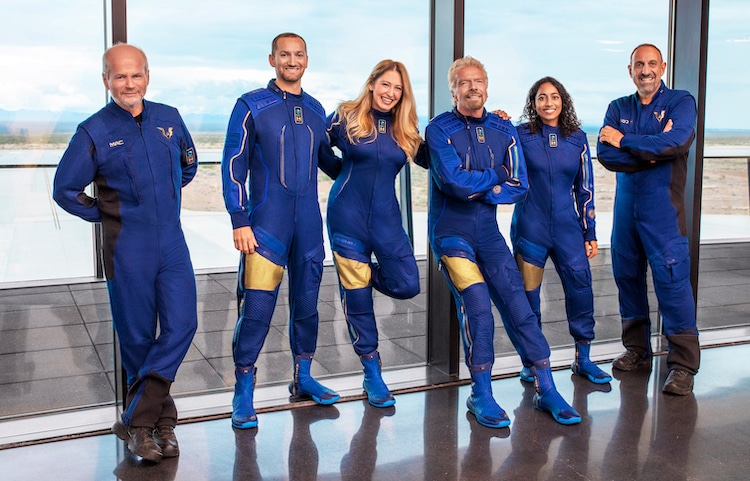 The carefully planned flight took off from New Mexico and the entire journey took about 1.5 hours. 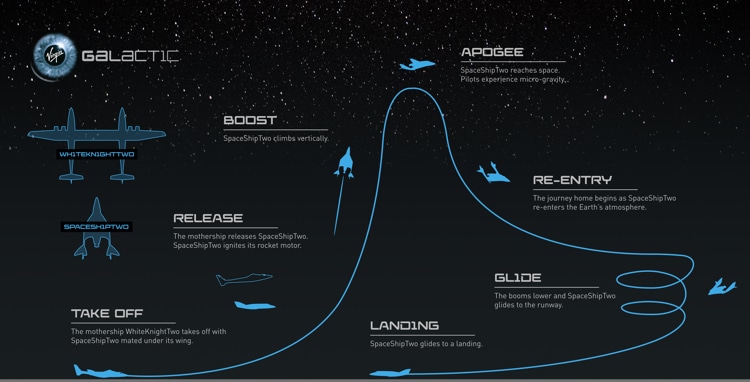 After being brought to a high altitude, Unity's rocket engine fueled them to an altitude of 53.5 miles. 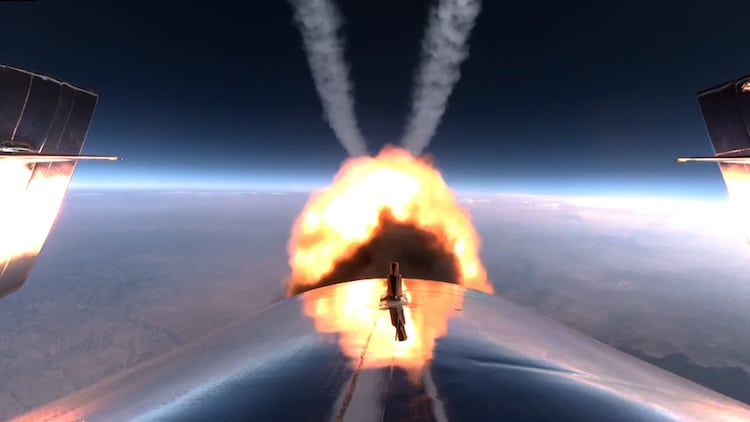 From the windows, the crew could see spectacular panoramas of Earth. 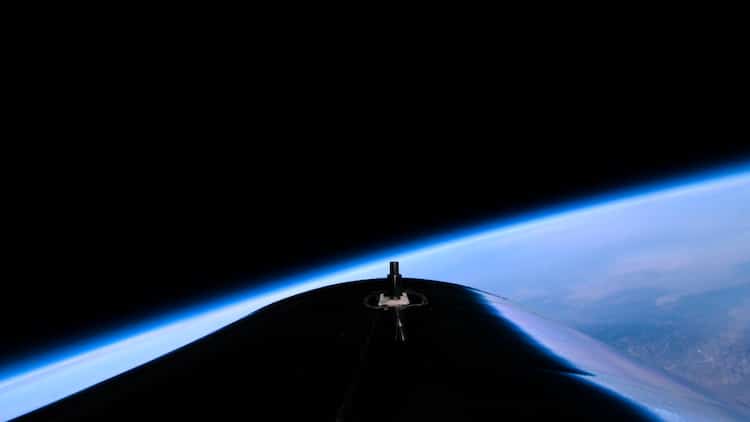 They even got to experience a few minutes of weightlessness. 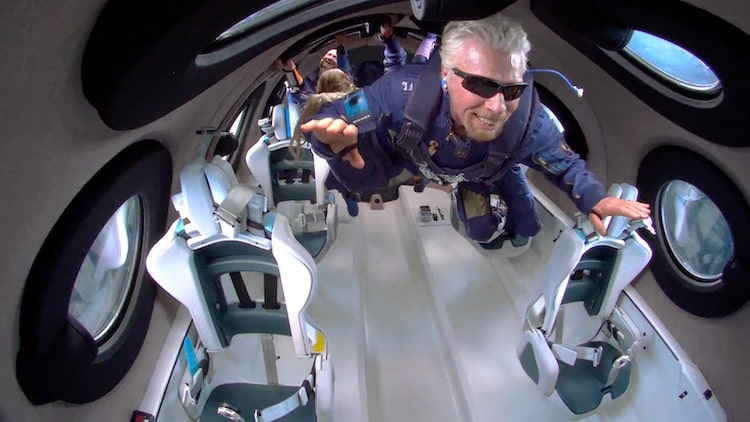 It was a major triumph over 15 years in the making. 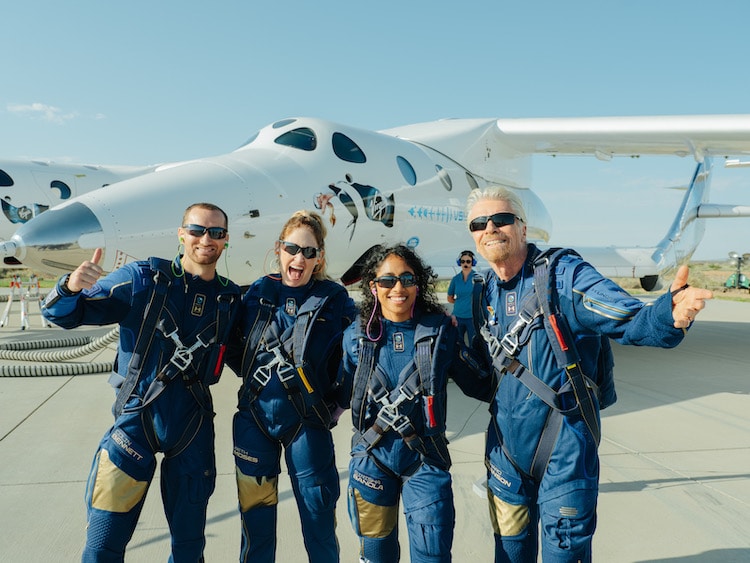 Billionaire Richard Branson is now aiming to bring the experience to the masses. 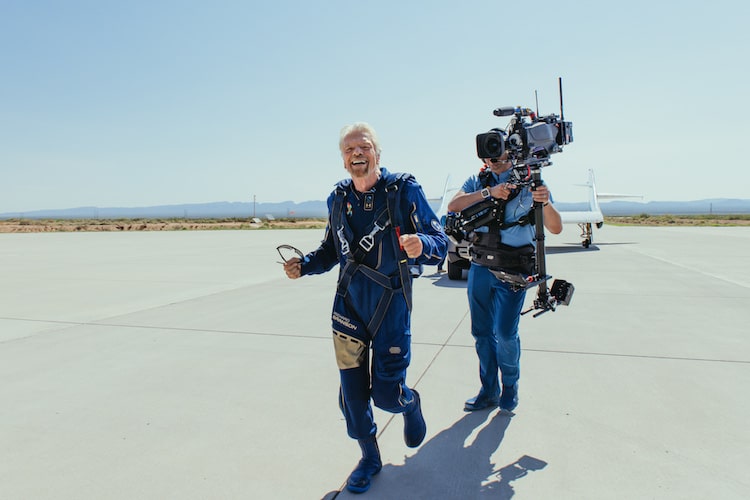 All images via Virgin Galactic.