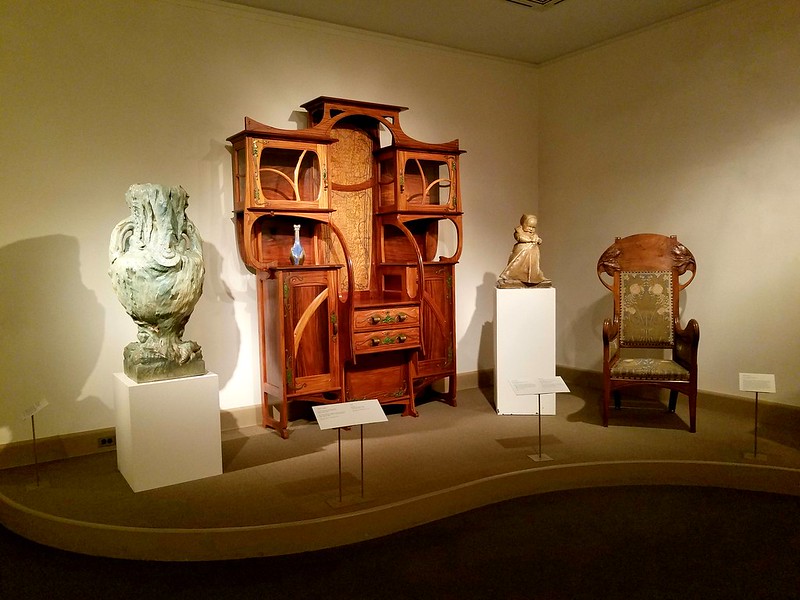 Today, the word “art” is often associated with genres like drawing, painting, and sculpture. However, in addition to these subgroups (collectively referred to as “fine art”), there exists another important art form: decorative art. Comprising crafts that pair form with function, decorative art has played a pivotal role in the history of art, whether materializing as ancient wares, medieval textiles, or modern furniture.

Here, we take a look at the origins and evolution of this underrated genre. Before exploring its long-lasting history, however, it's important to first answer the art form's most fundamental question: what is the difference between decorative art and fine art? 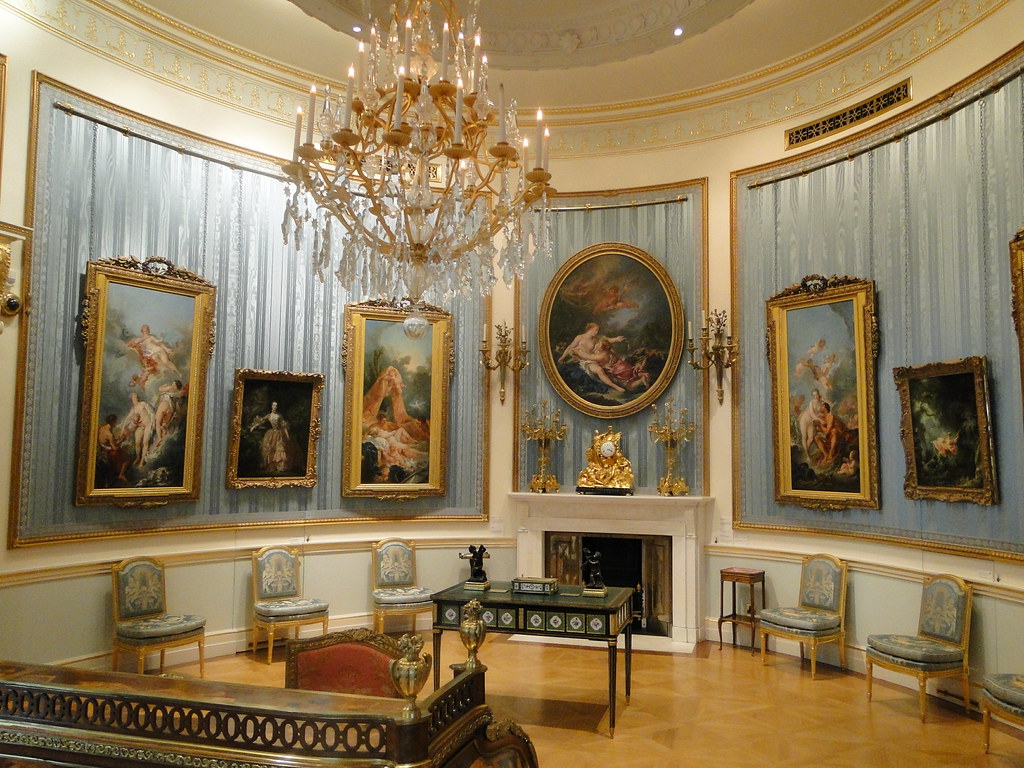 “The main function of decorative art is to embellish something other than itself: an object, a room, a building facade, etc.,” the National Gallery of Art in London explains. With such a broad definition, it's no surprise that there are myriad types of decorative art. However, some particularly prevalent branches include ceramic wares, jewelry, weaponry, textiles, glasswork, and furniture.

This idea of pairing form with function has been intrinsic to the genre throughout its history, which can be traced back thousands of years. 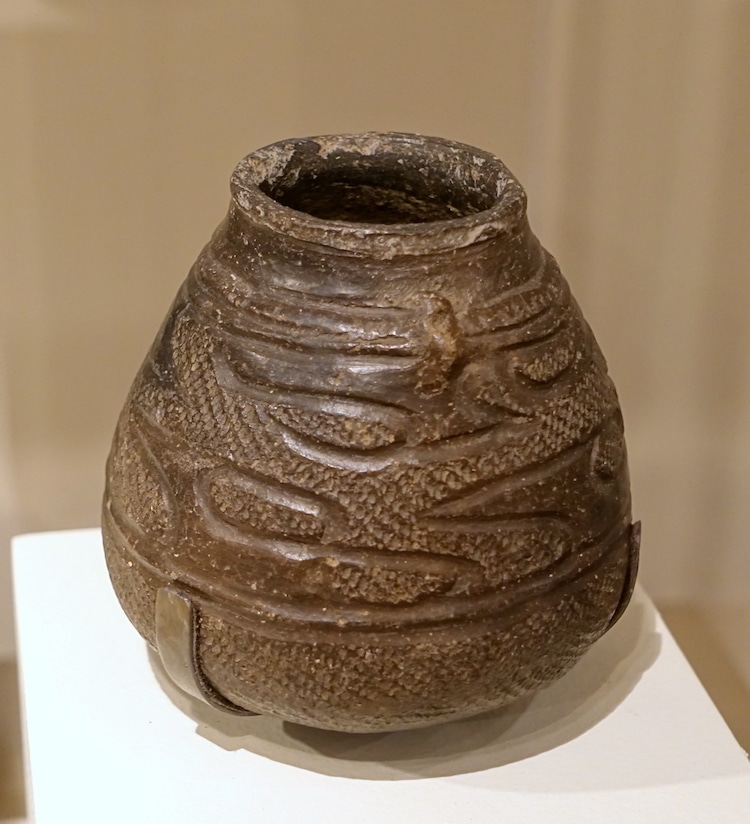 Decorative art dates back to ancient cultures. In Japan, prehistoric artisans began crafting pottery in 14000 BCE, the onset of the Jōmon period. The era's “rope-patterned” earthenware is known for its small size and rounded bottom, which indicate that the vessels were likely used to cook food over a fire. Today, these pieces are believed to be the oldest examples of pottery in the world. 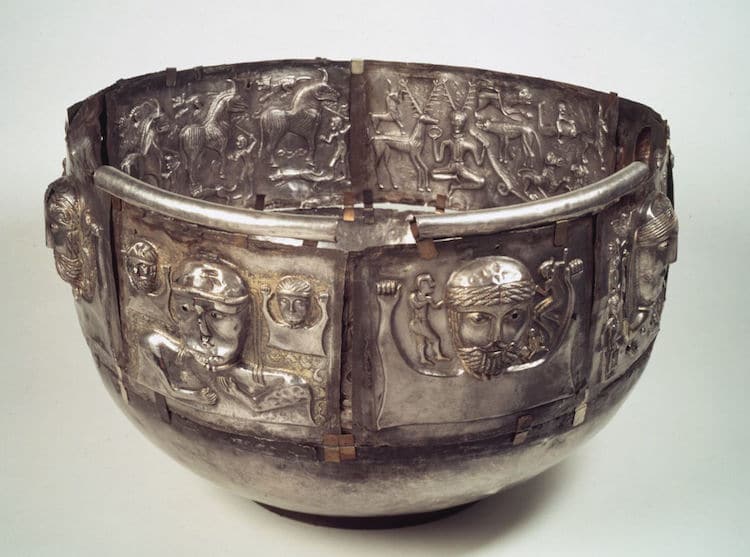 In Celtic culture, metals like gold and bronze were used to create jewelry and weapons. While this craft has its roots in the Irish Bronze Age (3500-1100 BCE), it reached its peak between 400 BCE and 100 CE. During this time, masterworks like the Broighter Collar, an opulent piece of gold jewelry, and the Gundestrup Cauldron, a silver Pagan vessel, were created. 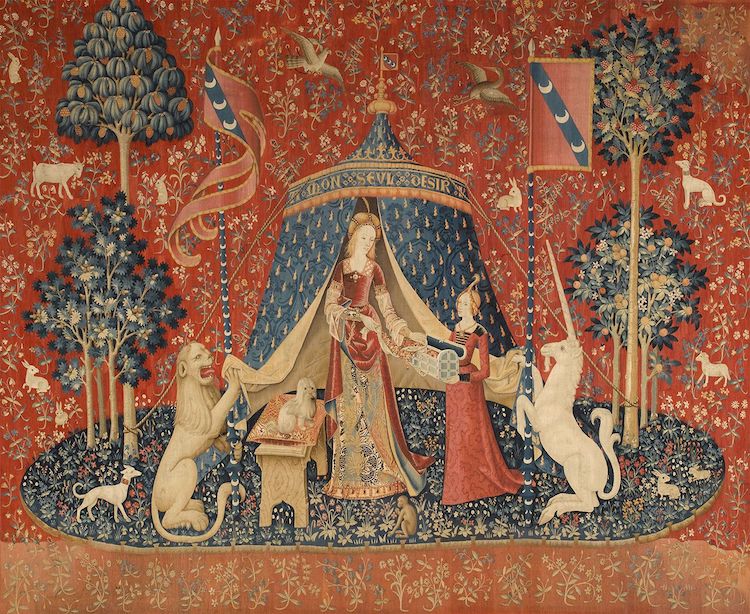 In Medieval Europe, textile art rose to prominence. Today, tapestries—including the French Lady and the Unicorn and Norman Bayeux Tapestry (a piece that is actually embroidered cloth and, therefore, not a true tapestry)—typify art of the Middle Ages. Other examples of medieval decorative art include illuminated manuscripts, stained glass, and mosaics. 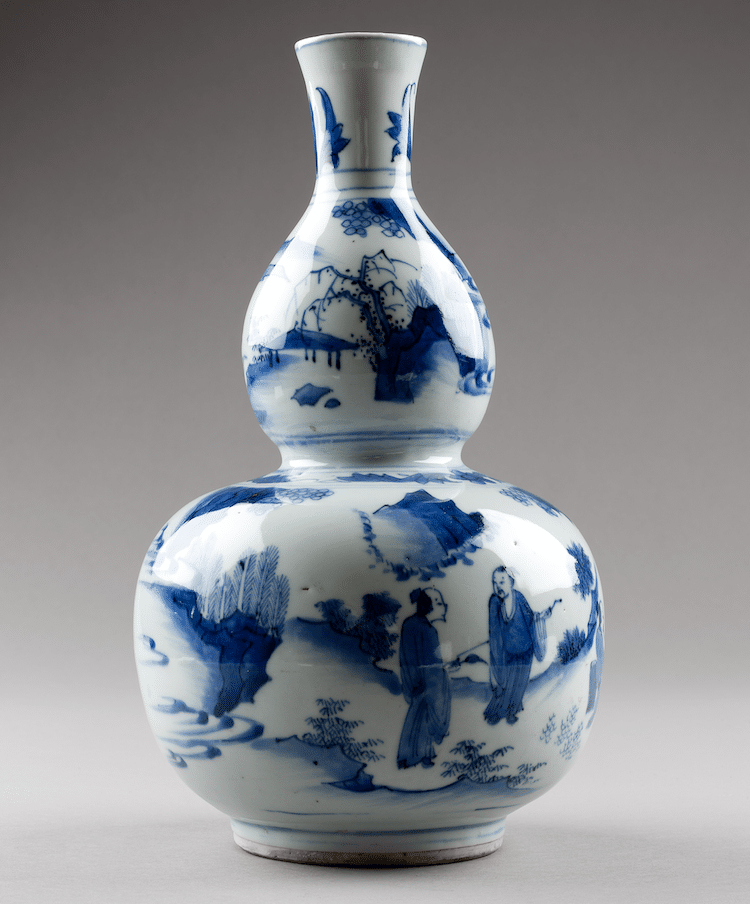 During the Ming Dynasty (1368–1644) in China, artisans redefined ceramics. New kiln techniques allowed for brighter colors, increasingly intricate painted designs, and more experimental forms. The most important innovation during this time, however, was a refined process of under-glazing using the brilliant cobalt blue pigment—the technique behind the dynasty's distinctive blue-and-white-patterned porcelain. 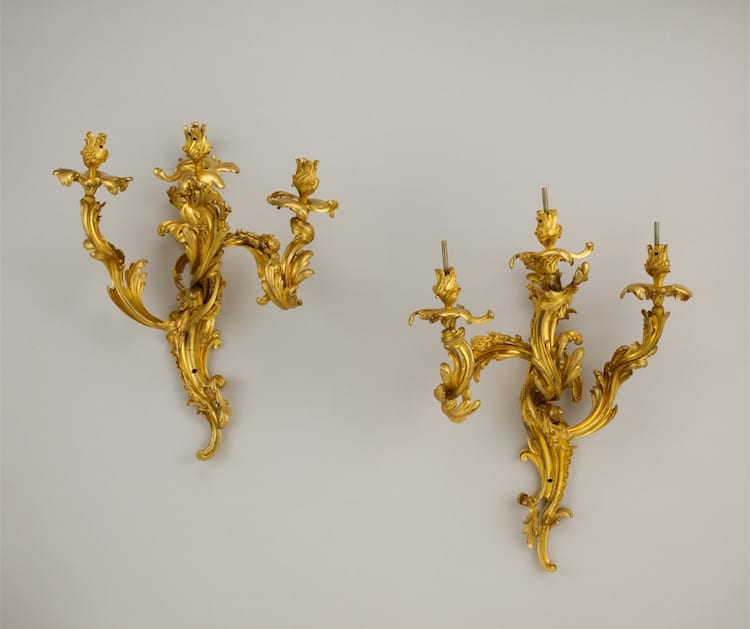 In 18th-century France, the ornamental Rococo style dominated decorative art. Period furniture, from lavish candelabras to expertly enameled cabinets, exhibit the Rococo interest in asymmetry and a theatrical interpretation of nature. The National Gallery of Art in Washington DC elaborates: “Termed bombé, literally meaning ‘blown out,' the forms seem to swell as though gentle gusts of wind have billowed the furniture like airborne sails. Even heavy chests of drawers seem to waft in a breeze.” 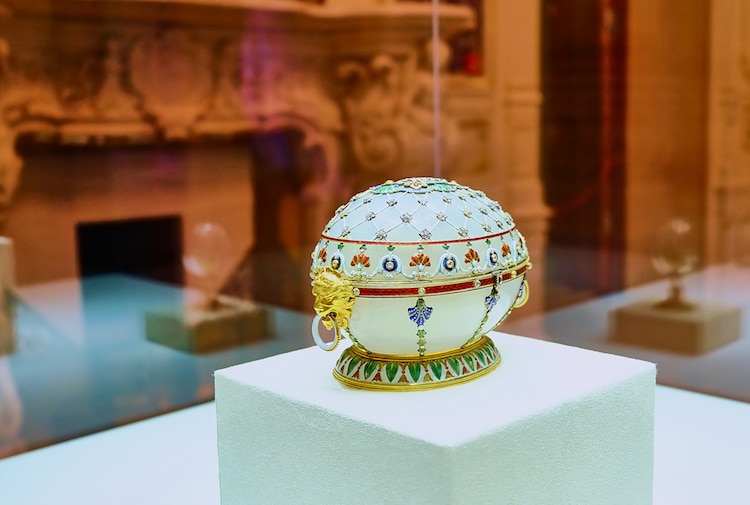 Equally opulent are Fabergé eggs—egg-inspired ornaments that emerged in turn-of-the-century Russia. Based on a model made in 1885, these over-the-top trinkets were created for the Imperial family, who were undoubtedly dazzled by the treasures hidden within their richly-decorated shells. 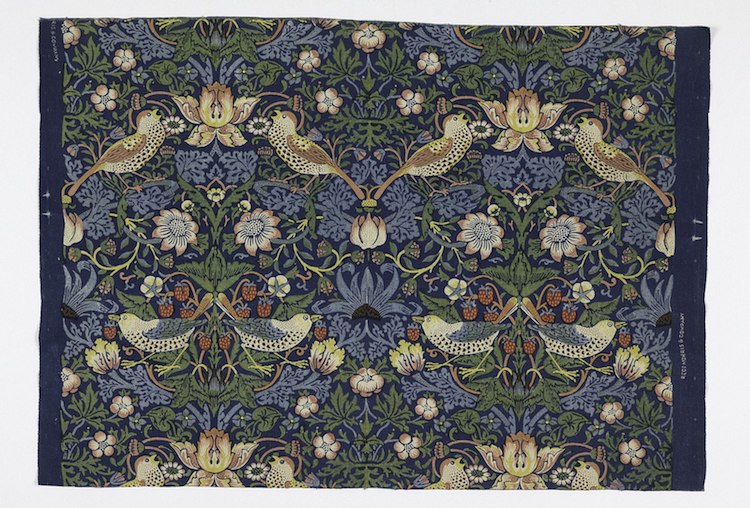 Following such opulence, artisans in Europe and the United States of America began looking back to the basics. An interest in simpler forms and a focus on the role of the artist culminated in several different movements, including Arts and Crafts, Art Nouveau, and Art Deco. Visually, these genres differ from one another: the Arts and Crafts movement is influenced by medieval models; Art Nouveau seeks to reimagine forms found in nature; and Art Deco focuses on streamlined, geometric forms. However, each one emphasizes the importance of craftsmanship—an approach that remains evident in decorative art today.

Today, much of the decorative art on the market is mass produced. However, many contemporary crafters still strive to add a human touch to the art form by retaining a handcrafted approach. This is particularly true of textile and fiber artists, who have recently revived handicrafts like quilting, macramé, and embroidery.

In order to reinterpret traditional crafts through a 21st-century lens, many of these artists find ways in which they relate to modern-day life. Ulla Stina-Wikander, for example, has managed to connect cross-stitching to contemporary issues, telling My Modern Met that she is “interested in the recycling aspect, as well as the feminist point of view, with focus on eveyday working objects that women would have used in the household.” In order to both advocate these causes and elevate the art form, Stina-Wikander dedicates her practice to reinventing cross-stitching and, ultimately, offer it “a second life in a new context.”