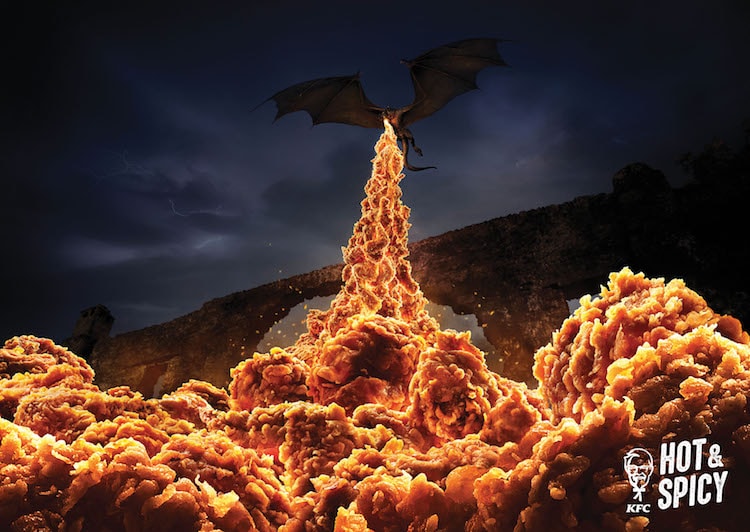 Many people are familiar with KFC’s “finger lickin’ good” food, but have you ever considered it as a creative medium? The fast food chain’s latest ad campaign doesn’t just whet your appetite—it also aims to spark the imagination. Expanding on the theme from its 2018 ad campaign, KFC reimagines its classic Hot & Spicy Chicken as fiery explosions.

The clever compositions are created by creative agency Ogilvy. This is the second year KFC has commissioned the team to create a series of images, and the latest renditions are even more dramatic than the last. Ogilvy tells My Modern Met, “This year we have come up with a follow up set of visuals that ties in with your favorite TV programs, encouraging people to grab a bucket of Hot & Spicy and enjoy the show!”

From hot lava to pyrotechnics, KFC’s Hot & Spicy Chicken is edited into all sorts of cinematic scenes, transforming it from food to flames. In one image, the popular snack appears as dragon’s fire in Game of Thrones, and in another, a Star Wars spaceship appears to explode with billowing clouds of…well, fried chicken.

The creative team at Ogilvy has reimagined KFC’s Hot & Spicy Chicken as fiery explosions and raging flames for a new ad campaign. 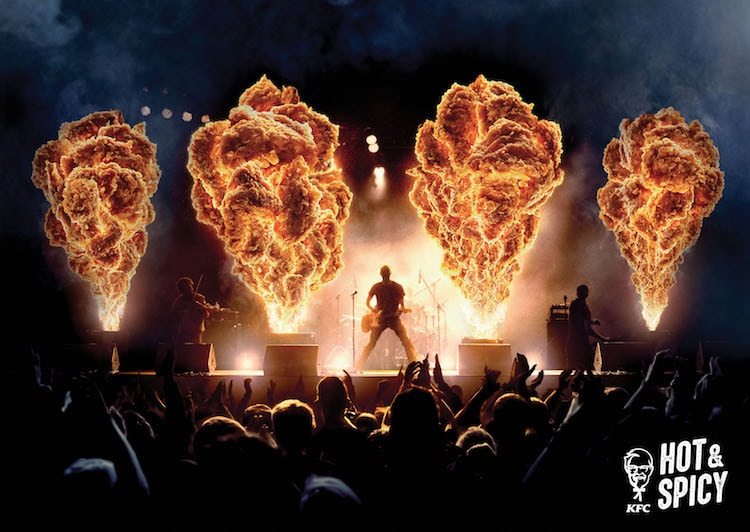 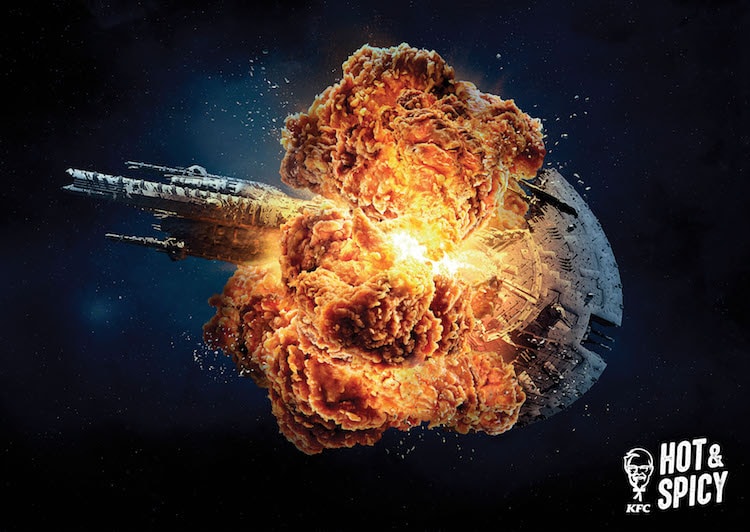 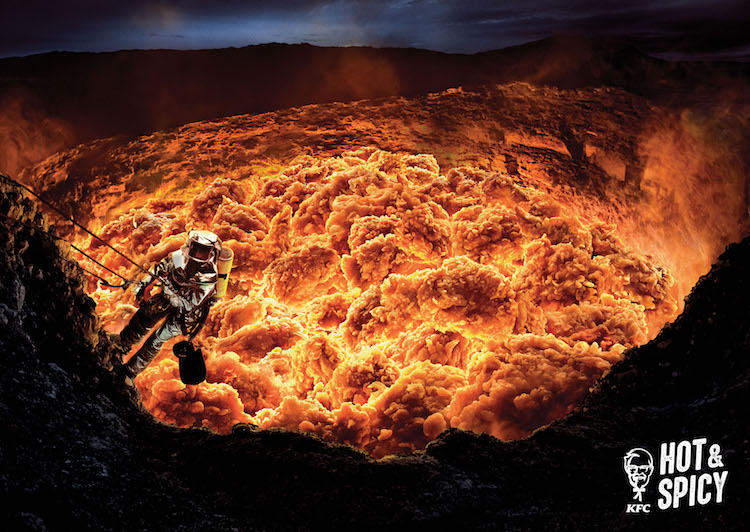 My Modern Met granted permission to feature photos by Ogilvy.